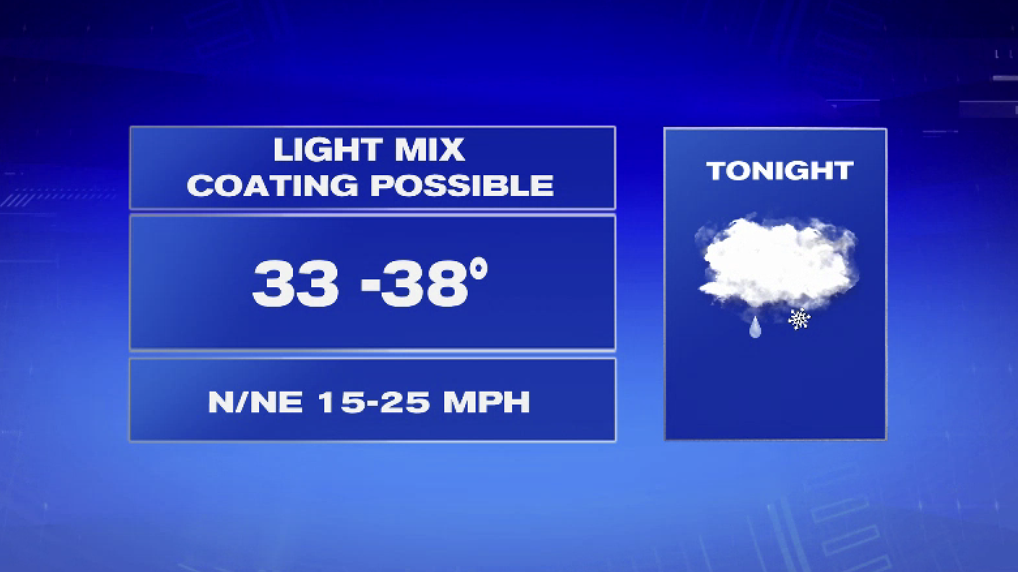 7Weather- The wet weather gradually ends overnight tonight through early Saturday morning, and then there are lots of clouds around this weekend.

We’ll have a light mix of rain and snow tonight with temperatures in the mid and upper 30s. The wintry mix that falls tonight won’t amount to much. Expect patchy coatings around the area. It will also be windy with a sustained wind between 15-25 mph. 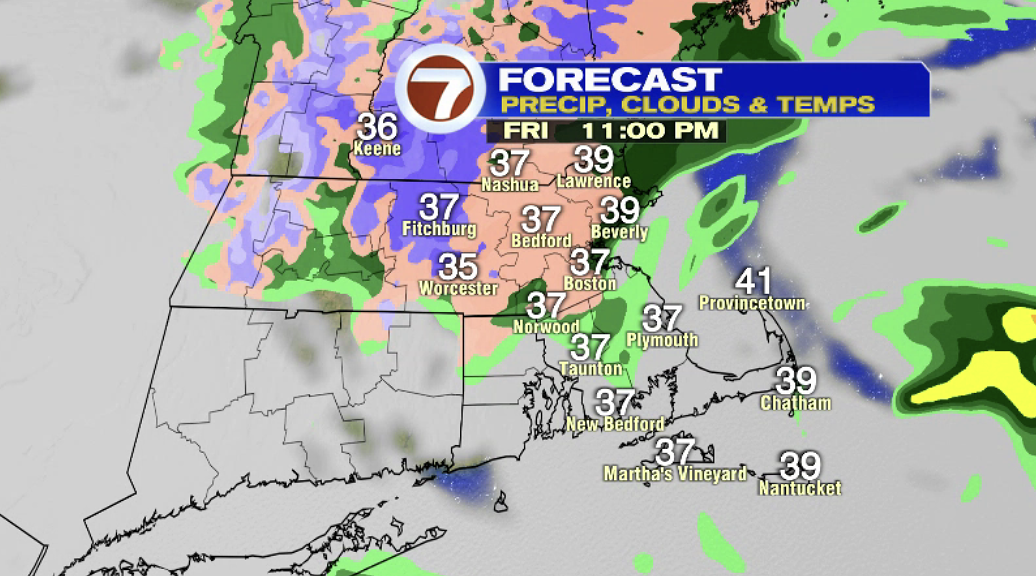 Our higher elevation saw the most snow from this April storm. Jeffrey, NH got 9.0″ of snow, and Worcester came in just under 7.0″ of snow.

Areas north of the Pike and inside of I-495 received anywhere from a coating to 2.5″ of snow. 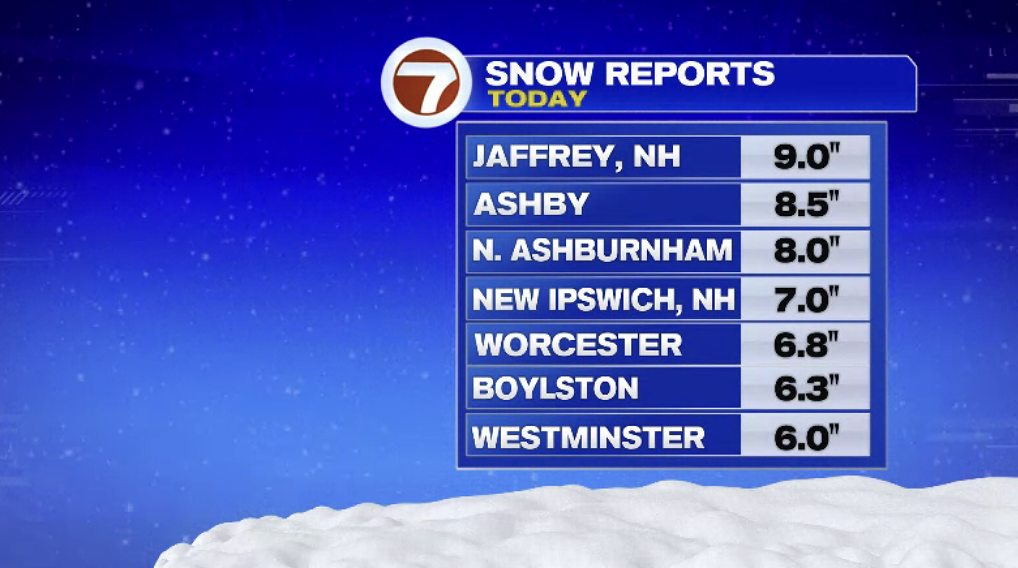 It’s not unusual to see snow in April in New England, but typically we see it throughout the first couple of weeks. On average Boston gets 1.6″ of snow in April, but we only recorded 0.1″ at Logan today. 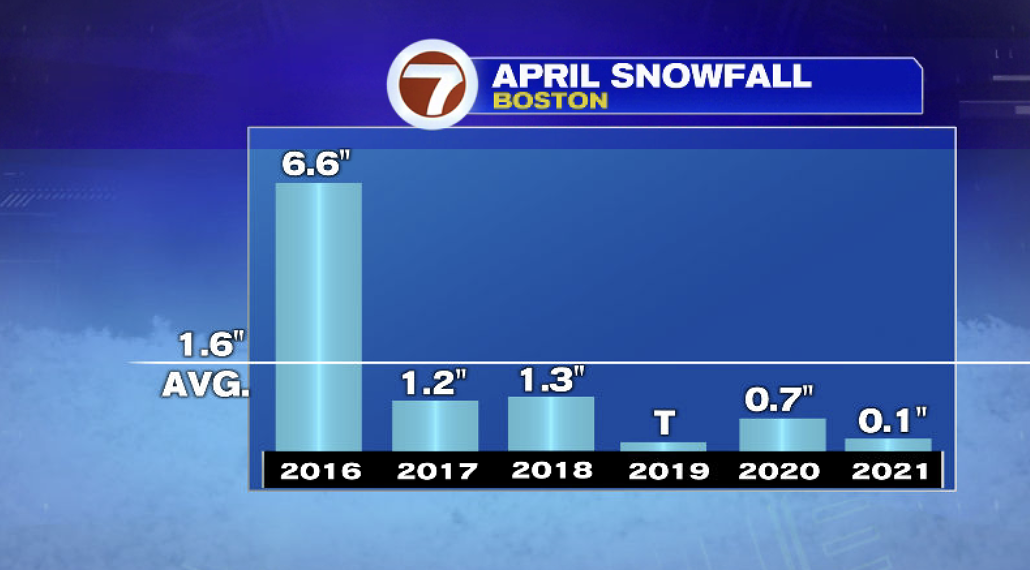 It has been wet since mid-day Thursday, but it’s a good thing! We really needed this wet weather. Most areas recorded anywhere from 1.50″-2.50″ of rain. 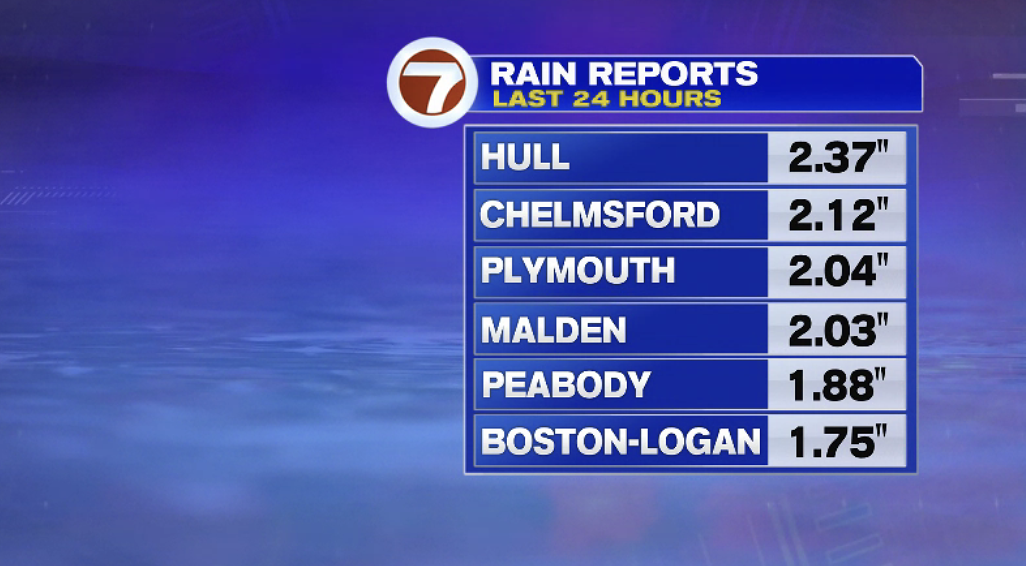 The pick of the weekend is Sunday. Saturday will be mainly cloudy, windy to breezy, and chilly in the 40s. Sunday has a better chance of clearing, so we’ll go with clouds and sun with mild highs. 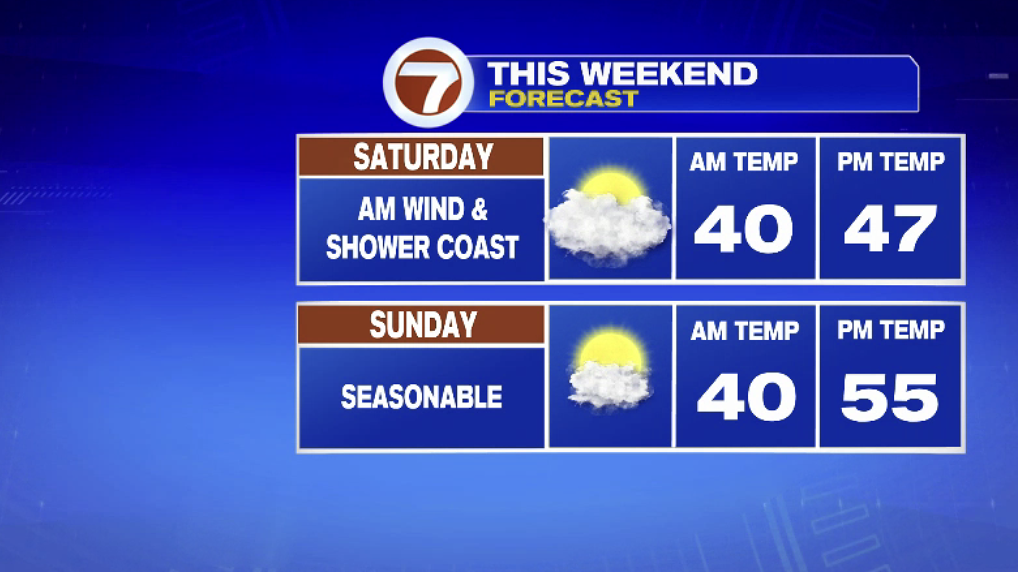 It looks like there will still be wind, patchy fog and drizzle Saturday morning. Temperatures start in the mid and upper 40s, and then we only make into the upper 40s in the afternoon. Most of the day is cloudy, but we might see a bit of clearing as we approach sunset. 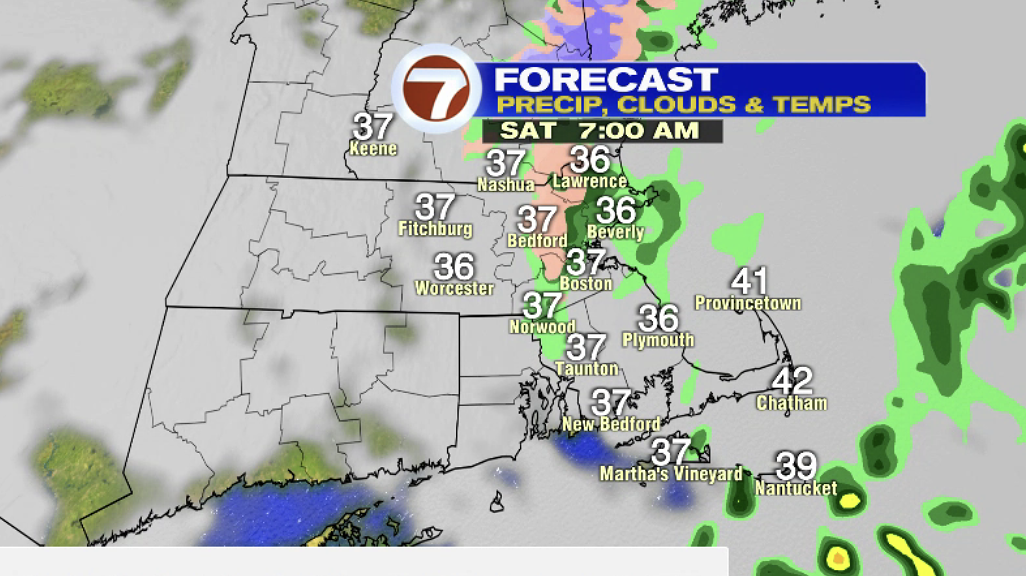 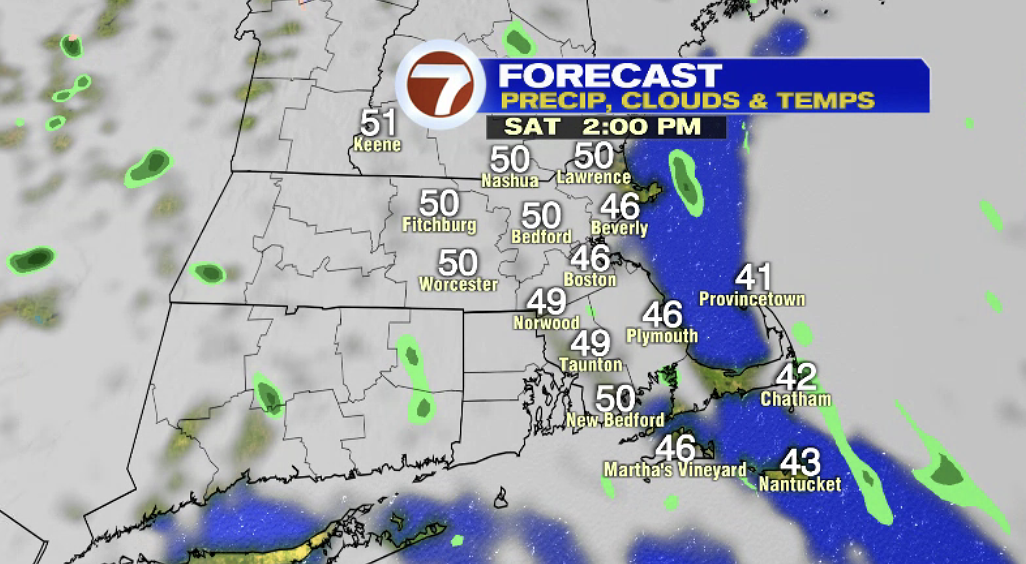 There is a better chance of clearing on Sunday, and much less wind. Expect a mix of clouds and sun. We start in the upper 30s to low 40s in the morning, and then eventually make it between 54-60º. 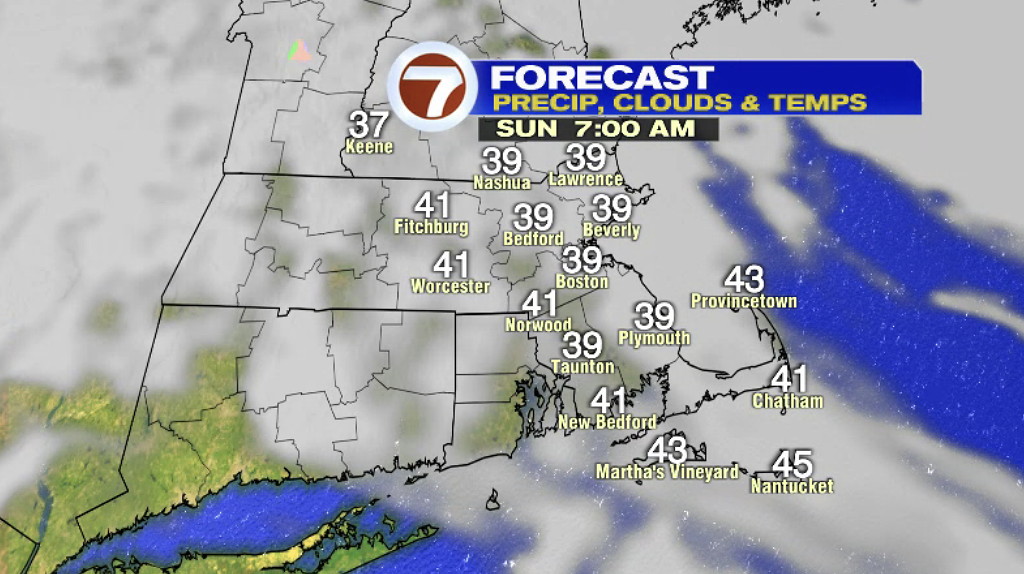 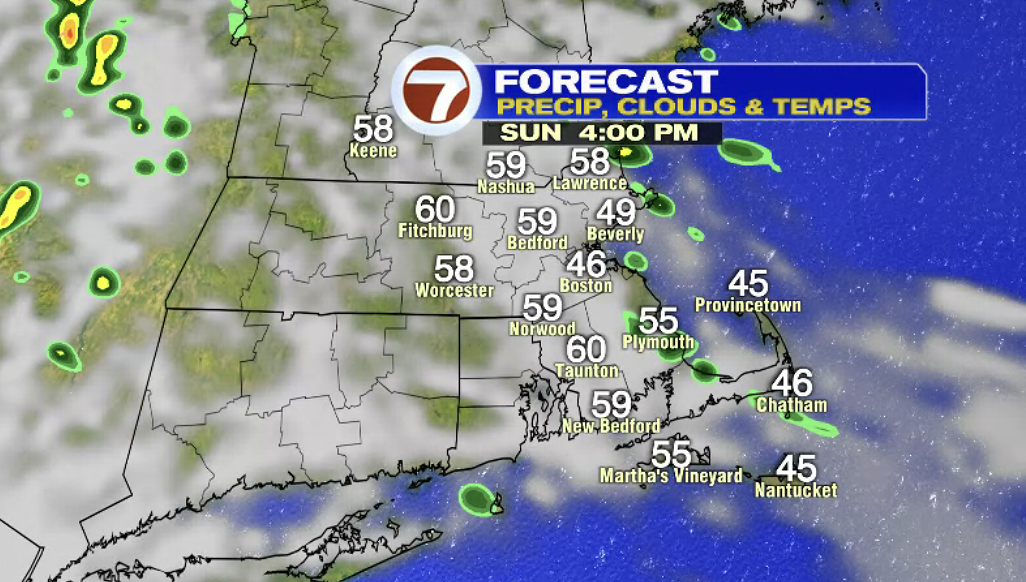 The start of the week is a treat! Monday is partly sunny with highs in the low 60s. Tuesday has mainly sunny skies and highs near 70º. 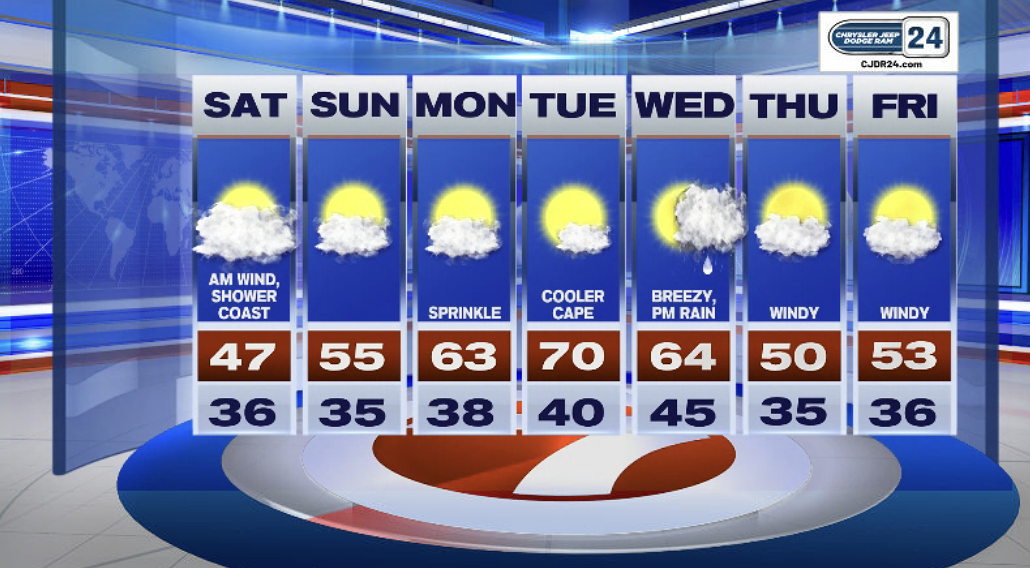