Weight loss, motherhood and the magazine quiz that made her rethink her marriage — what we learned from Adele’s Oprah interview 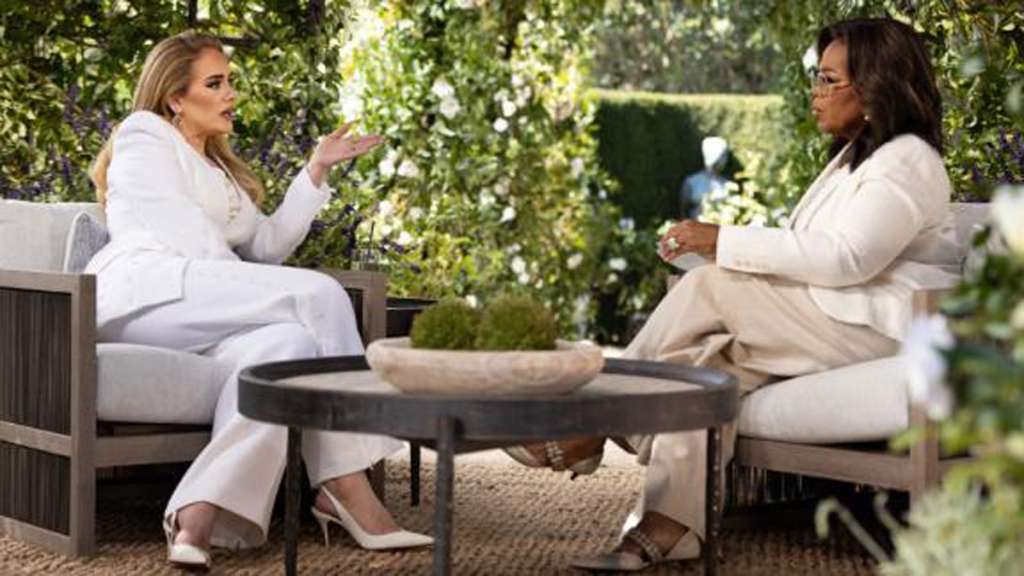 (CNN) — Adele has opened up about her weight loss, coming to terms with the collapse of her marriage and juggling motherhood and her musical career, in an exclusive interview with Oprah Winfrey.

The candid, wide-ranging sit-down — which took place in the rose garden where Winfrey also interviewed Prince Harry and Meghan Markle — was part of CBS’ special, “Adele One Night Only,” which aired on Sunday night.

The prime-time special featured a performance from an exclusive concert that was pre-recorded at Griffith Observatory in Los Angeles and was a prelude to the Grammy Award winner’s fourth studio album, “30,” which will be released on November 19.

Here’s what we learned from the conversation.

The singer said the plan was never to lose weight when she started her workout sessions, but simply to try to control her anxiety.

“I’m not shocked or even fazed by (people’s reactions to her body transformation),” Adele told Winfrey. “Because my body has been objectified my entire career.”

She is ‘disappointed’ about her split from ex-husband Simon Konecki

Lifting the lid on the collapse of her marriage to Simon Konecki publicly for the first time, she admitted that the divorce left her disappointed both for herself and for their son, Angelo.

The couple announced their split in September 2019, with Adele filing for divorce.

“I’ve been obsessed with a nuclear family my whole life because I never came from one,” she explained.

Recalling the moment she knew she needed to end her marriage, she said she and her friends were doing a magazine quiz that posed the question “What’s something that no one would ever know about you.”

“I just said it in front of three of my friends, I was like, ‘I’m really not happy. I’m not living, I’m just plodding along.’ … It was when I admitted to my own friends, who thought I was really happy, that actually I’m really unhappy, and they were all aghast.”

She believes her ex-husband saved her life

Reflecting on her relationship with Konecki, she credited him with saving her life and preventing her from going down a path of self-destruction.

“I could have easily have gone down some dodgy paths … and sort of self-destructed from sort of being so overwhelmed by all of it, and he came in, and he was stable, the most stable person I have ever had in my life up until that point.”

The couple still live opposite each other in Los Angeles and continue to co-parent 9-year-old Angelo.

The star went on to reveal that despite going their separate ways, she still trusts Konecki with her life. “I feel like him and Angelo were angels sent to me, that’s how I feel,” she added.

When Winfrey noted that “30” sounded like Adele had “literally opened up your soul” and “pain was almost like a muse for you,” Adele revealed that the album was written in real time.

“Everything was happening in real time. I was writing my album, you know, while I was going through everything.”

After Winfrey reminded her of the success of her single “Hello” — the lead single off her third studio album, “25” — Adele stated that her music “definitely channels from somewhere else” during the creative process.

Adele added: “I don’t know how I access it. It’s wild cause I don’t think I’m that deep in real life.”

She wasn’t afraid to share private details of her personal life on the album because “nothing is as scary as what I’ve been through over the last two/three years behind closed doors.”

The album is dedicated to her son

Adele said she struggled to explain to Angelo that she was no longer in love with his father.

“There were so many answers I couldn’t give him because there aren’t any,” she said.

She told Winfrey that she prepared for the reality that he will be “livid” with her as an adult for dismantling his life for her happiness and “30,” which is dedicated to him, is her way of showing him “who I am.”

“The whole album is not about him, it’s about me and I just wanted for him to hear me talking madly deeply about who I am and how I feel,” she said.

“I don’t know if I’ll ever be able to have that conversation with him in real life, so therefore he can go and listen to it.”

Asked she would like to grow her family, she said: “I’m definitely open to it. I would like more children. It wouldn’t be the end of the world if I don’t have them, cause I have Angelo.”

She was with her estranged father for his final days

The interview also shed some light on Adele’s fraught relationship with her estranged father, Mark Evans, who suffered from alcoholism and left her as a child.

The London-born musician revealed that they reconciled over the past three years. Before his death in May this year, she played him her new album.

“We forgave each other. … We found our peace together, and then I played the album to him on Zoom,” she said.

Recalling their listening session she told Winfrey: “His favorites were all of my favorites, which I thought was amazing.”

She described spending time with her father before his death as ” very, very healing,” adding that “when he died, it was literally was like the wound closed up.”

Rich Paul romance is the first time she’s loved herself

The 33-year-old revealed in her Vogue cover story last month that she started dating the sports agent at the beginning of 2021, after the pair met at a party two years ago.

Asked what attracted her to him she said: “He’s just hilarious. Oh, he’s so funny, he’s hilarious, yeah. And very smart. You know, he’s very, very smart. It’s quite incredible watching him do what he does. And just the easiness of it.”

She said that her romance with Paul, who is the founder of the United Talent Agency (UTA)-affiliated Klutch Sports, is first time she’s “loved myself” as well as being the first time she has “been open to loving and being loved by someone else.”

Before “Adele One Night Only” aired, the singer revealed to fans on Twitter she had “never been so nervous in my life,” because of Angelo being in the audience.

She went on to thank Oprah for “allowing me to tell my truth lovingly in a safe space.”

“The whole thing was pretty overwhelming, I’ve seen it twice and cried my eyes out both times,” she told her 26.7 milllion followers.

“Having been on such a rollercoaster the last few years and then the pandemic, it was hard to imagine being on stage singing again ever. So the fact that I got to and also got to sing my new songs, has me feeling a million things at once!”