Who was Halyna Hutchins? Tributes paid to director of photography killed by prop gun 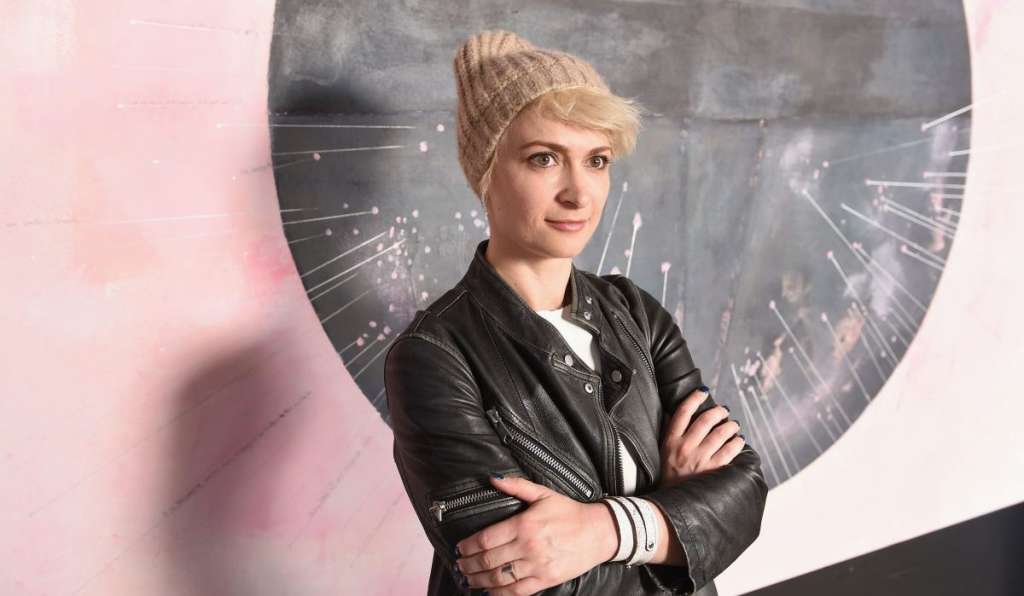 Cinematographer Halyna Hutchins, pictured here in 2019, was killed on the set of the movie "Rust" on Thursday. Credit: Fred Hayes/Getty Images

(CNN) — The film industry has been left shocked and in mourning after cinematographer Halyna Hutchins was killed on set when actor and producer Alec Baldwin discharged a prop firearm.

Hutchins, who was 42, was director of photography for Baldwin’s latest movie, “Rust,” a Western which was being filmed in New Mexico and stars Baldwin, Travis Fimmel and Jensen Ackles.

According to law enforcement statements provided to CNN, Hutchins was shot around 1:50 p.m. Thursday local time and was airlifted to hospital but died of her injuries.

Born in Ukraine, Hutchins lived in Los Angeles and graduated from the American Film Institute in 2015. She was credited with involvement in the production of 49 film, TV and video titles during her career, according to IMDB.

She worked on movies including “Archenemy,” starring Joe Manganiello, which was released last year, and was named a rising star by American Cinematographer magazine in 2019.

A rising star and a restless dreamer

According to her website, Hutchins was raised at a Soviet military base in the Arctic Circle and initially studied as a journalist, graduating from Kyiv National University with a degree in international journalism, before going on to work on documentary productions across Europe and switching to film.

On her Instagram page, she described herself as a “Restless Dreamer. Adrenaline junkie. Cinematographer” and shared photos of the “Rust” set.

Her final post, on Wednesday, showed a video of her riding on horseback in New Mexico.

Film director James Cullen Bressack commented on her post to say: “I will miss you my friend…. This is devastating.”

Other directors paid tribute to Hutchins.

“Archenemy” director Adam Egypt Mortimer said: “I’m so sad about losing Halyna. And so infuriated that this could happen on a set. She was a brilliant talent who was absolutely committed to art and to film.” He said in a further tweet she had “a brilliant mind.”

AFI Conservatory, a film school which is part of the American Film Institute, tweeted Friday: “As is profoundly true in the art of cinematography, words alone cannot capture the loss of one so dear to the AFI community. At AFI, we pledge to see that Halyna Hutchins will live on in the spirit of all who strive to see their dreams realized in stories well told.”

A talented woman in a male-dominated industry

Hutchins’ achievements as a cinematographer were notable in an industry dominated by men.

Casting director, producer and writer Sidra Smith posted on Instagram that she was left “devastated” by the news about Hutchins, with whom she worked on the TV mini-series “A Luv Tale.”

“It’s hard out here for women cinematographers and this was a HUGE opportunity for her. She was so young and so talented. Halyna and I spent so much time together. She was so beautifully gracious and words cannot express how supportive she was to me,” Smith wrote. “God bless her beautiful heart and soul.”

Director Joel Souza, 48, was also injured in the incident and taken to Christus St. Vincent’s Regional Medical Center for care.

Baldwin was photographed looking distraught in the parking lot outside the Santa Fe County Sheriff’s Office on Thursday after being questioned.

Investigations remain ongoing, with many people asking how such a tragedy could happen on a film set — 28 years after Bruce Lee’s son Brandon Lee was accidentally killed on set by a firearm.

A spokesperson for the Ukrainian Ministry of Foreign Affairs said Ukraine’s consulate general in San Francisco was cooperating with US law enforcement representatives as they investigate and was reaching out to Hutchins’ relatives “in order to provide the necessary consular and legal assistance.”