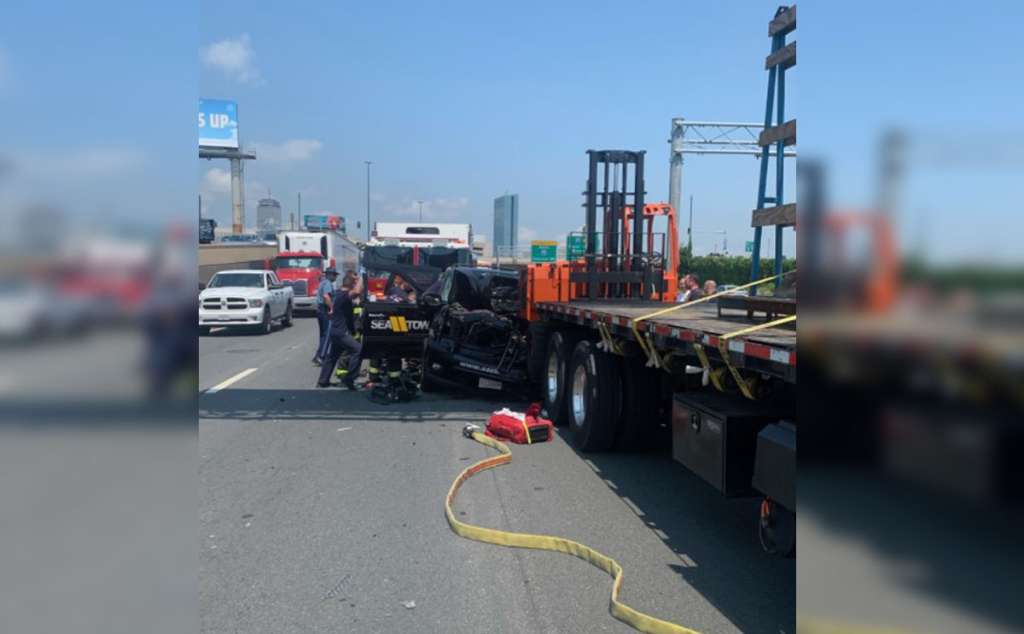 BOSTON (WHDH) - One person was seriously injured in a four-car crash that shut down part of Interstate 93 in Boston on Thursday, officials said.

Emergency crews responding to a report of a crash on the southbound side of the highway near Southampton Street before 12 p.m. had to extricate one driver from their wrecked vehicle, according to Massachusetts State Police.

The driver was taken to an area hospital with serious injuries. No other injuries were reported.

The crashed forced the closure of three travel lanes, causing lengthy delays in the area.

All lanes have since been reopened.