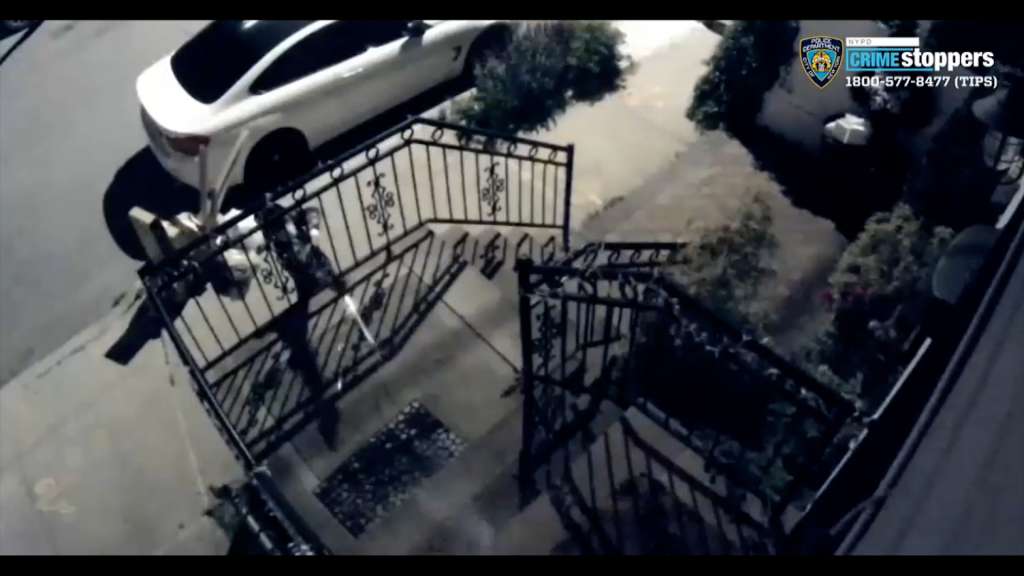 The NYPD has released video showing a male approaching a house in the Far Rockaway neighborhood of Queens Saturday night and shooting multiple rounds through a stair railing before fleeing. Credit: NYPD

(CNN) — A 10-year-old boy was shot and killed Saturday night when an unknown shooter fired numerous rounds at a home in the Far Rockaway neighborhood of Queens, according to the New York Police Department.

Police said they responded to a call of “persons shot” at around 9:33 p.m. and found Justin Wallace “unconscious and unresponsive with a gunshot wound to his torso,” a news release states. Justin didn’t live at the home where he was shot, a police spokesperson said.

He was taken to St. John’s Episcopal Hospital, where he was pronounced dead, police said.

Another 29-year-old male also suffered a gunshot wound to his shoulder and was brought to Jamaica Hospital Medical Center in stable condition, the release states.

The NYPD released surveillance video Sunday showing a man approaching the house and shooting multiple rounds through a stair railing before fleeing. The police asked the public for help in identifying the man in connection to the Queens shooting.

“He had his entire life ahead of him. It’s a profound injustice. His killer will be brought to justice,” de Blasio said.

Shooting incidents in New York City were up 73% last month compared to May 2020, according to the latest NYPD crime statistics report.