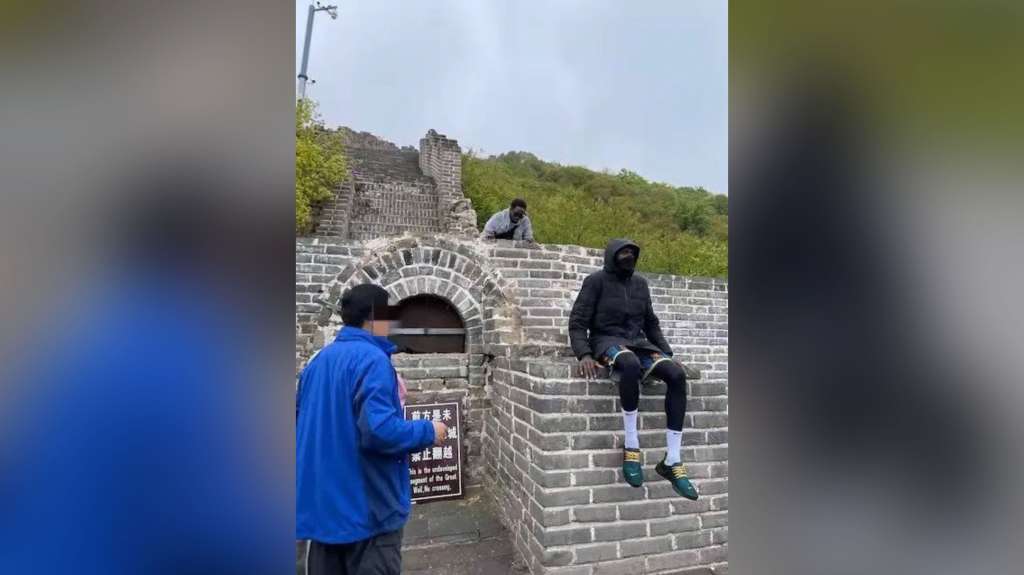 (CNN) — Two people have been banned from the Great Wall of China after trespassing onto an undeveloped section of the ancient structure, the operator of the wall’s Mutianyu section said Tuesday.

The two men, both from Senegal, were reported by other visitors on April 30 for having ignored a “no crossing” sign and climbed onto a part of the wall beyond Watchtower 20, which is still being redeveloped.

In a statement on the official Mutianyu Great Wall WeChat account, the operator said much of the wall in this area is unstable and in need of repair. “From a safety point of view, the Wild Great Wall is steep and the bricks are loose, so if you are not careful, you will get lost or get injured,” the statement said. “It is never suitable for climbing and walking.”

The operator called on visitors to respect and protect the ancient structure, which is a UNESCO World Heritage site.

After learning of the two men’s behavior, it said, the operator “immediately took corresponding measures, using the ticketing system and monitoring system to locate the information of the two tourists and put them on the ‘blacklist,’ restricting their eligibility to purchase tickets.”

According to the state-run Global Times newspaper, this may be the first time foreigners have been added to a tourism ban list, which have been rolled out by many attractions around the country to encourage more “civilized” behavior at scenic sites.

The paper said that the topic went viral on Weibo, China’s equivalent to Twitter, quoting one user as commenting “whether they are Chinese or foreigners, they should be treated equally if they violate the regulations.”

In March, three Chinese tourists caught defacing a section of the Great Wall near Badaling were detained and fined, and the operator warned that anyone caught doing so would also be banned.

The Great Wall is one of China’s most popular tourist attractions, drawing more than 10 million visitors a year prior to the pandemic. Even last year, more than 48,000 people visited per day during the country’s Golden Week holiday in October.

Despite the dire warnings about doing so, many people do in fact hike the undeveloped sections of the structure, with Lonely Planet having even released a guide to doing so, published in association with the China National Tourist Office, to the “Great Wall’s most spectacular wild hikes.”

The Mutianyu section of the wall sits about 60 kilometers (37 miles) north of central Beijing, and is one of the most well-preserved and popular sections of the monument to visit, though not as heavily trafficked as Badaling, the closest accessible part of the wall to the Chinese capital.

“It also must be pointed out that many unrestored sections of the Great Wall are not technically open to the public, though rarely policed,” the guide notes. “In fact, wild hiking on the Great Wall is quite common, with local tour companies running guided treks, some of them overnight.”