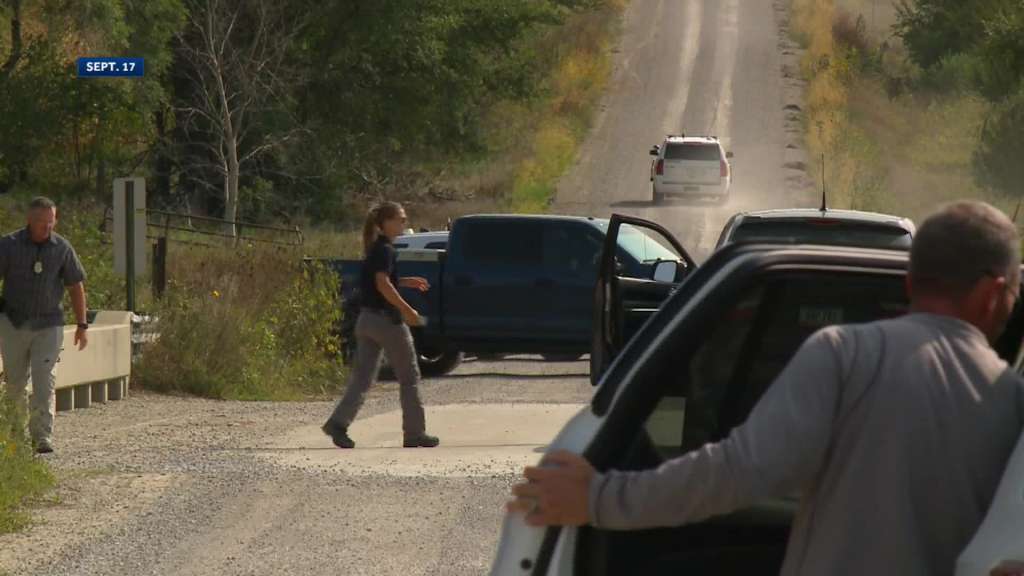 (CNN) — Authorities have arrested three men and one woman in connection with the death of a Black man whose burning body was found in a ditch in rural Iowa.

One of men arrested, 31-year-old Steven Vogel, who is White, was already in jail on unrelated charges and is now facing charges of first-degree murder and abuse of a corpse, according to the Iowa Department of Public Safety.

“The investigation has revealed no evidence to show the acts against Michael Williams were motivated by his race nor that his death was the result of a hate crime,” according to a statement from the Department of Public Safety.

Just after 5:30 p.m. last Wednesday, authorities received a report of a fire in a roadside ditch near the small city of Kellogg in central Iowa. Responding personnel found a body on fire and put out the flames.

The dead man was identified as 44-year-old Michael Williams of Grinnell, authorities said.

A police investigation found that Williams was killed on or about September 12 in Grinnell and his body was then wrapped in cloth and plastic, secured with rope and tape, and taken to Kellogg on September 16, where it was set ablaze, according to the statement.

In an affidavit supporting a criminal complaint against Vogel, a Grinnell police officer writes that a witness alleged that Vogel told him he had strangled Williams and showed him the body, which was in the basement of Vogel’s house in Grinnell.

Williams and Vogel knew each other for several years, the court documents say.

Vogel’s mother, Julia Cox, 55, and Roy Lee Garner, 57, who share the home with Vogel, will face charges of abuse of a corpse, obstructing prosecution (destruction of evidence) and accessory after the fact, according to court documents.

Cox told investigators she helped Vogel take an object wrapped in a brown blanket out of the back of a pickup last Wednesday before Vogel put it in a ditch, the affidavit says.

Garner said he drove the truck and dropped Vogel off in another town, then he and Cox drove to a rural area where they dumped items from the back of the truck in a ditch, according to the affidavit. Police located the dump site and found plywood, carpet, bleach bottles, rubber gloves, plastic, socks and a receipt with Vogel’s name, the affidavit alleges.

The fourth person arrested, 29-year-old Cody Johnson of Grinnell, is accused of abuse of a corpse and accessory after the fact. Johnson told police that he went to Vogel’s house on September 13 and they tried to move the body from the basement, according to the affidavit.

CNN has reached out to an attorney for Vogel for comment. It is unclear whether any of the others arrested have attorneys.

‘He was a family person’

Janalee Boldt, Williams’ ex-wife and the mother of his children, spoke to CNN affiliate KCCI about her ex-husband. “He was a family person,” she said. “His kids were always important.”

Williams, who was also a grandfather, had five children with Boldt. Two of them, Jameka and Michael, told KCCI they used to take walks with their father. “Sometimes we sat on the bench to stop and rest,” Jameka said. “My favorite memory about him is always making me laugh.”

Boldt told KCCI she is trying to hold it together for her kids. “My daughter will not let me outside in the dark by myself because she’s afraid of losing another parent,” Boldt said.

The family made “Justice for Michael” shirts using a logo designed by his son, who made sure to use purple — his dad’s favorite color. “I miss him,” Michael told KCCI.

Grinnell College canceled classes on Monday “to recommit ourselves to equity and inclusion and to recognize the violent loss of one of our community,” adding that “national context has become local experience,” according to a statement from the school’s president and the school’s chief diversity officer.

“This stark and brutal murder in the national context of racial injustice has struck intense fear for safety of our Black, Indigenous, and People of Color (BIPOC) colleagues, friends, and families,” President Anne Harris wrote in the statement.

In canceling classes, Harris hopes students think of actions that can be taken to build the community and prevent further suffering.

Friends of the Williams family started a GoFundMe campaign to raise money to help pay for any expenses that they might incur from the investigation, to cover costs of the burial, as well as for living and transportation expenses for his children.