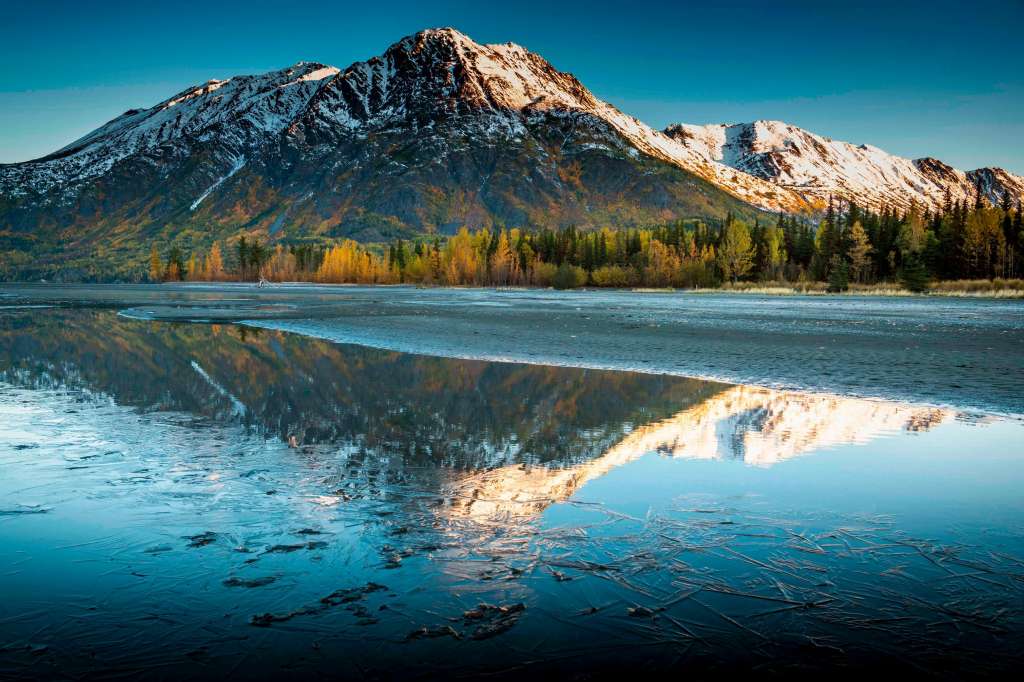 (CNN) — This holiday season has been quite unseasonal, at least as far as temperatures go.

The South has been running 35 degrees above normal. In the North, temperatures have been 25 degrees below normal.

But Alaska may have taken the cake.

On Sunday, Kodiak Island in southern Alaska hit 67 degrees. That’s warmer than it was in Southern California that same day.

This set a record for the warmest December day in Alaska, according to the National Weather Service in Anchorage. Statewide temperature records in Alaska date back to 1953.

What makes this record truly amazing is how little sunlight Alaska gets at this time of year. The sun is only above the horizon for about six hours a day in Kodiak in late December. It rises around 10 a.m. and sets again shortly after 4 p.m.

“The fact that this unprecedented warmth is occurring in late December, when the sun angle is at the lowest point in the Northern Hemisphere and Alaska is getting the least amount of the sun’s energy, makes it all the more remarkable,” said CNN meteorologist Brandon Miller.

“In late December,” Alaska climatologist Rick Thoman marveled on Twitter. “I would have not thought such a thing possible.”

What’s behind the weird weather

The exceptional warming in Alaska is in stark contrast to the weather in the Northern US, where temperatures are well below normal.

But all of these extremes are connected.

“The extreme warmth in December can be tied to the same feature bringing the cold, wintry weather to the Pacific Northwest and Northern California,” said Miller. “A strong area of high pressure is anchored in the Northern Pacific, a few hundred miles south of the Gulf of Alaska. That high pressure causes clockwise flow around it, which draws up warmer, more tropical air from the Pacific on its western side, into Alaska.”

This is what has been responsible for the record warmth in Alaska. But Kodiak Island isn’t alone, and other places across the state have set records.

Cold Bay was anything but cold the day after Christmas, when the temperature rose to 62 degrees, shattering the old record for the date of 44 degrees, last set in 1990.

On the eastern flank of the high pressure, cold, Arctic air dove south and pushed temperatures well below normal on the West Coast.

“While Kodiak, Alaska, was reaching 67 degrees on Sunday afternoon, Seattle was more than 40 degrees colder, with 24-degree temperatures and snow falling,” said Miller.

Much further south, Los Angeles didn’t even hit 60 degrees on December 26, their high was only 59. Both Palm Springs and San Diego were also cooler than Kodiak Island — neither city topped 65 degrees.

“We’ve become somewhat numb to these ‘never before seen’ extremes in temperature and weather as climate change continues to push the envelope on what is possible all over the globe,” said Miller. “In and around the Arctic this is especially true, where temperatures have been rising around twice as fast as the rest of the planet.”

With warmer air comes wetter air, as the atmosphere is capable of holding more water vapor as temperatures increase. This is why rainfall rates and flash flooding are increasing globally as temperatures rise with global warming.

“Each degree Fahrenheit of warming can hold about 4% more water vapor, and much of Alaska was 40 degrees or more above average temperatures for late December,” said Miller.

This left the region primed for unprecedented precipitation.

On Sunday, Fairbanks saw one of its wettest days, with nearly three times the monthly average precipitation falling in a single day. Nearly two inches of liquid-equivalent precipitation (a combo of rain, freezing rain and snow) fell on the 26, the wettest December day there and the 3rd wettest day on record for any time of the year.

The deluge capped off a record-shattering month in Fairbanks, which has seen 4.75″ of liquid-equivalent precipitation for the month of December (nearing 10-times their average of just over half-an-inch), making it the wettest December on record, and the second wettest winter month on record.