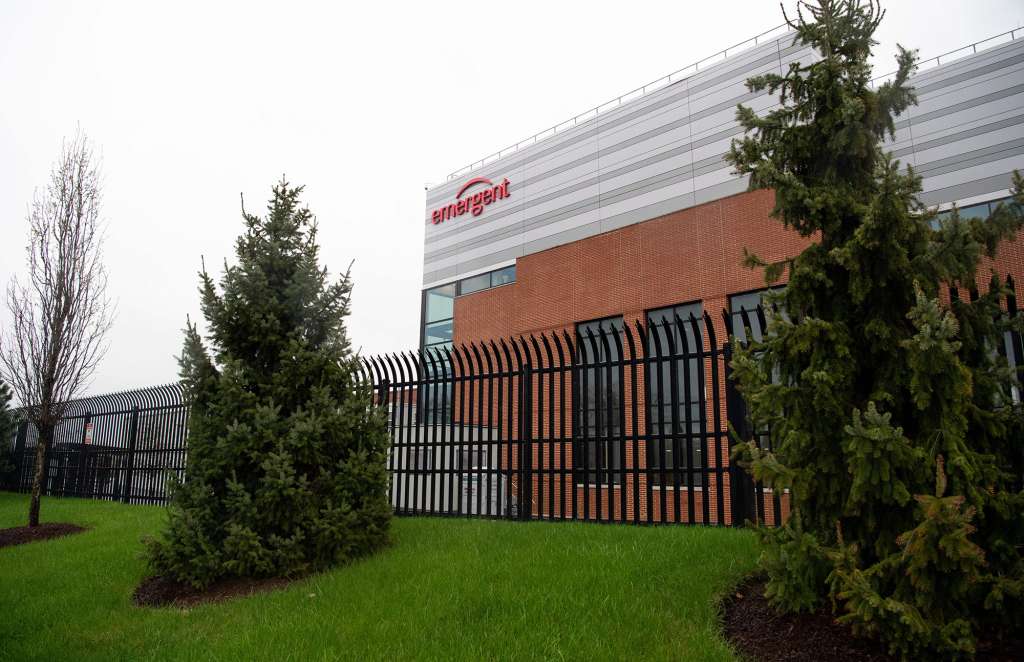 The Emergent BioSolutions plant, a manufacturing partner for Johnson & Johnson's Covid-19 vaccine, in Baltimore, Maryland, on April 9, 2021. - Deliveries of the Johnson & Johnson coronavirus vaccine in the US are set to drop off sharply next week, US health authorities said Friday, stoking further unease about the pharmaceutical giant's production abilities after it emerged that a batch of some 15 million doses had been accidentally spoiled at the plant. (Photo by SAUL LOEB / AFP) (Photo by SAUL LOEB/AFP via Getty Images)
CNN

(CNN) — Emergent BioSolutions’ stock lost more than half of its value since the disclosure that it ruined as many as 15 million doses of Johnson & Johnson’s Covid-19 vaccine at its Baltimore plant. But the company’s CEO dumped more than $11 million worth of stock ahead of the stock’s massive decline.

Johnson & Johnson announced on March 31 that problems at the Emergent plant had made the potential doses of vaccine unusable. Emergent had contracted to make the covid vaccine for the drugmaker. The plant also ran into problems with Covid-19 vaccines it is making for AstraZeneca — a vaccine in use in Europe and elsewhere in the world, but not yet approved for US use.

Following an inspection by the Food & Drug Administration, Emergent agreed on April 16 to halt production of the vaccine and to quarantine existing material manufactured. That production has yet to resume. The stock tumbled as news of those problems were disclosed.

But Emergent CEO Robert Kramer avoided much of those declines. He sold 97,849 shares of the company’s stock between January 15 and February 26, for a total of $11.1 million, according to filings with the Securities and Exchange Commission. He sold the stock for prices ranging from $93.49 to $123.45 per share, for an average price of $113.73. But shares have lost nearly half their value since Kramer’s most lucrative sale on February 9: It closed Friday at $61.94.

If he had held onto those nearly 100,000 shares he has sold so far this year, they would be worth about $5 million less than the price for which he sold them.

The sale of the stock was first reported by the Washington Post. Asked for a comment, the company pointed to a statement given to the Post: “Mr. Kramer, our executive team, and our board of directors are held to the highest ethical standards and follow strict compliance with all laws and regulations governing financial transactions. Any insinuation of wrongdoing is without evidence or merit.”

The shares sold were in accordance with a plan that Kramer put in place in November, according to the filings and a company spokesperson. Those kinds of plans are common for executives who wish to dispose of shares on a scheduled basis without their timing or motivation being questioned.

But the New York Times reported in earlier this month that the production problems at the Baltimore plant go all the way back to October, citing internal logs, a government official and a former company supervisor.

Kramer has sold a significant portion of his stake in the company since he started selling shares in January. He has only 163,147 shares left. His holdings have been reduced by roughly a third.

If the company can solve its problems, it is possible shares could rebound and it could turn out that Kramer’s stock sales were a bad idea.

The chief financial officer and chief medical officer of vaccine maker Moderna sold about $30 million of stock in May 2020, right after the stock gained 30% on news of some promising early results for its vaccine.

The stock initially retreated after that initial jump and those executives’ stock sales. But the stock has more than doubled in value since those sales as Moderna became one of the world’s primary suppliers of Covid-19 vaccines. The shares that the two sold then would be worth $63.6 million today.