Aliens definitely exist and they could be living among us on Earth, says Britain’s first astronaut 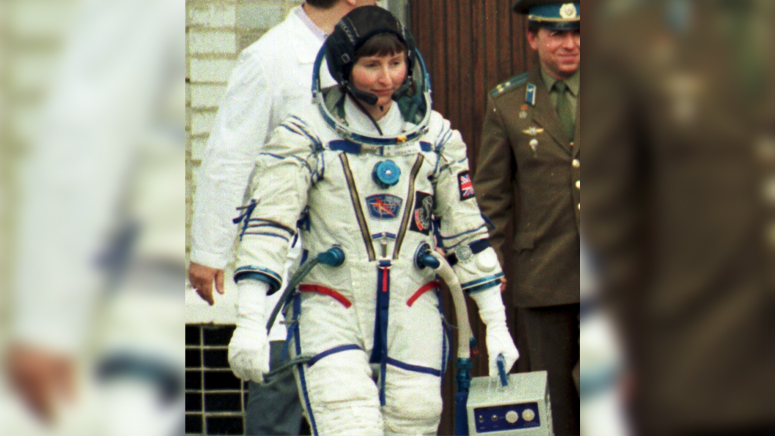 Britain's cosmonaut Helen Sharman walks towards the spaceship, Soyuz TM-12, prior to blast off on May 18, 1991, at the Cosmodrome, Baikonur, Russia. The other crew members were Russian flight engineer Sergei Krikalev and Russian Commander Anatoly Artsebarski. (AP Photo)

(CNN) — Aliens definitely exist, Britain’s first astronaut has said — and it’s possible they’re living among us on Earth but have gone undetected so far.

Helen Sharman, who visited the Soviet Mir space station in 1991, told the Observer newspaper on Sunday that “aliens exist, there’s no two ways about it.”

“There are so many billions of stars out there in the universe that there must be all sorts of different forms of life,” she went on. “Will they be like you and me, made up of carbon and nitrogen? Maybe not.”

Then, in a tantalizing theory that should probably make you very suspicious of your colleagues, Sharman added: “It’s possible they’re here right now and we simply can’t see them.”

Sharman was the first of seven Britons to enter space.

The chemist spent eight days as a researcher on the space mission when she was 27, making her one of the youngest people to enter orbit.

NASA rovers are trawling Mars for evidence of past or present life forms, but humankind’s endless fascination with extraterrestrial life forms has so far proved fruitless.

Sharman is not the only person to speculate that we’ve had brushes with aliens, though.

A former Pentagon official who led a secret government program to research potential UFOs, revealed in 2017, told CNN at the time that he believes there is evidence of alien life reaching Earth.

Elsewhere in her interview, Sharman said there is “no greater beauty than looking at the Earth from up high.”

“I’ll never forget the first time I saw it,” she added.

Sharman also discussed her frustration with observers defining her by her sex. “People often describe me as the first British woman in space, but I was actually the first British person. It’s telling that we would otherwise assume it was a man,” she said.

“When Tim Peake went into space, some people simply forgot about me. A man going first would be the norm, so I’m thrilled that I got to upset that order.”