All 7 mass vaccination sites to close by mid-July 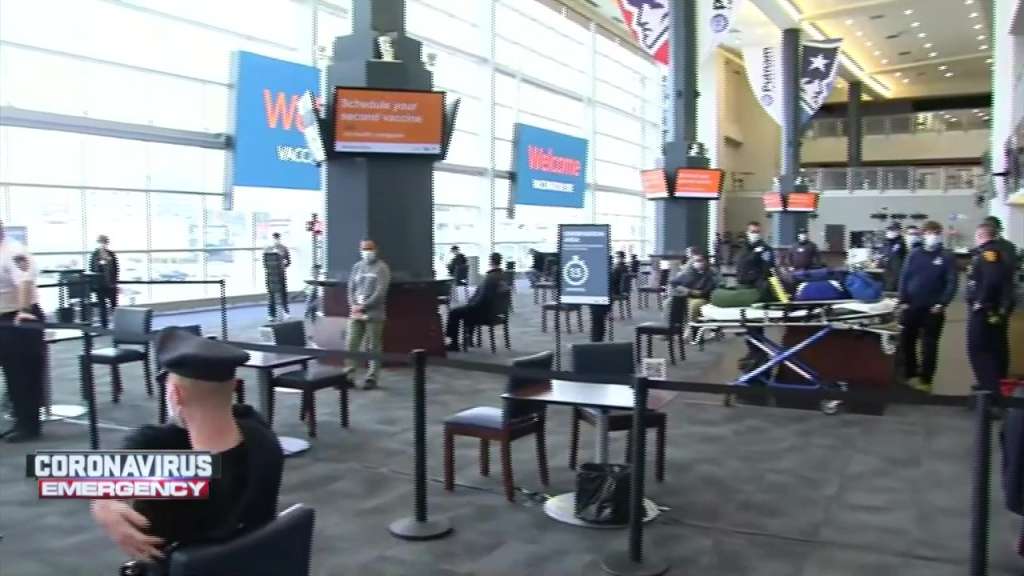 As the administration focuses on targeted outreach to unvaccinated residents, Gov. Charlie Baker announced Thursday that all seven of the state’s high-volume mass vaccination sites would close by mid-July.

Almost 3.7 million people in Massachusetts have been fully vaccinated against COVID-19 and nearly 4.5 million people have received at least one shot.

The strategy of using mass vaccination sites to deliver shots to residents in the early stages of the state’s COVID-19 vaccination was central to the administration’s strategy, but was also questioned at times by lawmakers and others over why Baker chose to prioritize limited doses for these sites.

The administration said Thursday that Gillette Stadium, which was the first mass vaccination site to open, will also be the first to close on June 14.

The Foxborough stadium will be followed in closing by the Hynes Convention Center on June 2, the Natick Mall on June 23, the Reggie Lewis Center on June 27, The Doubletree Hotel in Danvers on June 30 and the Eastfield Mall in Springfield on July 6.

The site at the former Circuit City in Dartmouth is scheduled to be the last mass vaccination to close on July 13.

A month ago Baker announced plans to close four of the seven high-volume vaccine sites – Gillette Stadium, Hynes Convention Center, Natick Mall and Danvers Doubletree – by the end of June.

The administration said Thursday that CIC Health and Curative, which has operated the sites for Massachusetts, will continue to support community mobile vaccination efforts, including on-site employer and school clinics.

More than 1.7 million doses of COVID-19 vaccine have been administered at the seven sites since Gillette first open on Jan. 18 for first responders and health care workers to begin to be vaccinated.