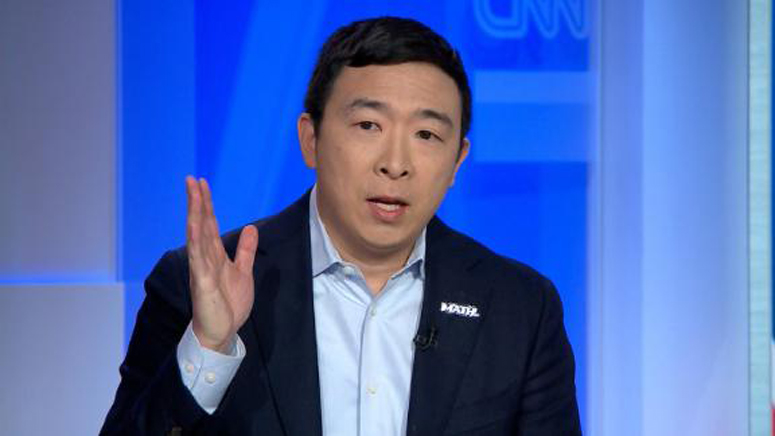 (CNN) — Andrew Yang, who unsuccessfully sought the 2020 presidential nomination and New York mayoralty this year as a Democrat, said Monday he is “breaking up” with the Democratic Party and has registered as an independent.

“I changed my voting registration from ‘Democrat’ to ‘Independent’ today. It was a strangely emotional experience,” Yang wrote in an essay posted on his blog, adding that he believes he can reach more people outside of the two-party system “effectively,” adding, “Breaking up with the Democratic Party feels like the right thing to do because I believe I can have a greater impact this way.”

The former businessman wrote that he has been a Democrat his entire adult life and registered as such in 1995 when he was 20 years old. He also reflected on moments of being a Democrat, including during his mayoral and presidential campaigns.

Yang, 46, wrote there had been “an odd fit” between him and the party, expressing that he was not “very ideological” but “practical” and that making partisan arguments “particularly expressing what I often see as performative sentiment — is sometimes uncomfortable for me.” Yang also said that now that he is an independent, he can be “even more honest about both the system and the people in it.”

“I’ve seen politicians publicly eviscerate each other and then act collegial or friendly backstage a few minutes later. A lot of it is theatre,” Yang said. “Perhaps it’s the nature of my upbringing, but I’m actually more comfortable trying to fix the system than being a part of it.”

Yang wrote about political division in an op-ed published by CNN on Sunday and said America is “deeply polarized.” He suggested a way to counter polarization is for more states to adopt an open primary system like Alaska.