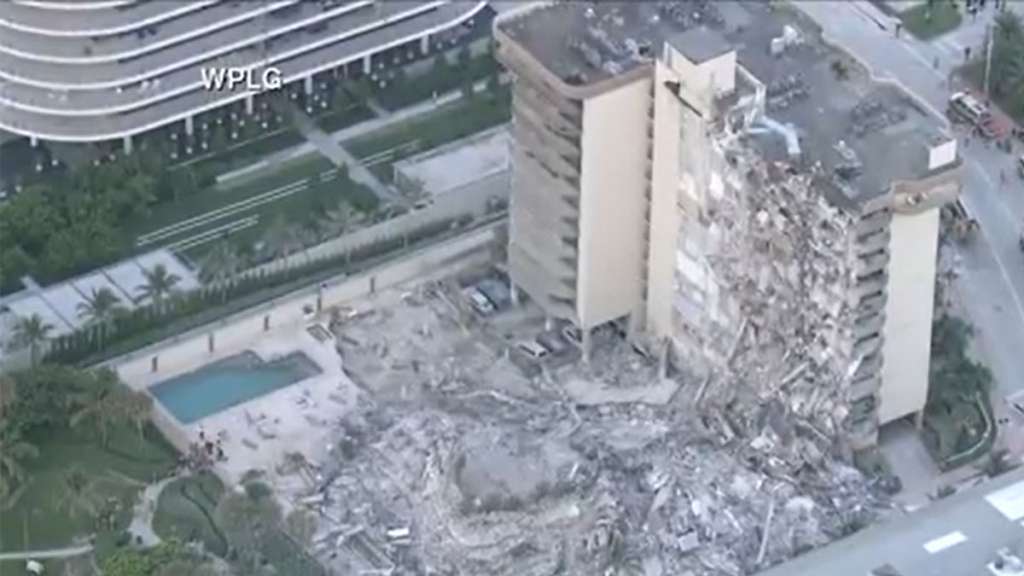 (CNN) — The deadly collapse of the condo building last month in the small town of Surfside has spurred reviews of building safety across South Florida, as officials and residents scramble to figure out the vulnerability of aging structures.

The latest is Boca Raton — a city with a population of close to 100,000 — where Mayor Scott Singer said Tuesday his city council is planning to institute a building recertification process that is similar to protocols in Miami-Dade and Broward counties.

But Singer noted that there will be key differences, including a shorter timeline to recertify buildings and greater reporting requirements.

The mayor added that officials are considering requiring buildings to be recertified after 30 years or fewer, but the details will be discussed further in the next few weeks as the city council introduces the measure.

“Our staff has been doing comprehensive inventory of our buildings. But not to serve only family residences but also our commercial buildings to figure out what’s the most appropriate,” Singer said at the live-streamed town meeting Tuesday. “I thought it was very important that we be proactive, that we put in more stringent requirements, and we ensure people that we’re taking greater steps for their safety.”

Boca Raton is located 38 miles up the Atlantic Coast from Surfside.

Shortly after the collapse, Miami-Dade County Mayor Daniella Levine Cava said officials will be reviewing buildings over 40 years old and more than five stories tall, “making sure everything is in order” with proper certification.

And the city of Miami sent a letter to buildings urging new inspections for those more than six stories tall and more than 40 years old.

Death toll climbs to 95, 14 unaccounted for

On Tuesday, the death toll in the condo collapse stood at 95 after crews recovered another body in the debris overnight, and another 14 people remain unaccounted for.

Eighty-five of the victims have been identified, and 85 next of kin have been notified, Levine Cava said.

“The process of making identifications has become more difficult as time goes on,” Levine Cava said. “We must rely heavily on the work of the medical examiner’s office … to identify human remains. The process is very methodical and it’s careful and it does take time,” she said.

The collapsed Champlain Towers South that was once too risky for heavy machinery has now been nearly leveled with the ground as excavators removed piles of rubble Tuesday.

Aside from intermittently stopping for issues related to dangerous conditions brought by weather and shifting debris, crews have worked on the site nearly non-stop since the collapse on June 24.

Since then, they picked up more than 8 million pounds of concrete from the collapse site, Levine Cava said.

Security around the site is also being tightened, according to Surfside Mayor Charles Mayor Burkett.

“I first want to touch on something that’s become more and more apparent as the operation has gone on — and that is the significance of that site with respect to the people who have lost their lives there,” Burkett said during a briefing Monday. “It is the right thing to do because it is obvious that this has become more than a collapsed building site. It’s a holy site.”

Airlines offer to fly in victims’ families for free

In support of the dozens of families grieving the loss of their loved ones, American Airlines and United Way are collaborating to provide free two-way flights to and from Surfside, Burkett said Tuesday.

“As the hometown airline, American is committed to caring for our community by providing immediate assistance to the families that have been affected by this tragedy. In partnership with United Way of Miami-Dade, we hope to be able to provide relief by reuniting families,” Juan Carlos Liscano, American’s vice president of Miami Hub Operations, said in a news release.

The tragedy has affected victims from multiple Latin American countries, including Colombia, Venezuela, Uruguay and Paraguay.

Surfside — a small, eclectic town of about 6,000 people — is also home to a large population of Orthodox Jews. Following the collapse when families were reuniting, it was common to hear a mix of conversations in Hebrew, Spanish, English and Portuguese.

The diverse community came together, attempting to grasp for strength in faith. Synagogues and churches opened their arms for emergency prayer services after the collapse. Vigils were held for the missing, and many prayed, sobbed and hugged with the tower’s ruins visible in the background.

Of the 95 people who have been confirmed dead, the youngest has been one-year-old Aishani Gia Patel, who was identified Tuesday by officials.

Patel was one of several children identified as victims of the tragedy.

Another was Stella Cattarossi, 7, who was among a family of five who died in the collapse.

On Monday, Marcelo Cattarossi spoke to CNN about the loss and said his niece had been the light of her mother Graciela’s and her grandparents’ lives. Taking after her artistic family, Stella had already begun painting, he told CNN.

Stella’s father was a Miami firefighter.

His parents Gino, 89, and Graciela, 86, were the anchors of the family whom he described as “adventurous” and “fearless.”

His sister, Andrea Cattarossi, 56, was an architect and a genius, he said. She was visiting her parents and youngest sister when the building collapsed. Andrea Cattarossi leaves behind three sons in Argentina.

His other sister, Graciela Cattarossi, 48, was a professional photographer and a free spirit, he said.