Antarctica’s last 6 months were the coldest on record 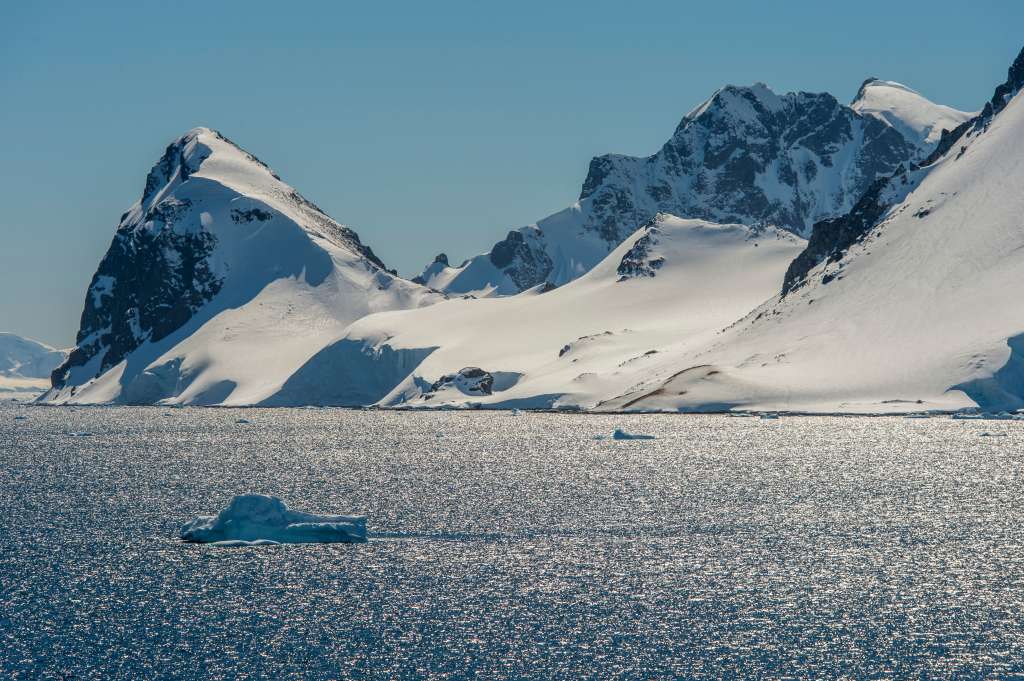 ANTARCTICA - 2013/11/29: View of backlit mountains in the Gerlache Strait at Cuverville Island in the Antarctic Peninsula region. (Photo by Wolfgang Kaehler/LightRocket via Getty Images)

(CNN) — In a year of extreme heat, Antarctica’s last six months were the coldest on record.

“For the polar darkness period, from April through September, the average temperature was -60.9 degrees Celsius (-77.6 degrees Fahrenheit), a record for those months,” the National Snow and Ice Data Center (NSIDC) said.

The last six months is also the darkest period at the South Pole, which is where the name polar darkness (also called polar night) comes from. Here, the sun sets for the last time around the spring equinox, and does not rise again until near the autumn equinox six months later.

“This is the second-coldest winter (June-July-August months) on record, behind only 2004 in the 60-year weather record at Amundsen-Scott South Pole Station,” the NSIDC said.

“The unusual cold was attributed to two extended periods of stronger-than-average encircling winds around the continent, which tend to isolate the ice sheet from warmer conditions,” the NSIDC explained. “A strong upper-atmosphere polar vortex was observed as well, leading to a significant ozone hole. The ozone hole appears to have peaked as of this post, with initial measurements reporting that it is in the upper quartile (top 25 percent) of ozone reduction events since 1979.”

The National Science Foundation, which runs the US Antarctic program, points out the winter temperatures have had minimal impact in science support from the South Pole, since most of the deep fieldwork occurs in the austral summer. However, the polar environments are still challenging.

“Everyone adapts to the cold differently, and today’s gear makes it much safer than in the days when Shackleton and the other explorers had little specialized gear; they had only wool socks and leather shoes to protect their feet!” a NSF spokesperson said. “All of NSF’s US Antarctic Program (USAP) participants are given extreme cold weather gear and are trained in how to recognize the dangers of extreme cold.”

One extremely cold winter is intriguing from a record keeping standpoint, but one season alone does not change the long-term progression, which is rapid warming.

“One such example is a cold snap, which can happen due to sudden changes in atmospheric circulation and may not be linked to climate change,” says Tom Slater, Research Fellow at the Centre for Polar Observation and Modelling at the University of Leeds. “Texas is a good example of this; even though parts of it experienced extreme cold weather earlier this year when air from the Arctic was pushed south, looking at the long-term change in temperature tells us that Texas is 1.5 degrees warmer on average now than it was 100 years ago. That’s climate.”

“In other words, while the globe may be warmer than average as a whole, some areas will still observe colder temperatures and even severe cold outbreaks,” says Zack Labe, Climate Scientist at Colorado State University. “This regional variation is due to the influences of the oceans, mountains, deserts, ice sheets, and other geographic features that all affect our weather and climate. It’s also from changes in weather patterns that are related to the position of the jet stream (storm track), which can vary from day-to-day or even month-to-month.”

So, this recent winter stretch from June-August is definitely interesting from a research standpoint, but it doesn’t necessarily reflect what Antarctica is doing in the long term.

One great example of this is while June-August of this year may have been quite cold, February of the previous year recorded the new all-time record high for the Antarctic continent. On February 6, 2020, the Esperanza Research Station recorded a high temperature of 18.3°C degrees (64.9°F). This broke the previous record for the Antarctic region (continental, including mainland and surrounding islands) of 17.5°C (63.5°F) recorded in March 2015 at the same station.

“There were thousands upon thousands of these penguins just in distress because they were so overheated and there was no snow,” Camille Seaman, a photographer who has traveled to Antarctica, told CNN in August. “They were looking for any little patch of snow or ice to lay on.”

Thanks to the extreme cold near the South Pole, Antarctic sea ice extent has been above average the last few months, peaking in late August when it reached the 5th highest in the satellite record.

However, ice near the North Pole has done quite the opposite.

The summer of 2021 was relatively cool near the North Pole compared to many recent years, according to the NSIDC, which allowed September’s ice extent to be the highest since 2014.

Literally everywhere else is warming

“Although global temperatures have risen by about 1.1 degrees in the past 150 years on average, different parts of the globe have warmed at different rates due to natural variations in the climate system such as cloud cover, land cover and atmospheric circulation patterns,” Slater said.

While scientists take note of the changes occurring at Earth’s poles, the bigger danger lies in the more populated continents where people live and work.

“As a climate scientist, I am particularly alarmed at how extreme heatwaves, such as the one which impacted the Pacific Northwest this summer, are projected to become more common in the future,” Labe said. “But right now we have a big opportunity. We can help reduce the severity and frequency of future extreme heatwaves (and overall climate change) by systematically reducing our consumption of fossil fuels.”

The impact to humans and animals takes center stage in the climate crisis.

“Extreme heat and humidity can pose severe health risks to people who have to endure them — on average the world now experiences an extra 14 days a year with temperatures of 45 C than 40 years ago,” Slater says. “That’s why I hope we will see nations enhancing their commitments to tackling climate change at COP26 in just a few week’s time.”