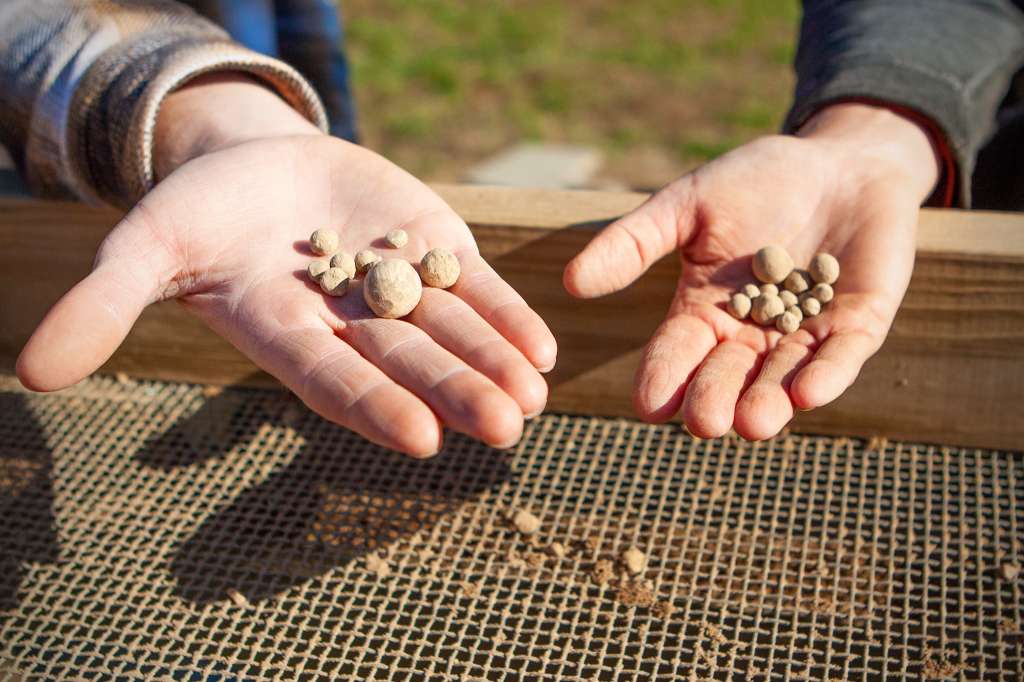 ST. MARY’S CITY, Md. (AP) — Maryland archaeologist Travis Parno was at a board game convention in Philadelphia, sitting at a table surrounded by thousands of other enthusiasts when he got a text message.

He was supposed to be on vacation, taking a break from his search for the legendary fort at St. Mary’s, the first permanent English settlement in Maryland and one of the earliest in what would become the United States.

Back at St. Mary’s, archaeological geophysicist Tim Horsley had been scanning a site a half-mile from St. Mary’s River with ground-penetrating radar that could detect the outlines of ancient buildings.

The text message interrupting Parno’s vacation was from Horsley. It said: “I think we found it.”

On Monday (March 22), Historic St. Mary’s City announced that Parno, director of research for the organization, and Horsley had indeed found the outlines of the palisaded fort that was erected in Southern Maryland by White settlers in 1634.

Horsley’s scans had revealed the imprint of post holes that formed a large rectangle with a semicircular bastion at one corner.

The scans also showed evidence of what appeared to be dwellings inside the fort, including several that may have been Native American.

Excavation later turned up evidence of the brick cellar of a guardhouse or storehouse, the trigger guard for a musket, and a quartzite arrow head that was 4,500 years old.

“This is our moment,” Parno said. “This is the earliest colonial archaeological site in Maryland. This is it.”

William M. Kelso, the archaeologist who in 1994 discovered the lost fort at Jamestown, Va., said the discovery is “extremely significant because St. Mary’s is sort of a sister colony … (and) it’s another page to the story, to chapter one.”

Archaeologists had been seeking the St. Mary’s fort since the 1930s. The site today is in an empty meadow where the wind blows off the river and the shadows of soaring turkey buzzards drift over the landscape.

It is owned by Historic St. Mary’s City and is about the size of a football field.

Much like the famous Jamestown fort, which marked the first permanent English settlement in what would become the United States, its exact location had been lost.

The original 150 colonists, including many English Catholics fleeing Protestant persecution back home, had arrived at St. Mary’s on two ships, the Ark and the Dove, in late March 1634, Parno said.

They were preceded by the English settlers at such places as Jamestown in 1607, Plymouth in 1620 and Massachusetts Bay in 1630.

“I found a most convenient harbor, and pleasant country lying on each side of it,” Calvert wrote to his business partner, Richard Lechford, on May 30, 1634.

“On the east side of it we have seated ourselves, within one half mile of the river,” he wrote. They had erected “a pallizado of one hundred and twenty yards square” with four bastions equipped with small artillery pieces.

White reported: “Our towne we call St. Maries … (It) abounds not alone with profit but also with pleasure.”

But like Jamestown, the settlement at St. Mary’s was later abandoned. The capital moved to Annapolis in the 1690s, and the site was left undisturbed and ripe for archaeology.

St. Mary’s has produced stunning archaeological finds in the past.

It was Maryland’s first capital and home to the first State House.

Anne’s coffin contained sprigs of the memorial herb rosemary, bits of a silk ribbon that may have been used to bind her wrists for burial — and much of her hair. The baby had suffered from the childhood disease rickets and probably scurvy.

The search for the fort had continued through the 1980s and ’90s with inconclusive results. The quest was put on hold for many years as St. Mary’s focused on other projects.

Parno resumed the hunt in 2017, and his find was deemed conclusive in late 2019.

The plan had been to announce the discovery last year, but the coronavirus pandemic brought that to a halt. Last summer, though, using coronavirus safety protocols, Parno was able to return to the site and uncover the top of what may be the cellar of a building inside the fort.

Parno noted that the site marks not only a turning point in Maryland’s colonial history.

“It also marked a massive moment of change for the native peoples of this region,” he said. “Archaeology in this area shows us people have been here for at least 10,000 years.”

White wrote that the colonists, “to avoid all occasion of dislike, and colour of wrong,” purchased from the local Yaocomaco Indians the land for 30 miles around, paying with axes, hoes, cloth and hatchets.

The Yaocomaco Indians tolerated the newcomers, he wrote, because the Indians had enemies: The “Sasquasahannockes … (who) come sometimes upon them, and waste and spoile them and their country.”

And the archaeology hinted that the fort may have been built around several existing native dwellings, Parno said.

The Yaocomaco people lived on both sides of the St. Mary’s River. The arrangement was that they would be allowed to stay on the east side with the colonists until the Indians’ crops there were harvested. Then they would move to the west side.

“Some few Indians are here to stay by us till next yeare,” Father White wrote. “Then the land is wholy to be ours alone.”

It’s not clear if, for a time, the colonists and the Yaocomaco lived together in the fort, according to the Historic St. Mary’s City website. “But it is likely that their residences were … in relative proximity to one another.”

And an Indian dwelling that had been vacated would have provided good shelter for weary colonists.

“You come off this ship after months, and you need a place to lay your head, and you want something that’s covered and warm,” Parno said.

One day this month, tiny pink flags marking the outline of the fort fluttered in the breeze as Parno’s team methodically scraped away soil at the site.

After Horsley’s scan found the fort’s outline in 2018, Parno said he verified it with excavation in 2019. He found that there had been a three foot deep trench where the colonists had stood the timbers for the palisade.

Inside the trench, the wood had left telltale stains in the soil. “It was clear as day,” Parno said.

But he had been surprised when the work revealed that the outline of the fort didn’t match Calvert’s 1634 description of it.

Instead of the large square palisade with bastions at the four corners that Calvert described, the team found a smaller, rectangular fort with one bastion.

The discrepancy may be because Calvert was describing plans for the fort before it was completed, according to Historic St. Mary’s.

As Parno walked the site this month, fellow archaeologist Stephanie Stevens paused with her shovel.

She had done archaeology at the site in 2017. “We had always heard about: ‘There’s this fort somewhere, but we don’t know where it is.’ All these different things,” she said.

Then one day Parno summoned the team, showed the scan of the fort’s outline and said, “We found it.”

“That was amazing,” she said.