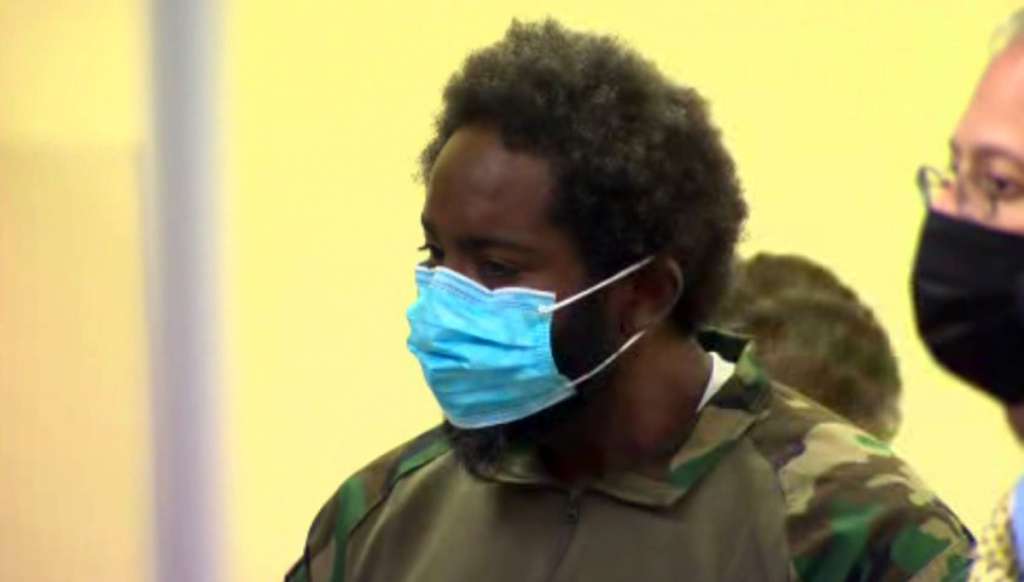 Quinn Cumberlander, 40, of Rhode Island, appears in court in Medford.

PROVIDENCE, R.I. (WHDH) - Two Rise of Moors members who were arrested in connection with an hourslong standoff on a highway in Wakefield, Massachusetts, earlier this month are now wanted on charges out of Rhode Island, authorities announced Tuesday.

An arrest warrant has been issued for 40-year-old Quinn Cumberlander on charges including three counts of providing false identifying information to purchase a firearm, according to Rhode Island Attorney General Peter F. Neronha.

Cumberlander allegedly provided false address information during multiple attempts to purchase firearms from a dealer in Warwick. On three separate occasions in 2021, Cumberlander is said to have applied to purchase a firearm using false information but was denied in every instance.

An arrest warrant has also been issued for 29-year-old Jahmal Talibabdulla Bey for violating the terms of his bail stemming from an ongoing criminal case, according to Neronha.

Bey was arrested on March 4, 2020, and charged with one count each of obstructing a law enforcement officer, disorderly conduct, and resisting arrest. Bey’s case is currently pending before the Providence County Superior Court. He was released on bail prior to his arrest in Wakefield.

Both Cumberlander and Bey are currently being held on charges in Massachusetts.

The standoff began when a trooper stopped to offer assistance to vehicles he found on the side of the highway that were refueling on the morning of July 3. Ten men, who were dressed in military fatigues and body armor and were armed with long guns and pistols, did not have licenses to carry firearms in Massachusetts, police said.

They told police they were traveling from Rhode Island to Maine to conduct what they called “training.”

Some of the men ran into the woods along Interstate 95, prompting a tense standoff that lasted several hours and completely closed the highway in both directions.

The Rise of the Moors website indicates that the men are not sovereign citizens, but the original sovereigns of the United States.