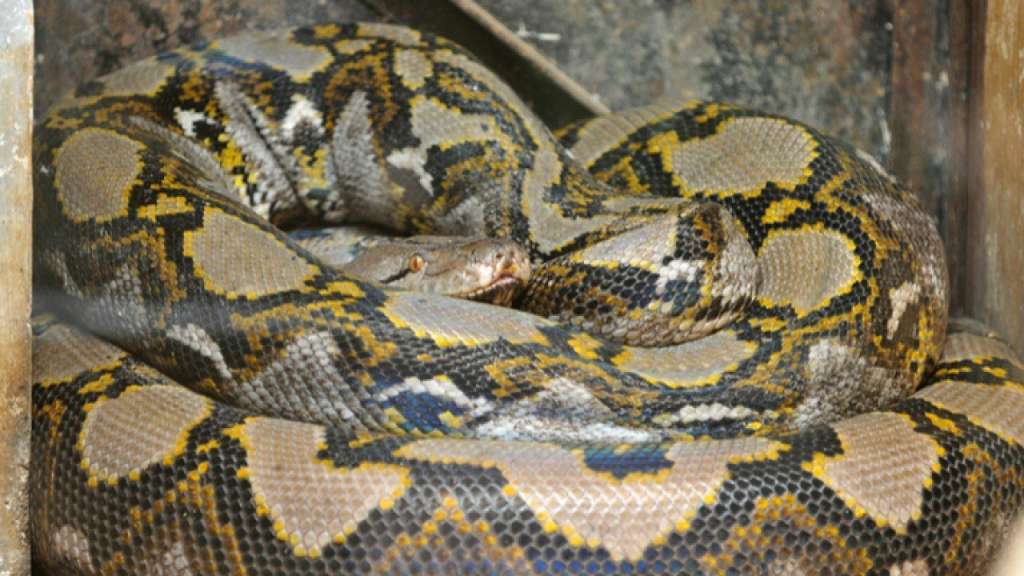 OXFORD, Ind. (AP) — An autopsy has determined that an Indiana woman found with an 8-foot-long (2.4-meter-long) python wrapped around her neck was killed by the reptile.

State Police said Friday the autopsy found that 36-year-old Laura Hurst’s cause of death was “asphyxiation due to strangulation by a snake.” Those findings are pending a final toxicology report.

The Battle Ground, Indiana, woman was found unresponsive Wednesday on the floor of a snake-filled home in the northern Indiana town of Oxford. The reticulated python was wrapped loosely around her neck. Medics were unable to revive her.

The home contained about 140 snakes, about 20 of which were owned by Hurst, who police said apparently kept them there and visited the home about twice weekly. The home’s owner had renovated it to house a snake collection.