Baker calls up National Guard ahead of election 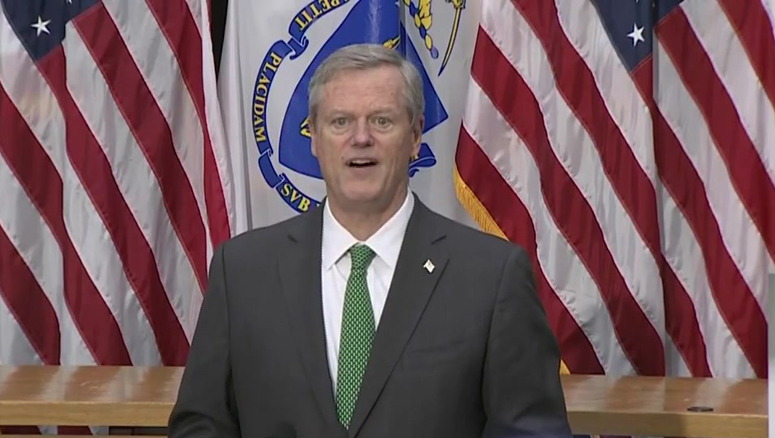 With a bitterly contested presidential campaign coming to a head Tuesday night or in the days following Election Day, Gov. Charlie Baker activated up to 1,000 members of the Massachusetts National Guard on Monday as one step in preparations to ensure Massachusetts “is positioned to maintain public safety following Tuesday’s election,” his administration said.

Secretary of Public Safety Tom Turco said there is “no indication of any public safety risk in Massachusetts” but that the administration is making resources are available in case municipal officials request state assistance. The National Guard has been similarly activated a few times in recent months without its members being pressed into duty.

Massachusetts State Police Col. Christopher Mason said his agency will increase its staffing levels for Tuesday and the days following the election and “will be prepared to assist in any situations that arise in order to protect public safety and the rights of all our citizens.”

The State Police Watch Center and Division of Homeland Security and Preparedness will monitor developing incidents and intelligence, the Baker administration said.

“We’ve made a habit over the course of the past four years to call up the guard when our colleagues in local government ask us to do so. Sometimes it’s on very short notice, sometimes it’s in advance of a storm or something else, or sometimes it’s in response to a fire. And we’ve also brought them out when local communities have raised concerns about their ability to safely manage really large outdoor gatherings,” Baker said Monday afternoon. “We’ve heard from a number of our colleagues in local government who have asked us to make the guard available, if need be, sort of later in the week. But the goal here is to basically be supportive of local communities.”

In the state’s largest city, Boston Police Commissioner William Gross told voters Monday that they will see a police officer at each polling place, but that “you will not see an overwhelming presence of police officers.”

Gross said the department will have staffing levels adequate to staff voting locations, provide normal policing coverage and respond to calls for service, but declined to get into detail other than to say that his officers will be ready to respond to anything that happens.

“We do have assets in place if things go to the side of violence or civil unrest,” he said.

Just before Baker’s administration announced that it was activating the National Guard, Boston Mayor Marty Walsh was elusive when asked whether he had been in touch with Baker about making members of the guard available for Tuesday night and the days following the election, when the final results might not be entirely clear.

“I don’t think we’ll have demonstrations in Boston, we shouldn’t have demonstrations in Boston tomorrow. We should be getting people out to go vote at the polls, and then tomorrow night, after the election, I’ll get up here on Wednesday and you can ask me all those questions about National Guard and where we’re going and we’ll figure out where we are at that point in time,” the mayor said.

Secretary of State William Galvin said Monday he expects a total turnout of 3.6 million voters this election, including about 1.3 million who will go to the polls on Tuesday. He said he expects a “very orderly day” on Tuesday.

“We believe that tomorrow we will see, as I said, a large turnout, but we believe it will be an orderly turnout,” Galvin said Monday morning. “We will insist on order. If, in fact, there is any effort to disrupt the polls tomorrow by any means, whether it’s by drive-by caravans or anything else, we will insist that law enforcement take action immediately to make sure the polls remain accessible.”

Walsh said he expects national results will take some time to become clear and urged people in Boston to remain calm and rely on trusted news sources in the coming days. He also asked residents to “think through” how they react to the results of the election.

“Whether we like the results or not, there are going to be strong emotions on all sides tomorrow. It’s okay to have emotions, there’s a lot at stake. But we must take care of ourselves, our families, our communities and we must respond peacefully. You can make your voices heard at the ballot box and you can express your opinion in public as well. These are both protected rights that we have and the Boston Police Department is going to be out to protect your rights,” he said. “They’ll have resources in place to keep the public safe during the election process and beyond it. I’m just asking everyone: please respect the right of others to have an opinion, and respect your city and your community as we move forward over the next few days.”