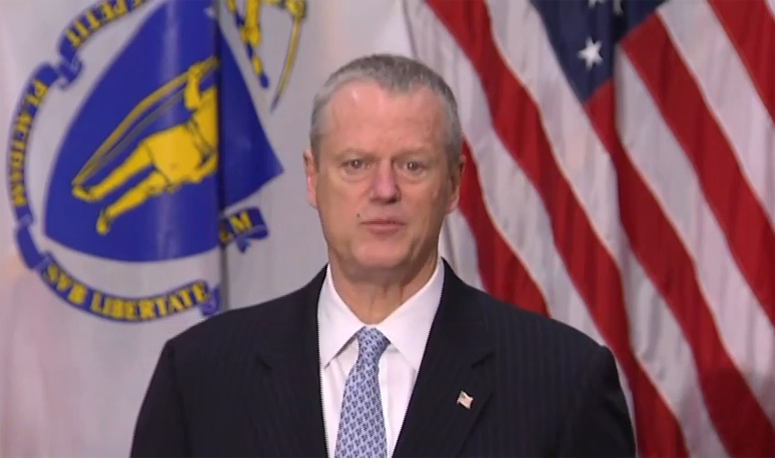 “I mean, if you were to say to me, how big would I like this program to be, we tried to put it into the Chapter 70 formula when we were redoing the Student Opportunity Act,” Baker said Friday. “And our view is every district in Massachusetts ought to have an early college program and every district ought to be playing this game this way.”

Speaking Friday with MassINC chief operating officer Juana Matias as part of an Amplify Latinx virtual conference, Baker said the early college program lets students start taking college courses in an environment that’s familiar to them and oftentimes earn credits for free, making it particularly beneficial for students who are the first in their family to attend college and those who come from disadvantaged communities.

Baker’s 2019 pitch to incorporate early college as an element of the school funding formula was not successful, but the program has grown over time, with enrollment increasing in each of the past three years. He indicated Friday that he’d like to see further expansion.

Matias cited a recent MassINC report that she said “shows early college is dramatically expanding access to college and putting Latino students on a path toward completion.”

In the fiscal 2022 spending plan he filed in January, Baker proposed $2 million for a dual enrollment grant and subsidies line item, which funds credit reimbursements for higher education programs, and $2.5 million for the early college programs account.

The House and Senate each bumped up that funding in their versions of the budget, which are now before a conference committee for private negotiations.

The House budget (H 4001) keeps the early-college development and implementation funding at $2.5 million, while raising the dual-enrollment funding to $5.3 million. In the Senate budget (S 2465), those accounts are funded at $5 million and $6 million, respectively.

“I’m actually excited to see that the Legislature this year is putting in a bigger number than we did. We went with a bigger number than we’ve done historically. You know, I would have doubled our number if I thought I could get it through the Legislature,” Baker said. “The fact that they not only took our number and added to it is a great sign that this is catching on with the folks who appropriate the money, but I certainly see this as a program that we should be spending state resources on, federal resources on, and we should be doing everything we possibly can to engage our colleagues.”