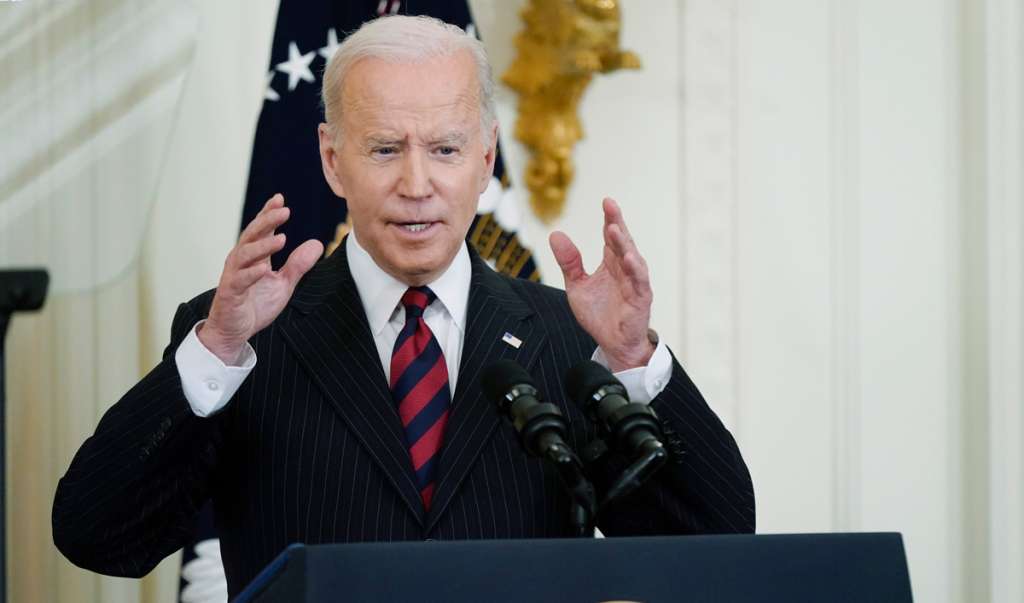 (CNN) — President Joe Biden said Friday he has been briefed on the three Americans who have gone missing in Ukraine after they traveled to the country to fight alongside Ukrainian forces against Russia.

In brief remarks to reporters as he left for a weekend on the beach in Delaware, Biden said repeatedly Americans should not travel to Ukraine at this time.

“We don’t know where they are, but I want to reiterate: Americans should not be going to Ukraine now,” Biden said in response to a question from CNN’s MJ Lee at the White House.

On Wednesday, CNN reported that Alexander John-Robert Drueke, 39, from Tuscaloosa, Alabama, and Andy Tai Ngoc Huynh, 27, from Hartselle, Alabama, had been missing for nearly a week and there were fears that they may have been captured by Russian forces, according to their families and a fellow fighter. Drueke and Huynh had been fighting alongside Ukrainian forces north of Kharkiv.

CNN on Thursday reported a third American whom the State Department had identified as missing in action in Ukraine was US Marine veteran Grady Kurpasi. He served in the US Marine Corps for 20 years, retiring in November 2021. A family friend of Kurpasi’s told CNN Kurpasi chose to volunteer alongside the Ukrainian forces but initially did not envision himself fighting on the front lines of the war.

State Department spokesperson Ned Price said the department is in contact with the families of the missing Americans as well as Ukrainian authorities and the International Committee of the Red Cross.

The US State Department on Thursday told the family of one of the Americans missing in Ukraine that there is potential evidence Drueke was captured, but could not verify the photo at the time, Bunny Drueke, Alexander’s mother, told CNN.

Drueke told CNN’s Jake Tapper on “The Lead” that her son went to Ukraine to train soldiers there to fight against Russia because “he felt that if Putin wasn’t stopped now, he would just become bolder with every success, and that eventually he might end up on American shores.”

A photo emerged on Thursday of Drueke and Huynh in the back of a Russian military truck, apparently confirming they had been captured by Russian forces north of Kharkiv last week. A Russian blogger posted the photo on Telegram on Thursday, but CNN could not independently verify when it had been taken.

On Friday, videos surfaced on pro-Russian channels and social media appearing to show Drueke and Huynh detained at an unknown location. It is not clear who is holding them.

In an undated short clip shared on a pro-Russian Telegram channel, ZOV Team, a man identifies himself as Drueke. In a separate video also undated on Russian news channel Izvestia, Huynh speaks a couple of sentences.

While the men do not appear to be in poor health or roughly treated, both are clearly speaking under duress.

Price said Thursday the US was not in contact with Russia about the reportedly captured American citizens because they do not yet have “credible reason” to believe the Russians have captured them and also because Russia has not claimed to have captured them.

On Friday, Kremlin spokesperson Dmitry Peskov told CNN that he does not know anything about the two American fighters.

CNN has repeatedly reached out to Russia’s ministry of defense for comment but has not yet received a response.

This story has been updated with additional developments.