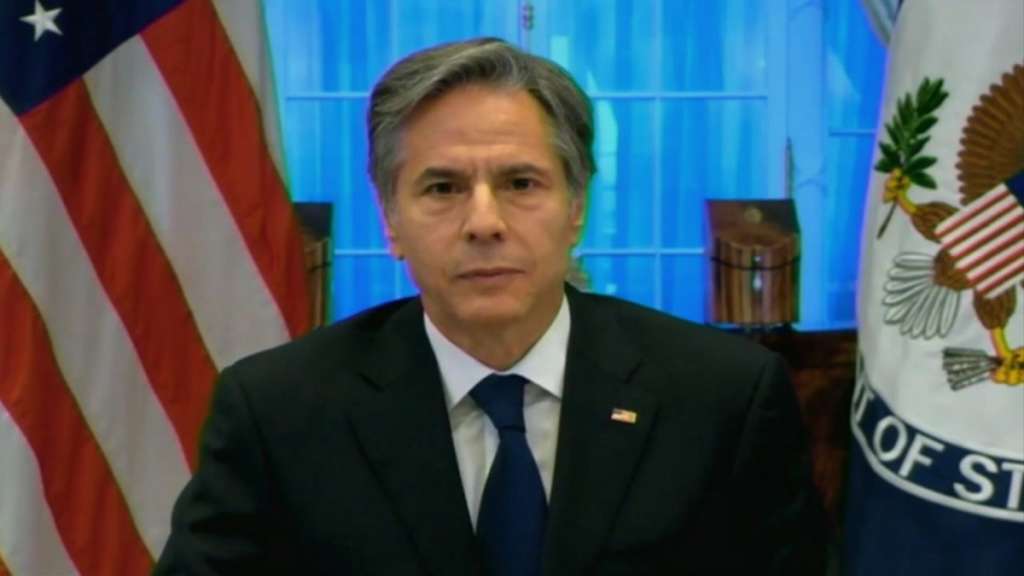 (CNN) — Secretary of State Tony Blinken met with French Foreign Minister Jean-Yves Le Drian and French President Emmanuel Macon in Paris Tuesday amid tensions between the two countries that — at least once in a TV interview — boiled to the surface.

A senior State Department official described Blinken’s official encounters as “very productive” and forward-looking, but both the US and the French agreed that work remains to mend the relationship rocked by the Biden administration’s new defense partnership with the UK and Australia.

Bitterness about that deal and the Biden administration’s treatment of the French punctuated an appearance Blinken made on France 2 TV, where the interviewer raised France’s anger, incomprehension and sense of betrayal — and then got personal.

Blinken, who spoke French throughout the interview, said he understood the sense of betrayal and that Americans realize they “could have — we should have — done better, in terms of communication.” And he admitted that, “above all, we sometimes tend to take for granted a relationship as important and deep as the one between France and the United States.”

The senior State Department official acknowledged that when it comes to repairing the relationship, this trip is not “the end of the process by any means, we’re still in the early stages of doing that.” The official described Blinken’s Tuesday meetings with French officials as “serious” in tone.

“There was not much re-litigation” of the events leading up to the announcement of the security agreement between the US, UK and Australia that enraged the French and cost it billions in a defense contract it had expected to sell to Australia, the official said. The discussions focused on “using this as an opportunity” to develop and implement joint efforts on issues accords the board.

Getting ready for the Presidents’ meeting

Blinken is in Paris through Wednesday for meetings of the Organization for Economic Cooperation and Development, but the most intense US diplomatic energy is focused on repairing the rift with France. Officials there decried the Biden administration’s failure to tell them about the “AUUKUS” alliance or include them as “brutal” and more reminiscent of the Trump administration than the vision President Joe Biden offered of restoring trust and cooperation with European allies.

There was no announcement of any new France-US efforts out of Tuesday’s meetings. The goal was to define areas where the counties can take actions together in advance of a meeting between Biden and Macron later this month, the official said.

Blinken focused on “drilling down on some of the details on — where exactly are there common interests and how can we operationalize those or develop plans — to tee up for the Presidents when they meet later this month, at the end of this month,” the official said, adding that they would like to have some “real concrete” deliverables when Macron and Biden meet.

Macron was not initially on Blinken’s schedule so the fact that the French President met with Blinken was viewed as a positive signal by the US, the official said.

Without getting into specifics, the official said that Blinken and his counterparts discussed a range of areas where US and French interests overlap — including counterterrorism in the Sahel and efforts in the Indo-Pacific. The French have proposed “a number of ideas about ways that we can strengthen security cooperation and CT cooperation” the official said when asked about discussions surrounding US force posture in Africa.

In his France 2 TV interview, Blinken promised closer consultation on key national security issues facing France, such as the stability of Africa’s Sahel region and the renewal of NATO.

“There is now a very important opportunity … to deepen this cooperation and coordination, whether in the Sahel, in the Indo-Pacific, or on transatlantic issues,” Blinken said.

Lapix said France felt at times as though it was left to “hold the bag” on key transatlantic security issues as the US pivoted to the Indo-Pacific.

Blinken and the French officials did not discuss France working on any of the AU-UK-US partnership projects, but the official said there could be places for French and EU “opportunities” as they consult with the US and other allies on Indo-Pacific strategies.

Blinken and Le Drian also agreed to “remain in close contact on Afghanistan and discussed the importance of holding the Taliban to its commitments,” said the State Department readout of the meeting.