CEOs made 299 times more than their average workers last year 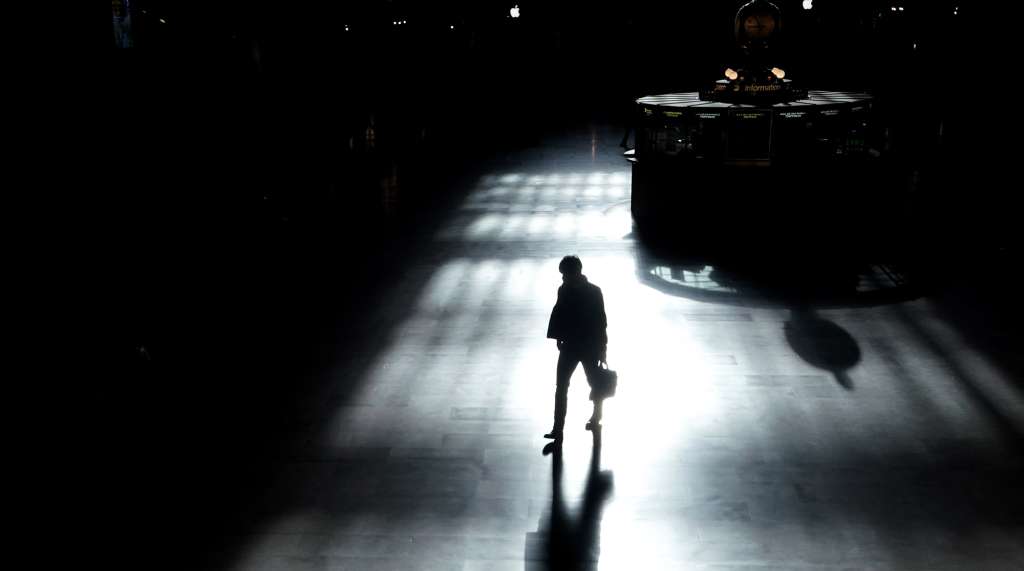 A commuter walks through Grand Central Terminal amid the coronavirus pandemic in New York City, October 19, 2020. The difference between CEO and median employee pay grew in 2020 despite the Covid pandemic and ongoing relief efforts. Credit: Timothy A. Clary/AFP/Getty Images

(CNN) — The difference between CEO and median employee pay grew in 2020 despite the Covid pandemic and ongoing relief efforts.

The average S&P 500 company CEO made 299 times the average worker’s salary last year, according to AFL-CIO’s annual Executive Paywatch report. Executives received $15.5 million in total compensation on average, marking an increase of more than $260,000 per year over the past decade. At the same time, the average production and nonsupervisory worker in 2020 earned $43,512, up just $957 a year over the past decade.

Both average compensation and pay ratios grew in 2020 during the pandemic. Executives’ average total compensation increased more than $700,000 last year while CEO-to-worker pay ratios increased from 264:1 in 2019.

“This is consistent with what we’ve been seeing year to year,” Liz Schuler, AFL-CIO secretary-treasurer, said in a press conference with reporters Wednesday. “Inequality, the imbalance in our economy, is clear by this report that the pay of CEOs and working people continues to be a major problem in this country.”

The highest-compensated CEO in 2020 was Chad Richison of Paycom, who received more than $200 million in salary and stock awards that vest over time. Other companies with executives topping the list of highest-paid CEOs include General Electric, Regeneron Pharmaceuticals, Hilton, T-Mobile, Nike, Microsoft and Netflix.

The most skewed pay scale belonged to Aptiv, which had a 5,294:1 CEO-to-worker pay ratio last year. While the company’s CEO, Kevin Clark, was compensated with more than $31 million in 2020, its median employee pay was $5,906.

Other companies topping that list include The Gap, Paycom, Chipotle, Hilton, Nike and Coca-Cola.

Companies in the consumer discretionary industry, including retailers like Amazon, had the highest disparity with an average 741:1 CEO-to-worker ratio.

“The only reason we’re reaching the other side of the Covid-19 pandemic is because working people stepped up,” Schuler said. “We hear so many business leaders calling these workers essential and calling them heroes, but words are not enough. We have always been essential, doing the critical work to make this country hum.”

The difference between executives’ pay compared to other workers at big corporations has been of growing interest since the 2008 recession, when federal officials mandated that companies publicly disclose that data.

At the start of the coronavirus pandemic last year, many CEOs and top executives announced they would be taking a pay cut or foregoing their salaries altogether. At big corporations, the move to give up some pay wasn’t enough to engender drastic improvements for lower-paid employees or make up for pandemic losses, but it was symbolic and necessary to show workers that executives were impacted by the crisis, too.

Giving up pay might not have meant big losses for executives either though. Base pay is only a fraction of an executive’s total compensation, which is usually comprised of performance-based compensation such as stocks, options and bonuses.

Despite a slight decrease in CEO base pay, CEOs enjoyed increases in their equity compensation, especially in stock-based pay, which increased over $1 million last year.

On average, CEOs of S&P 500 companies saw their total compensation grow 5% in 2020 while the disclosed median employee pay grew only 1% at those same companies.

The growing difference between CEO and worker pay comes after a year of economic turmoil and in the midst of a recovering economy.

Last month the US economy added 850,000 jobs, a figure that exceeded expectations and signaled that job growth is accelerating. Still, the labor market is down 6.8 million jobs since February 2020, and 6.2 million people didn’t work or worked less because their employer was impacted by the pandemic, according to the report.

At the same time, America is grappling with record-breaking inflation. The consumer price index, a key inflation measure, grew 0.9% in June, the largest one-month increase in 13 years. Over the past year, prices were up 5.4%, the biggest jump in annual inflation in nearly 13 years. The trend is squeezing consumer’s as they struggle to keep up with rising prices, especially gas and food prices.

And, like job growth and inflation, the stock market is hitting record-breaking highs, too. Wall Street’s biggest banks are reporting earnings in the billions and a slew of high-profile companies have already made their public debut this year.