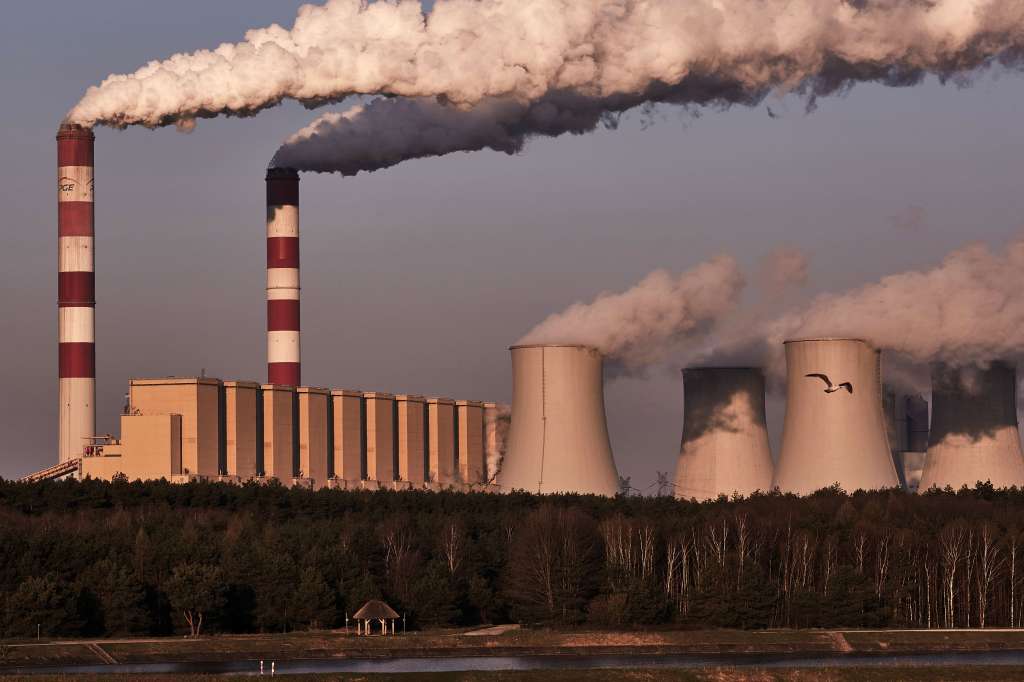 Vapor rises from chimneys and cooling towers at the Belchatow coal powered power plant, operated by PGE SA, in Belchatow, Poland, on Wednesday, April 28. More than 70 CEOs from some of the world's biggest companies have urged governments to do much more to tackle climate change. Credit: Bartek Sadowski/Bloomberg/Getty Images

(CNN) — More than 70 CEOs from some of the world’s biggest companies have urged governments to do much more to tackle climate change, including forcing businesses to reduce their carbon emissions.

In an open letter published on Wednesday, company chiefs— including Mark Schneider of Nestlé and Ramon Laguarta of PepsiCo — called on all governments to set policies to meet targets consistent with the Paris climate agreement’s most ambitious goal of capping the global rise in temperatures to 1.5 degrees Celsius.

The push comes as leaders of the G7 group of industrialized nations meet in the United Kingdom this weekend and ahead of COP26, a global climate summit, in November. It echoes a similar call by Shell CEO Ben van Beurden on Wednesday, who said his oil company would accelerate cuts to emissions but the crisis was too big for one company to tackle and would need global collaboration between business, government and society.

A separate call Thursday by investors managing more than $41 trillion in assets warned that governments “risk missing out on a wave of investment” if they fail to implement meaningful policies to tackle climate change.

In their letter, the CEOs said that governments need to publish plans to halve emissions by 2030 and commit to net-zero emissions by 2050 before November’s climate summit in Glasgow, Scotland.

Countries should also force all companies to establish “credible decarbonisation targets” and disclose emissions across all parts of their businesses, it added.

The signatories — which also include Alan Jope of Unilever, Helena Helmersson of H&M and Pablo Isla, the chairman of Zara parent Inditex — backed the elimination of fossil fuel subsidies, reduced tariffs on climate-friendly goods and the development of a market to price carbon.

The letter said that the use of coal should be phased out, with provision made to reskill workers, and low-carbon modes of transport promoted. Developed countries also need to exceed their $100 billion commitment to help developing countries mitigate and adapt to climate change.

Many businesses are already “stepping up” by setting emissions reduction targets, according to the letter. “Action from governments can accelerate even more action from companies,” it added. “To decarbonize at the speed and scale required to achieve net zero by 2050 at the latest, we urgently need transformative policy change.”

The signatories are members of the World Economic Forum’s Alliance of CEO Climate Leaders, whose companies employ about 7 million people and have combined revenue of $2.4 trillion.

“Strong policies, in line with limiting global warming to no more than 1.5-degrees Celsius, can accelerate and scale up private capital flows towards the net-zero transition,” it added.