Collection of rare, exotic animals rescued from U-Haul in Cambridge 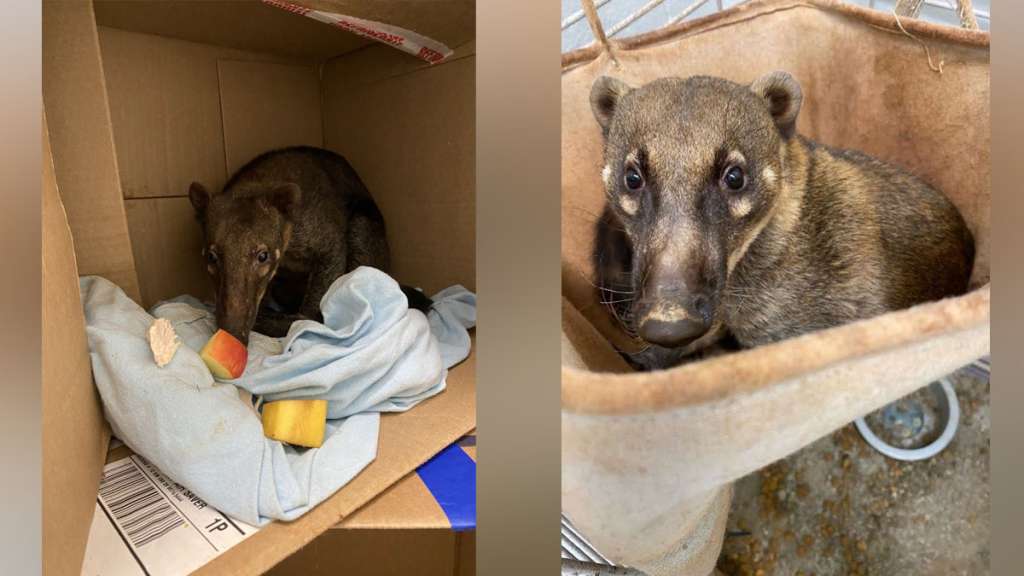 CAMBRIDGE, MASS. (WHDH) - A collection of rare and exotic animals were rescued from the back of a U-Haul in Cambridge on Monday, according to a statement released by the MSPCA’s Boston Adoption Center.

Among the menagerie of animals rescued were two chinchillas, a rabbit, two rats, three parrots, three love birds and four coatis, a tree mammal native to South America that is illegal to own in Massachusetts.

Officials from the MSCPA, Cambridge and environmental police and the Cambridge Animal commission rescued the animals from the back of the van on Monday. The animals’ living conditions were described as dirty and the driver of the van, whose identity has not been revealed, is currently under investigation.

The MSCPA revealed that one of the coatis escaped from the scene of its liberation but was located and brought to the MSPCA’s Jamaica Plain center on Tuesday night.

Most of the animals will be put out for adoption while the MSPCA hopes to find a home for the coatis at an accredited wildlife sanctuary.

“Not only are [the coatis] illegal to keep as pets in Massachusetts, but they have complex social and health needs that are very difficult to meet in a home-like environment, so we’re hoping that either a sanctuary or other wildlife-focused organization, or a zoo, will ultimately be able to take them in,” said Mike Keiley, director of adoption centers and programs at the MSPCA-Angell. “We’ll keep them safe and happy in our care, as best we are able, until we find a more permanent solution for them,” he added.