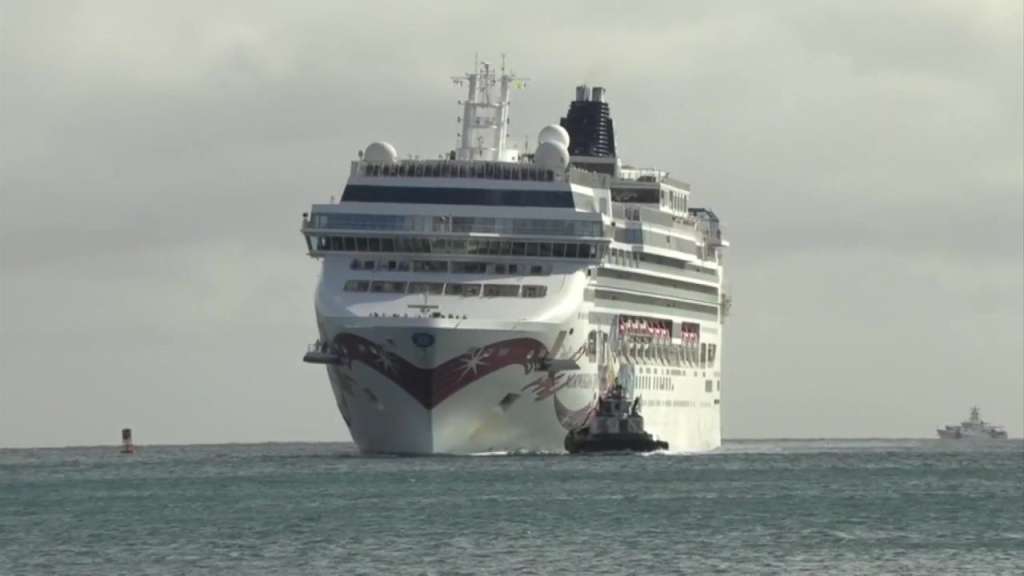 MIAMI (AP) — Hundreds of passengers who embarked on an 11-day cruise from Miami were returned to port Wednesday after less than two days at sea because several dozen crew members got infected with COVID-19.

The pandemic also prompted a last-minute cancelation of another cruise that was scheduled to depart Wednesday. Norwegian Cruise Line said it was canceling sailings on eight of its ships in the U.S. and abroad to protect the health and safety of guests, crew members and communities.

Cheryl Rogers, of Starke, Florida, was among the passengers that were returned to Miami on the Norwegian Pearl, which had only left port Monday. Rogers says travelers were told crew members fell ill with the coronavirus.

Matt Daly, of Surf City, North Carolina, said he drove to Miami and was supposed to leave Wednesday on the Norwegian Getaway for a five-day cruise. It was canceled late Tuesday, but Daly and his wife were driving overnight and did not see the notification until they arrived at the port Wednesday.

“I’m never leaving North Carolina,” Daly said. “Too much of a hassle.”