SUV crashes into pole, knocks out power in Holden 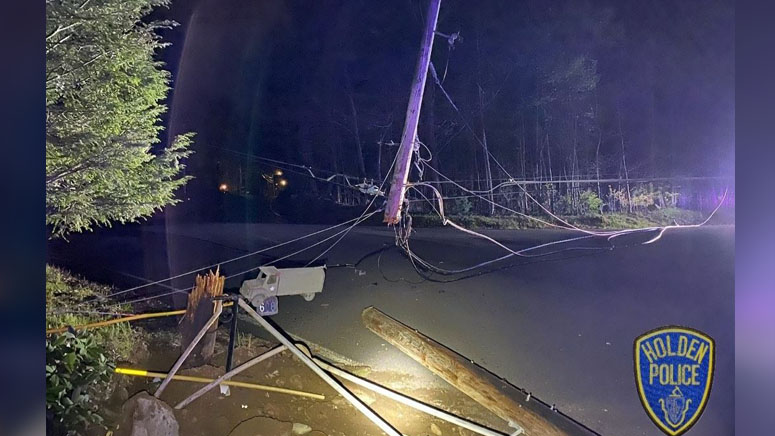 HOLDEN, MASS. (WHDH) - Police are investigating after an SUV crashed into a pole and knocked out power on a Holden street on Saturday.

The crash also took down wires, causing a power outage in the area. Holden Light Department responded to the scene to make repairs, according to police.

No one was injured.

No further details were immediately available.