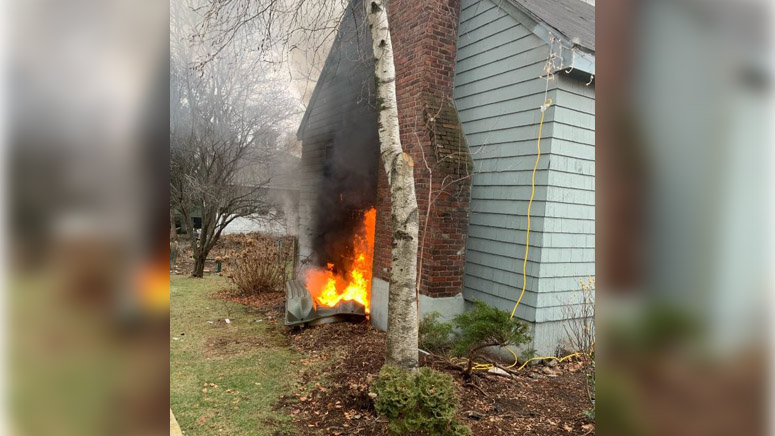 STONEHAM, MASS. (WHDH) - Crews were called to extinguish heavy flames after a fire broke out at a home in Stoneham on Thursday, officials said.

Firefighters responding to a fire at a home on Bow Street just before 3 p.m. found heavy flames showing from the basement and determined that all occupants had evacuated safely, fire officials said.

A second alarm was struck while crews made an aggressive attack inside of the basement.

The home was deemed uninhabitable due to significant smoke, heat and water damage throughout the home, fire officials said. Extensive damage in the basement also made it uninhabitable.

Residents of the home will be staying with family temporarily as a result.

The cause of the fire is under investigation.