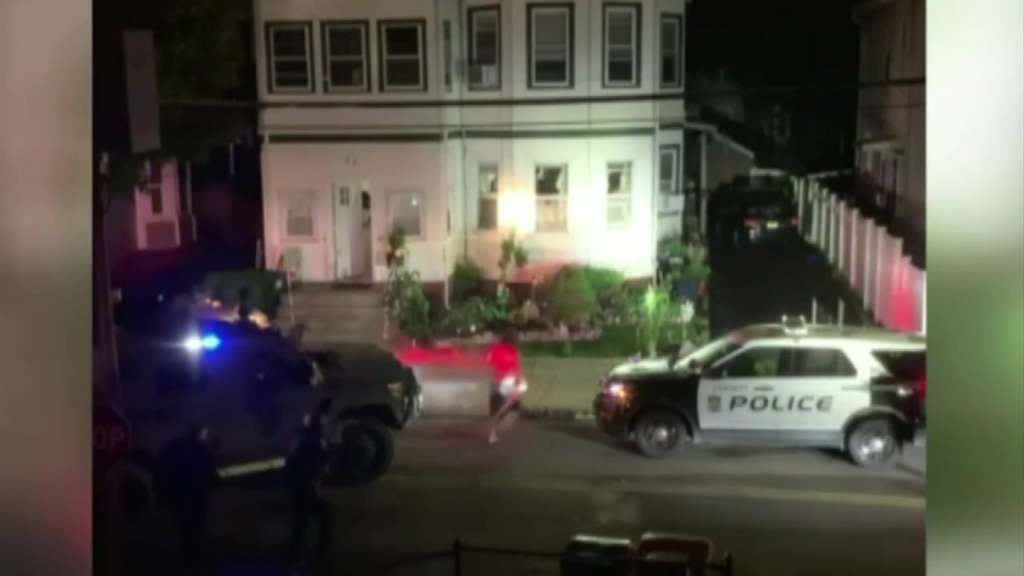 EVERETT, MASS. (WHDH) - A 45-year-old Everett man will be arraigned from his hospital bed at Massachusetts General Hospital on three charges of assault with a dangerous weapon after authorities say he charged at police with a sword.

Officers and SWAT team members responding to a 911 call at a Buckman Street apartment building shortly after midnight Monday morning learned that Jason Gaff had barricaded himself inside, according to the Middlesex District Attorney’s Office.

The 911 caller said Gaff was threatening both her and her mother, who is his girlfriend.

Authorities said Gaff then pulled a knife on an officer and told them he had a gun. He was also allegedly seen breaking the windows of the apartment with what appeared to be a sword.

Surveillance video from the scene shows Gaff run from the home and advance on officers with the sword overhead. That is when the district attorney says officers fired a sponge round at him which was ultimately ineffective.

He was then hit with a bullet and transported to the hospital. He is expected to survive.

An Everett officer was also transported as a precaution.

SWAT members were able to rescue a resident who was still trapped inside the building.