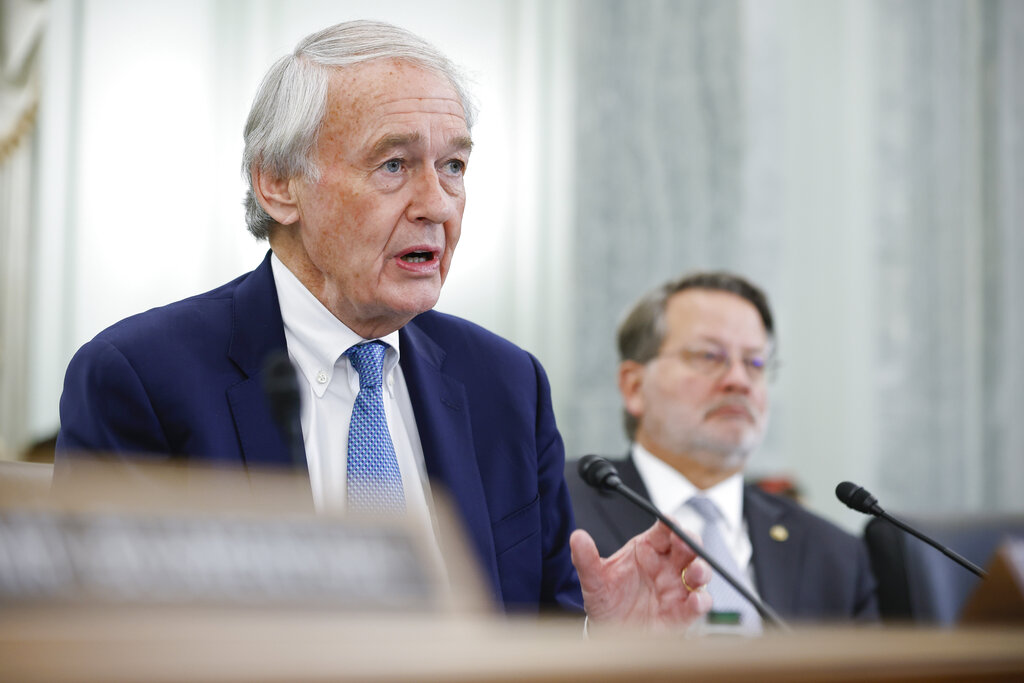 Sen. Ed Markey, D-Mass., speaks during a Senate Commerce, Science, and Transportation in the Russell Senate Office Building on Capitol Hill on Wednesday, Dec. 15, 2021 in Washington. (Chip Somodevilla/Pool via AP)

On the eve of a United Nations visit to the Xinjiang Province in Western China, two politicians with Massachusetts ties called on the nation to allow “unfettered and unsupervised” access to the human rights officials.

Massachusetts Senator Ed Markey and Utah Senator and former Massachusetts Governor Mitt Romney called for the nation to allow United Nations High Commissioner for Human Rights Michelle Bachelet unimpeded access, the two said in a joint statement. The senators expressed their concern that the local government would deny the UN access to some locations in attempt to hide evidence of potential human rights violations.

“It is vital that she have unfettered and unsupervised access to investigate crimes committed by the Chinese government against the Uyghurs and other ethnic and religious minorities,” the senators said. She should document and publicize any attempts to limit or control her access.”

Bachelet’s visit comes after almost four years of negotiation with the government of the People’s Republic of China to visit the region.