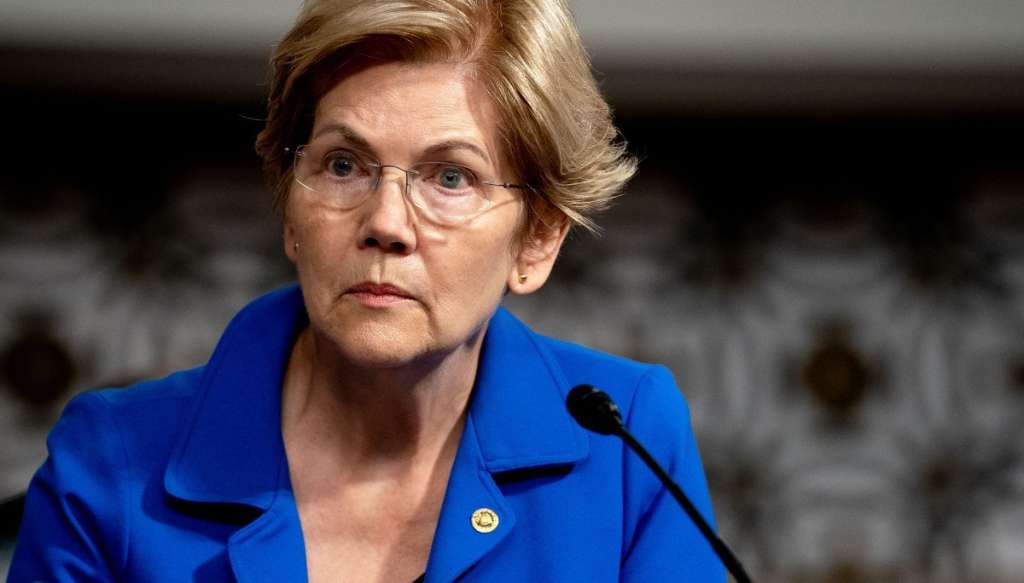 Senator Elizabeth Warren on Monday urged the Securities and Exchange Commission to launch an insider trading investigation into transactions by high-level officials at the Federal Reserve. Warren is shown here during a Senate Armed Services Committee hearing on September 28, 2021 in Washington, DC. Credit: Stefani Reynolds/Pool/Getty Images

(CNN) — Senator Elizabeth Warren on Monday urged the Securities and Exchange Commission to launch an insider trading investigation into transactions by high-level officials at the Federal Reserve.

The Massachusetts Democrat called for the agency to conduct a “sweeping review of all securities trades” by Fed officials to determine if they violated insider trading laws.

“The reports of this financial activity by Fed officials raise serious questions about possible conflicts of interest and a reveal a disregard for the public trust,” Warren wrote in a letter to SEC Chairman Gary Gensler.

Warren said the trades “reflect atrocious judgment by these officials, and an attitude that personal profiteering is more important than the American people’s confidence in the Fed.”

Following Warren’s letter, the Fed issued a statement Monday evening saying it began discussions last week with the Fed’s Office of Inspector General to initiate an independent review of “whether trading activity by certain senior officials was in compliance with both the relevant ethics rules and the law.”

“We welcome this review and will accept and take appropriate actions based on its findings,” a Fed spokesperson said in the statement.

Warren cited a Bloomberg News report that Richard Clarida, the Fed’s vice chairman, traded between $1 million and $5 million out of a bond fund into stock funds in February 2020, a day before Chairman Jerome Powell issued a statement flagging possible policy action as the Covid-19 health crisis worsened.

A Fed spokesperson said Clarida’s financial disclosures for 2020, which were released publicly in mid-May, shows transactions that represent a “preplanned rebalancing of his accounts,” similar to a rebalancing he did and reported in April 2019.

“The transactions were executed prior to his involvement in deliberations on Federal Reserve actions to respond to the emergence of the coronavirus and not during a blackout period. The selected funds were chosen with the prior approval of the Board’s ethics official,” the spokesperson said.

“If these trades were based on Fed officials’ knowledge of non-public, market moving information, they may have represented potentially illegal activity,” Warren wrote in her letter.

The Fed’s own guidelines for senior officials says they should “carefully avoid engaging in any financial transaction the timing of which could create the appearance of acting on inside information concerning Federal Reserve deliberations and actions.”

Powell said last week that the Fed knows it needs to revamp its rules and officials are “looking carefully” at the trading to make sure it was done in compliance with rules and the low.

“It’s really not working now. We understand that,” Powell said of the Fed’s existing rules. “The appearance is obviously unacceptable.”

Warren questioned why Powell did not stop the trading activities, which she said “corrode the trust and effectiveness of the Fed.” Last week, Warren described Powell as a “dangerous man” to lead the Fed and said she will oppose his renomination.