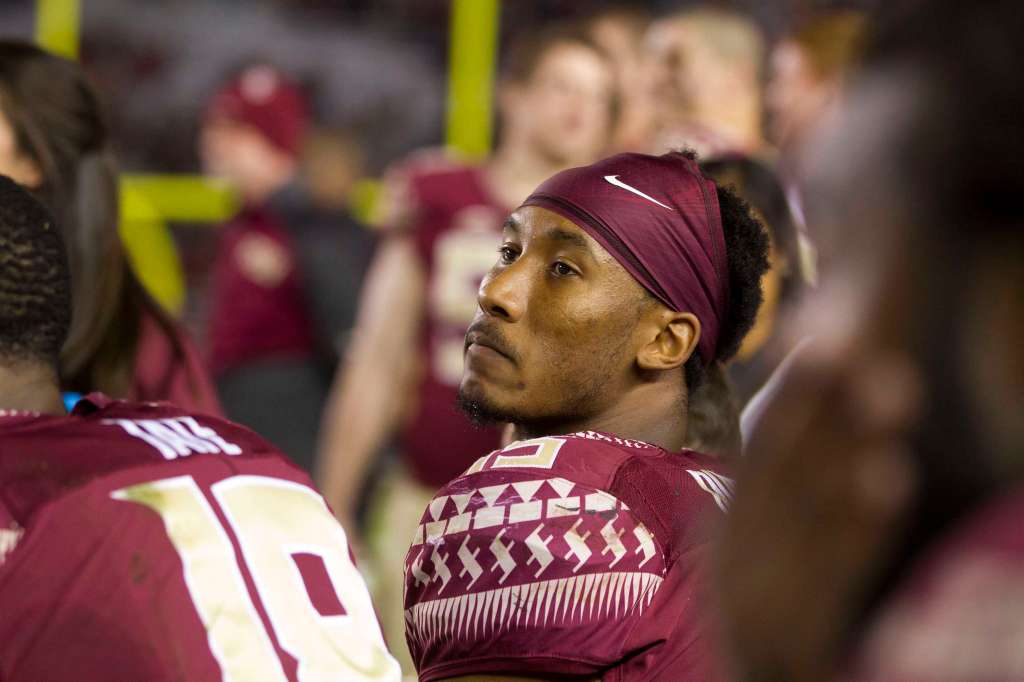 TALLAHASSEE, FL - NOVEMBER 11: Florida State WR Travis Rudolph (15) looks on from the bench during the NCAA football game between the Florida State Seminoles and the Boston College Eagles on November 11, 2016, at Bobby Bowden Field at Doak Campbell Stadium in Tallahassee, FL. (Photo by Logan Stanford/Icon Sportswire via Getty Images)
CNN

(CNN) — Travis Rudolph, a former wide receiver for the Florida State Seminoles, is facing a first-degree murder charge in connection with a shooting early Wednesday morning, according to the Palm Beach County Sheriff’s Office.

Investigators identified Rudolph as the suspect and he was arrested. He’s being held without bond in the Palm Beach County Jail, the sheriff’s office said in a statement. According to court documents, he faces one charge of first-degree premeditated murder and three charges of attempted first-degree murder.

He appeared in court Thursday morning, where a judge ordered him held without bond pending a full bond hearing at a later date. A spokesperson for the public defender’s office confirmed it was representing Rudolph, but said a specific lawyer has not been assigned to his case.

Highly recruited out of high school, Rudolph attended Florida State University, where he spent three seasons as a member of the Seminoles from 2014 to 2016. He received All-ACC Second Team honors his sophomore and junior seasons.

Rudolph spent two seasons in the NFL as a player for the New York Giants and the Miami Dolphins. In 2017, he played seven games for the Giants, catching eight passes for 101 yards.

He previously garnered widespread praise after a viral video showed him eating lunch with a boy who has autism during a visit to a Tallahassee middle school.