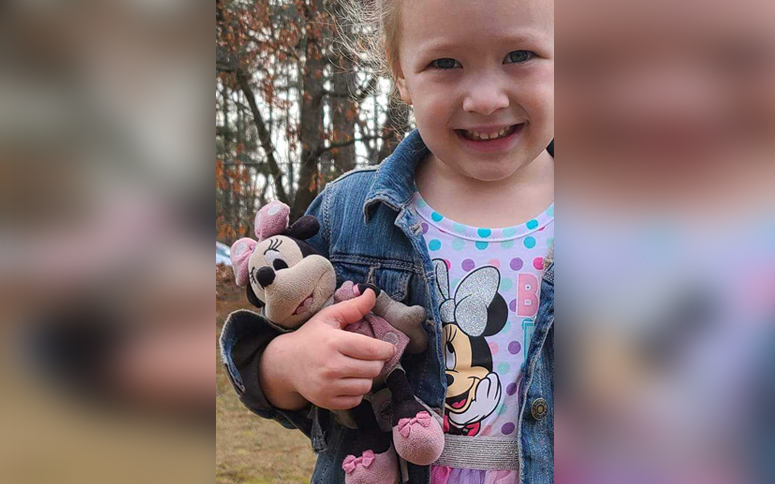 BOSTON (WHDH) - A local mother is turning to the public for help after her 4-year-old daughter lost her beloved Minnie Mouse stuffed animal during a trip to the Museum of Science in Boston on Sunday morning.

“She brought her Minnie Mouse stuffed animal in…It’s like her favorite thing in the world,” Tori Clark told 7NEWS. “It doesn’t seem like a big deal but to a 4-year-old it really is.”

Clark says she believes the doll got left behind when her husband brought there daughter to use the bathroom.

“We went to the first exhibit we were at and we had taken a Snapchat of it and she wasn’t holding Minnie in her hand,” Clark recalled. “We realized on our way home that she didn’t have her.”

Clark says the museum has been “incredibly helpful” in trying to find the doll but they have not yet been able to locate it.

“They went through the lost-and-found, they went to the information desk,” Clark said of the museum’s efforts. “Nothing was really coming up.”

Clark has since posted about the lost doll on Reddit as she and her family continue their search. The post has since been viewed and commented on hundreds of times.

“People are sending me different links to Minnies that look exactly like her,” Clark said. “We had somebody in Disney World who said they would keep an eye out if they saw one that looked like her and bring it back.”

Clark said her daughter has a few different Minnie stuffed animals but none of them are “the right one.”

Clark remains hopeful that the doll will turn up.