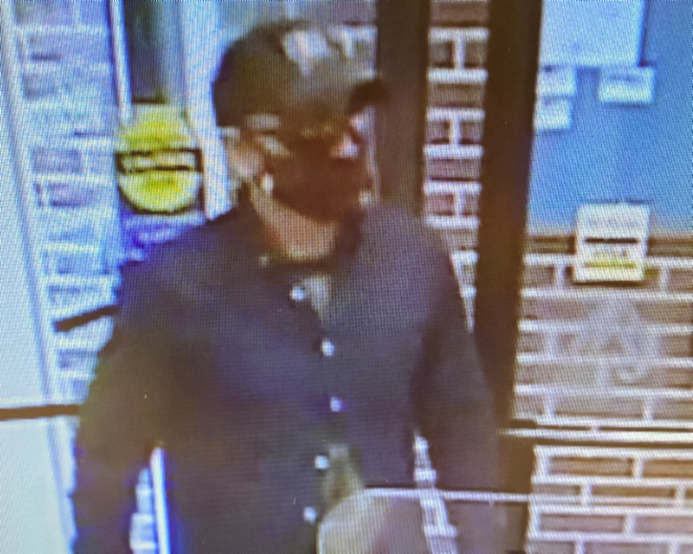 (WHDH) — The FBI and Maine State Police are offering a $10,000 reward for information leading to the arrest of an armed bank robber they are calling the “Thirsty Bandit.”

The suspect was caught on surveillance video entering the Maine Savings Federal Credit Union on Main Street in Corinth shortly before 9 a.m. on June 25 and demanded tellers empty their drawers at gunpoint, according to a release issued by the FBI.

He is seen stuffing the money into a bag before taking off on foot.

The suspect is described as a 5-foot-8-inch tall white man who was wearing a dark baseball cap with an unknown logo, sunglasses, a dark-colored facemask, a blue button-down shirt over a T-shirt, khaki pants, and blue medical gloves.

Officials say he should be considered armed and dangerous.

Prior to the robbery, the man was seen at a nearby store grabbing something from the cooler to drink, which is why investigators have nicknamed the “Thirsty Bandit.”