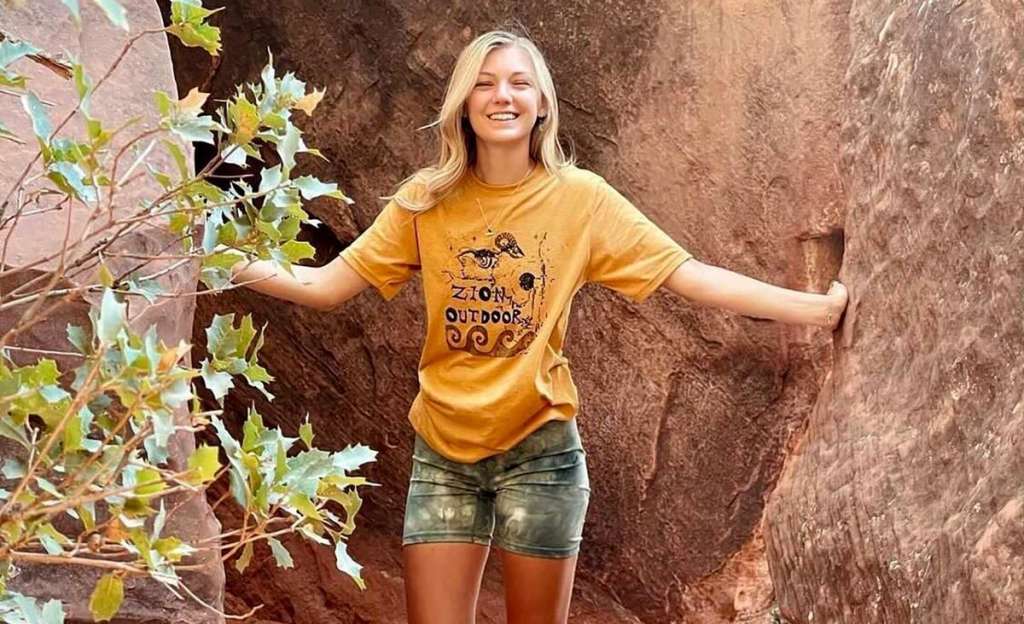 (CNN) — Along with the search for missing 22-year-old Gabby Petito, local and federal authorities in Florida are looking for Petito’s fiance Brian Laundrie after his family told police they haven’t seen him since Tuesday.

The FBI is involved in the investigation and search for the 23-year-old Laundrie, police in North Port said late Friday in a statement that expressed frustration that his family did not speak with investigators for nearly a week about Petito’s disappearance.

“We understand the community’s frustration, we are frustrated too. For six days, the North Port Police Department and the FBI have been pleading with the family to contact investigators regarding Brian’s Fiancé Gabby Petito. Friday is the first time they have spoken with investigators in detail,” the statement said.

“We’ve been trying all week to talk to his family, to talk to Brian, and now they’ve called us here on Friday, we’ve gone to the home, and they’re saying now they have not seen their son,” North Port police spokesperson Josh Taylor told CNN’s Chris Cuomo on Friday night. “So we are working through those details as we speak. It is another twist in this story.”

Law enforcement began investigating the disappearance of Petito after her family reported her missing on September 11 after they were unable to contact her for several days. Prior to her disappearance, Petito had been traveling with Laundrie on a road trip through several western states, CNN reported.

Laundrie returned to North Port without Petito on September 1, according to police. Officials later found the van that the couple had been traveling in at the home Petito shared with Laundrie and his parents in North Port.

Police previously had visited the home but the family refused to talk and instead gave authorities the information for their attorney, Taylor said earlier this week.

Friday’s statement noted that Laundrie is not wanted for a crime, and law enforcement are now working “multiple missing person investigations.”

Richard Stafford, the attorney for the Petito family, said in a brief statement sent to CNN, “All of Gabby’s family want the world to know that Brian is not missing, he is hiding. Gabby is missing.”

Petito stepfather: ‘I don’t know what to believe’

Petito’s stepfather said on Friday that he’s happy Laundrie’s parents called police, but said, “I don’t know what to believe.”

Jim Schmidt told CNN’s Cuomo he was “caught off guard” by the news shared moments earlier that Laundrie’s family spoke with authorities, saying he hadn’t even had a moment to digest it.

“All that matters is finding her and bringing her home,” Schmidt said.

When asked if there was anything from the last few times he contacted Gabby that would be helpful now, Schmidt said, “I’m not sure. We’ve been analyzing everything as much as we can, and your mind races in a million different directions when you’re trying to put something like this together and it’s — we’re still trying to get a full grasp on the entire situation.”

Schmidt asked for media members to “just keep getting the word out,” adding, “Some different photos, not just the ones that have been out there, maybe that sparks something in the public that somebody didn’t recognize before and just keep getting that word out there and keep this fresh in the media so it keeps going until we find her.”

The FBI has released a new Missing Person poster, asking for help in the search for Petito.

Campsite reviews appear to show the couple this summer

Before their disappearance, Petito and Laundrie appeared to have left reviews on an online camp community app called The Dyrt.

An account linked to the couple lists campgrounds in Colorado, Idaho, Montana, Washington, Wyoming, and Utah, as well as left reviews of campsites where Petito was last seen.

Camping spots to the Grand Teton National Park were saved on the profile.

According to a timeline of events provided Friday by Petito family attorney Stafford, Gabby FaceTimed with her mother on August 24, saying she was leaving Utah and headed to the Tetons.

A photo of the couple was posted on The Dyrt two months ago and tags their social media accounts.

Their most recent review is about Arches National Park in Utah in July, in the same county where Moab police had an interaction with Petito and Laundrie two weeks later.

At the time, officers with the Moab City Police Department responded to reports of disorderly conduct involving Petito and Laundrie, which ended with a report describing them as having “engaged in some sort of altercation.”

The officers who responded to the incident suggested that Laundrie and Petito should separate for the night, according to the report, and no charges were filed.

One of the officers who responded to the scene wrote in the police report that Laundrie said the pair had been traveling together for “the last four or five months.”