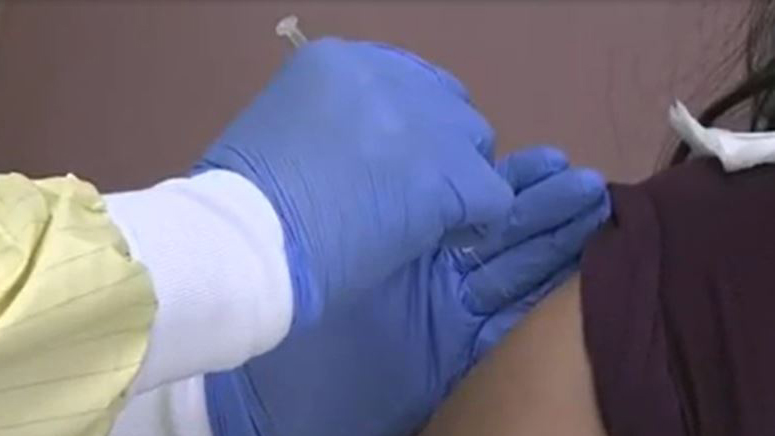 New York’s governor is threatening to fine hospitals that don’t use their allotment of COVID-19 vaccine fast enough. His South Carolina counterpart says health care workers have until Jan. 15 to get a shot or move to the back of the line. California’s governor wants to use dentists to vaccinate people.

With frustration rising over the slow rollout of the vaccine, state leaders and other politicians around the U.S. are turning up the pressure, improvising and seeking to bend the rules to get shots in arms more quickly.

“Move it quickly. We’re serious,” New York Gov. Andrew Cuomo warned hospitals on Tuesday. “If you don’t want to be fined, just don’t participate in the program. It’s not a mandatory program.”

More than three weeks into the vaccination campaign, just 4.8 million people in the U.S. had gotten their first shot out of 17 million doses distributed as of Wednesday morning, according to the Centers for Disease Control and Prevention. While that is believed to an undercount because of a lag in reporting, health officials are still well behind where they wanted to be.

The U.S. has an estimated 21 million health care workers and 3 million nursing home residents. The CDC reported just 429,000 people in nursing homes have been vaccinated through a partnership between the government and the CVS and Walgreens drugstore chains.

Meanwhile, the U.S. death toll has climbed past 357,000. COVID-19 deaths set another one-day record at 3,775 on Tuesday, though authorities have cautioned that the numbers around holidays can fluctuate dramatically because some health agencies fall behind in reporting cases, then rush to catch up.

Health care workers and nursing home residents are being given priority for the most part in the U.S., but some places are beginning to move on to the next stage, involving the elderly.

The slow rollout has been blamed on a multitude of problems, including a lack of funding and guidance from Washington, mismatches between supply and demand, a patchwork of approaches by state and local governments, distrust of the vaccine, and disarray created by the holidays.

Politicians are getting aggressive in trying to accelerate the campaign. The governors of California, Maryland and North Carolina said they will use the National Guard to speed things up.

Maryland Gov. Larry Hogan warned, too, that any facility that has not administered at least 75% of its first doses may have future allocations reduced until they can speed up vaccinations.

While about 270,000 doses have been put directly in the hands of front-line vaccinators in the state over the last three weeks, Hogan said that only about 77,000 people had been inoculated as of Tuesday, or about 1.3% of the state’s population.

Gov. Henry McMaster of South Carolina warned that health care workers will lose their place in line if they don’t move quickly to get their shots. As of Monday, the state had given out less than half its initial allotment of the Pfizer vaccine to about 43,000 people.

In California, where just 1% of the population has been vaccinated, Gov. Gavin Newsom said he wants to give providers the flexibility to dispense shots to people not on the priority list if doses are in danger of going to waste. He also wants to expand the pool of professionals dispensing shots.

State and local officials are moving to expand availability of the vaccine to other groups. In Louisiana, people 70 and older are newly eligible this week under state guidelines. Oklahoma’s most populous county will begin providing vaccinations to residents 65 and above on Thursday.

New York Mayor Bill de Blasio said it is time to broaden eligibility to include people over 75 and essential workers such as police officers and firefighters to get things moving.