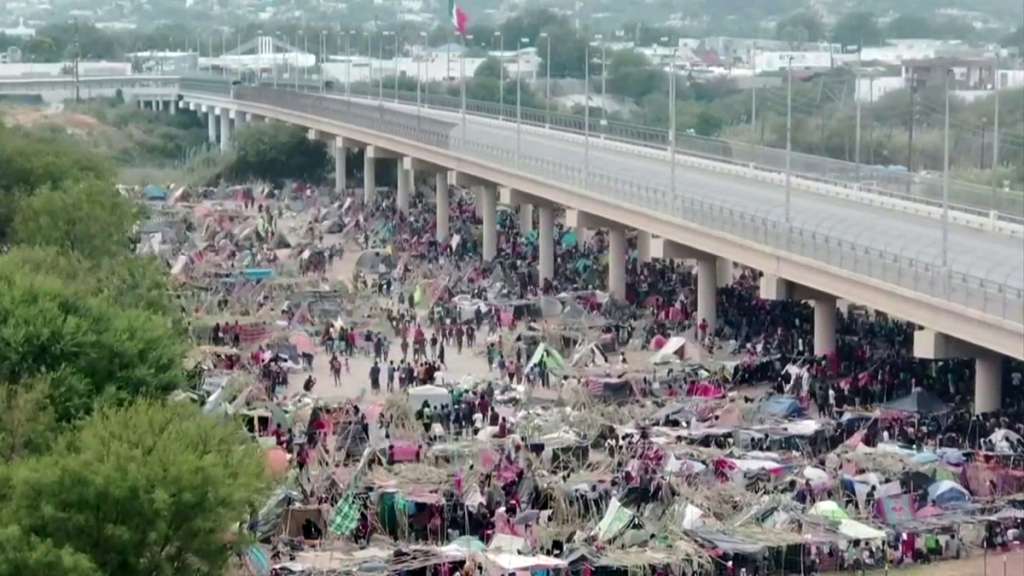 UNITED NATIONS (AP) — Amid an outcry over the U.S. treatment of Haitian asylum-seekers, the beleaguered island country’s embattled prime minister pointedly said that inequalities and conflict drive migration, but he stopped short of directly criticizing Washington over the issue.

“We do not wish to challenge the right of a sovereign state to control the entry borders into its territory, or to send back to the country of origin those who enter a country illegally,” Prime Minister Ariel Henry said in a video speech to the U.N. General Assembly’s annual meeting of world leaders.

But “human beings, fathers and mothers who have children, are always going to flee poverty and conflict,” he added. “Migration will continue as long as the planet has both wealthy areas, whilst most of the world’s population lives in poverty, even extreme poverty, without any prospects of a better life.”

Moreover, “we believe that many countries which are prosperous today have been built through successive waves of migrants and refugees,” he added.

Ariel spoke as his country reels from its president’s assassination, an earthquake and the migration crisis — all in the last three months. And Ariel’s government is facing increasing turmoil with presidential and legislative elections set for Nov. 7.

Ariel came under scrutiny by Haiti’s now-former chief prosecutor, who asked a judge this month to charge the prime minister in President President Jovenel Moïse’s July 7 assassination. The prosecutor said Henry spoke to a key suspect twice in the hours after the killing.

Henry — who says he is striving to bring the culprits to justice, fired the prosecutor and the justice minister last week. Another top official resigned, accusing the prime minister of trying to obstruct justice.

Meanwhile, confusion about U.S. immigration policies and misinformation on social media propelled thousands of Haitians to the U.S. southern border in recent months. A massive migrant camp — largely made up of Haitians, many of whom had been in Mexico or other Latin American countries for years — sprouted in the town of Del Rio, Texas, peaking last week at over 14,000 people hoping to gain entry to the U.S.

The camp has now been cleared. Some people have been deported; about 12,400 migrants have been allowed into the U.S., at least temporarily, to pursue their claims to stay, Homeland Security Secretary Alejandro Mayorkas said.