‘He gave up on us’: Patriots fans voice mixed reactions to Rob Gronkowski’s absence ahead of Sunday’s game 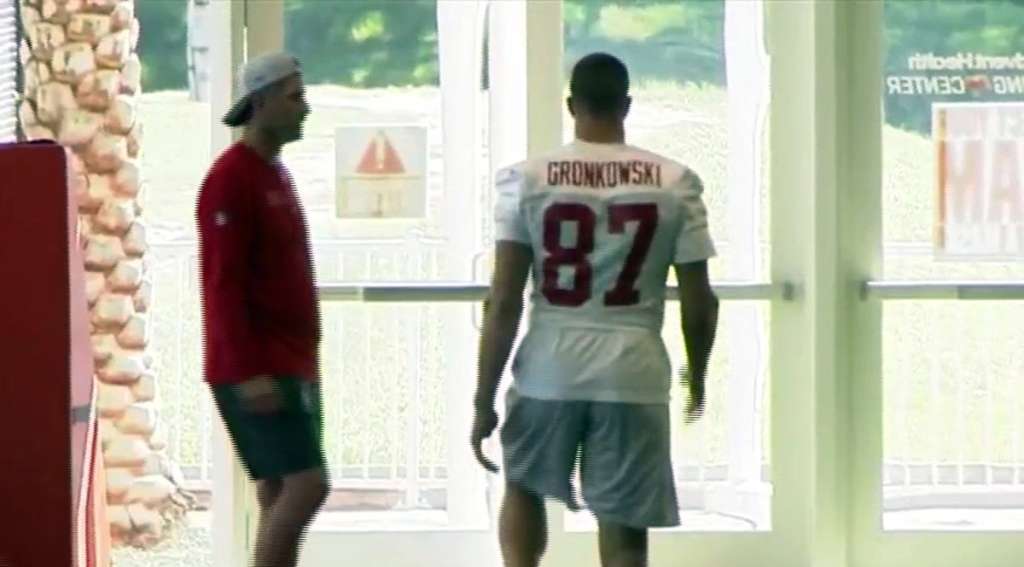 ESPN officials on Saturday reported that Rob Gronkowski wouldn’t be returning to New England for Sunday’s highly-anticipated Patriots-Buccaneers game at Gillette Stadium due to his rib injury.

The announcement came after Tampa Bay head coach Bruce Arians announced Friday that Gronkowski would be a “game-time decision” against the New England Patriots.

Gronkowski had been unable to practice this week due to an injury to his ribs that he suffered last week in a loss against the Los Angeles Rams.

Some fans were disappointed the “dynamic duo” of Gronk and Brady wouldn’t be together for Sunday’s game.

“I’m bummed not to see him. I’m really disappointed, but he takes his knocks,” said Patriots fan Karen Smith.

Other Patriots fans say they won’t mind Gronk’s absence at the big game.

“I love Gronk, but he gave up on us I think,” said Patriots fan Steven Devine.

In nine seasons with the Patriots, Gronkowski hauled in more than 500 passes and snagged 79 touchdowns from Tom Brady.

He won three Super Bowl rings in New England before teaming up with Brady in Tampa last season.