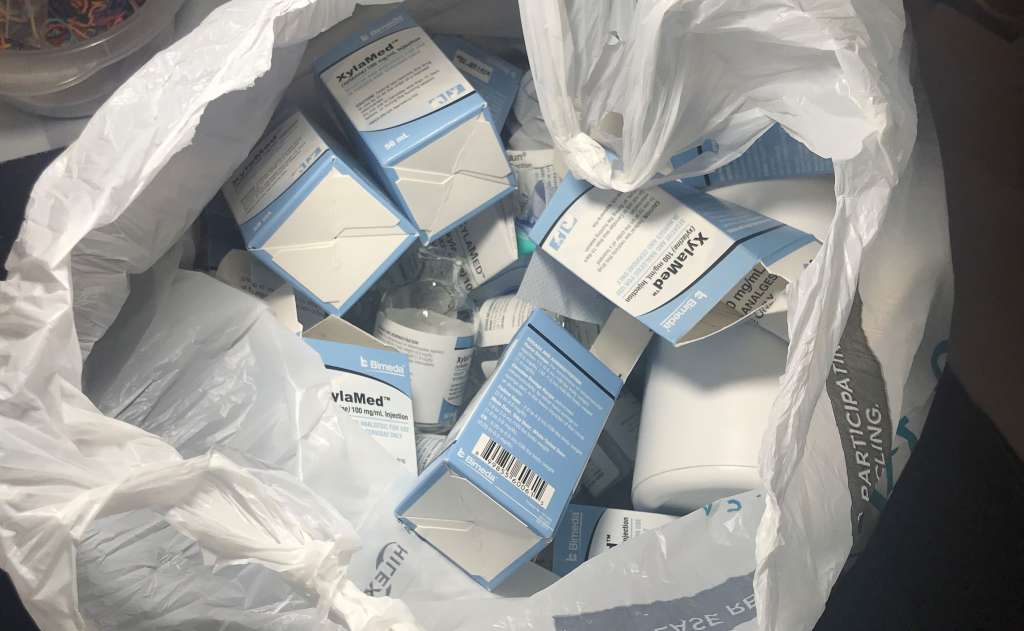 (CNN) — A new and dangerous street drug is emerging in the US.

And in Philadelphia, where drug overdoses have spiked to historic highs, it was present in nearly one-third of all fatal opioid overdose cases in 2019.

A new study in the journal Injury Prevention, published Wednesday, suggests the opioid epidemic in the US continues to evolve.

Xylazine is not for humans

Different from ketamine, an animal tranquilizer also used — effectively — in human medicine, xylazine has not been approved by the FDA for human use.

In humans, the study said, xylazine may depress the central nervous and respiratory systems, and cause low blood pressure and a slow heart rate.

When it’s combined with opioids to create “tranq dope,” it may be deadly.

‘Tranq’ use is spiking in Philadelphia

Philadelphia has been in the throes of a worsening opioid crisis in recent years, slightly relieved by the life-saving overdose reversal drug, naloxone.

But naxolone is ineffective for xylazine poisoning, because xylazine is not an opioid.

Between 2010-2015, xylazine was only detected in 2% of heroin and/or fentanyl overdose deaths in Philadelphia.

The reasons for its spike over the past decade aren’t yet clear, Jewell Johnson, MPH, substance abuse epidemiologist at the Philadelphia Department of Public Health and lead author on the study, told CNN.

But, she said, one reason xylazine use is surging so quickly may be because of its powerful sedative effects.

“We have heard in focus groups with people who use drugs in Philadelphia that ‘tranq dope makes you feel like you’re doing dope [heroin] in the old days [before it was replaced by fentanyl],'” she said.

According to the study, fentanyl has largely eclipsed heroin’s place in Philadelphia’s illicit drug market.

The study said a combination approach for overdoses involving both xylazine and opioids — or “tranq dope” — may include naloxone with other measures, like intubation and ventilation.

It’s involved in overdoses in other states

Philadelphia isn’t the only US city to find a rise of xylazine in toxicology reports.

“We started seeing clients that had necrotic tissue damage and severe abscesses … related to both injection use and snorting,” Andrea Walker, director of Behavioral Health Services for the Frederick County Health Department in Maryland, told CNN.

“We started hearing reports from the people who were using these substances — about really distressing side effects, such as periods of extended blackout,” she said. “They were losing hours of time.”

After obtaining and testing substance samples, Walker said xylazine was being used as a cutting agent for fentanyl, heroin and cocaine.

She confirmed that xylazine is still present in Frederick County, and was detected in a sample as recently as Dec. 29.

What we know and where it’s headed

While xylazine is newly emerging in the continental US, it has been a drug of abuse in Puerto Rico since the early 2000s, the study said.

A different study published in 2012 found that the prevalence of xylazine use among drug users sampled in the San Juan metropolitan area was 80.7%.

Xylazine’s trajectory in Philadelphia and elsewhere remains to be seen.

Now, the study calls on jurisdictions who don’t test for xylazine in toxicology reports to include it. Researchers are also pushing for more education about the drug.

“Public efforts should be focused on informing people who use drugs that their drug supply may have been adulterated with xylazine, and warn them about the adverse effects,” Johnson said.

More research is needed, she said, to understand the health consequences of xylazine use in combination with other drugs.