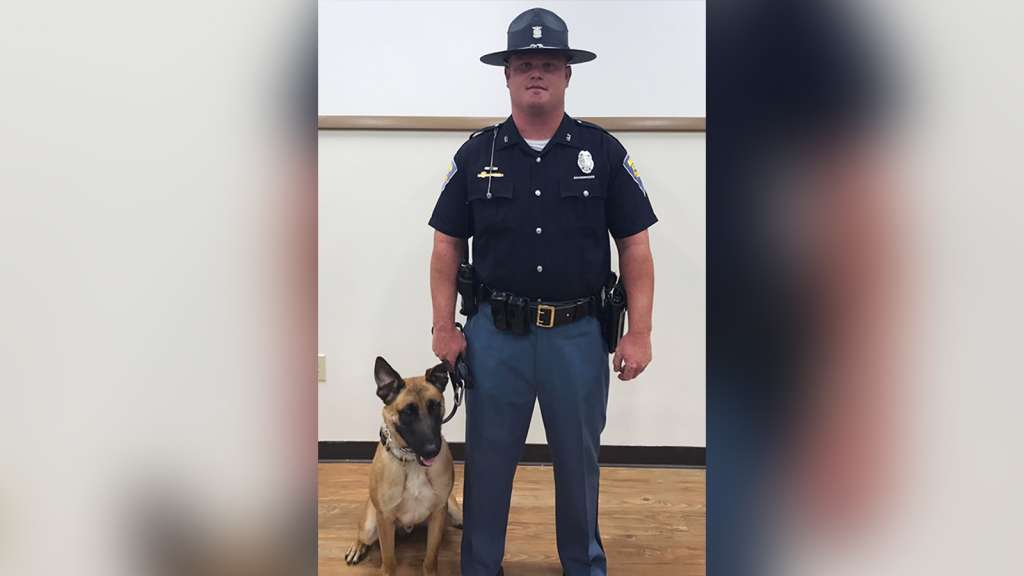 Dustan Rubenacker, 29, was charged with striking a law enforcement animal, which is a Class A misdemeanor, the Indiana State Police said in a news release. He is on paid administrative leave, it said.

CNN has attempted to reach Rubenacker for comment. He is scheduled to appear in Dubois Circuit Court on July 6 at 10:30 a.m.

According to the news release, Rubenacker and his K-9, Odin, were in a training session on March 17 in Jasper, Indiana, at which several K-9 teams were present.

During the session, Odin wasn’t focusing on the correct target and Rubenacker allegedly used “unreasonable discipline” against him, causing the injury, the release said.

Odin was taken to a veterinarian clinic with a serious fracture to his right rear leg that required surgery, police said. State police said they don’t know if he will return to work.

Odin is a 5-year-old Belgian Malinois and has been a member of the Indiana State Police for nearly four years, according to the press release.

Rubenacker has been with the state police for six years. An internal investigation into the incident is ongoing, state police said.