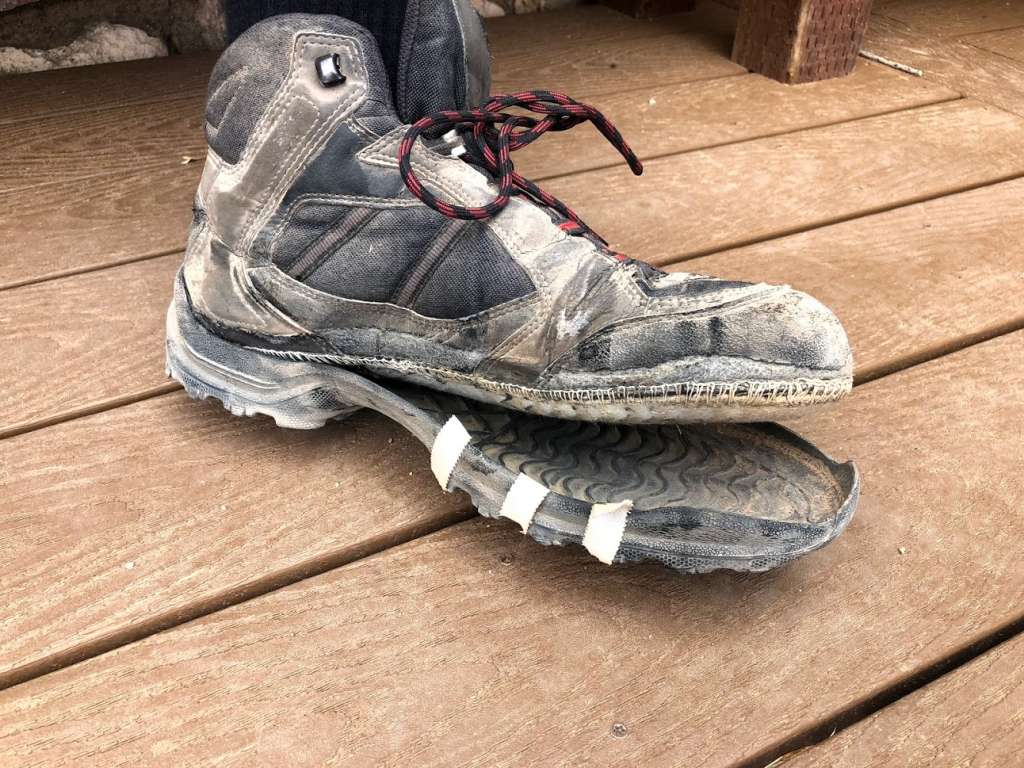 (CNN) — The National Park Service is warning visitors to the Grand Canyon that Wednesday’s extreme heat could pose an unusual danger: melted shoes.

In a tweet Monday, the Grand Canyon NPS showed how excessive heat can cause the glue holding hiking boots to melt, making the shoe fall apart. This warning comes on top of additional concerns about extreme heat in the West.

Temperatures in the Grand Canyon are predicted to hit 112 degrees Fahrenheit Wednesday. The heat will get more intense with lower elevation.

The National Weather Service has issued an Excessive Heat Warning for elevations below 4000 feet in the Grand Canyon, cautioning that temperatures will get more extreme deeper into the canyon. People in the area are advised to stay hydrated and out of the sun.

“Temperatures can be vastly different on ridges and mountains than down in canyons and valleys,” says CNN meteorologist Haley Brink.

You can thank a weather phenomenon called adiabatic heating. As air sinks down into a lower elevation, it gets compressed, compressed air releases heat as energy. This caused the air mass to become even warmer.

“This is why you can see temperatures in the 90’s at the top of the Grand Canyon but temperatures 20-30 degrees hotter at the bottom of the canyon,” Brink says.

Much of the West is under a heat advisory this week as high temperatures bake the region.

“Temperatures across much of the West are climbing into the triple digits for several days this week,” CNN meteorologist Haley Brink says.

Northern California is expected to see record highs by the end of the week.

“Monday and Tuesday, many locations across the central California valley record temperatures in the upper 90’s and triple digits,” Brink says. “This heat wave is forecast to stick around for the remainder of the week as a ridge of high pressure has set up over the region.”

While high temperatures are typical for the West in the summer, this week’s highs will likely be some if not the year’s hottest temperatures.

“Heat like this only happens a few times each year,” the National Weather Service in Sacramento says.

High temperatures are coinciding with a wildfire season already made more difficult by the coronavirus pandemic. The National Interagency Fire Center is predicting an “above normal” risk for large fires this year in parts of the Southwest.

Fires continue to burn in Arizona. The Magnum fire in the northwest part of the state has forced the temporary closure of the North Rim of Grand Canyon. Fire season is expected to continue well into July.