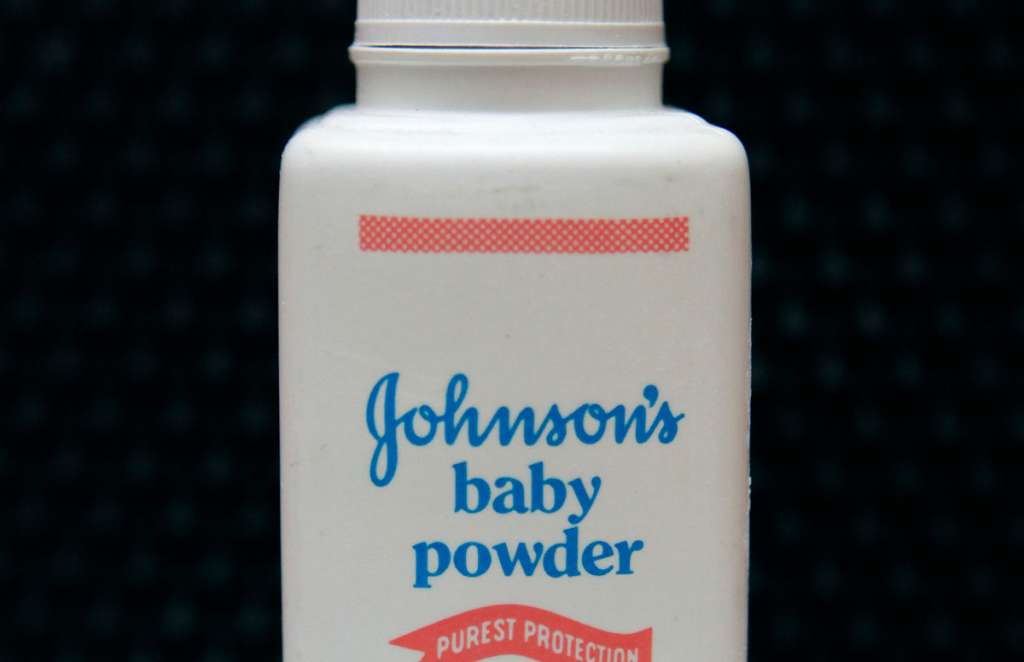 FILE - In this April 15, 2011, file photo, a bottle of Johnson's baby powder is displayed. Johnson & Johnson is asking for Supreme Court review of a $2 billion verdict in favor of women who claim they developed ovarian cancer from using the company's talc products. (AP Photo/Jeff Chiu, File)

WASHINGTON (AP) — The Supreme Court is leaving in place a $2 billion verdict in favor of women who claim they developed ovarian cancer from using Johnson & Johnson talc products.

The justices did not comment Tuesday in rejecting Johnson & Johnson’s appeal. The company argued that it was not treated fairly in facing one trial involving 22 cancer sufferers who came from 12 states and different backgrounds.

A Missouri jury initially awarded the women $4.7 billion, but a state appeals court dropped two women from the suit and reduced the award to $2 billion. The jury found that the company’s talc products contain asbestos and asbestos-laced talc can cause ovarian cancer. The company disputes both points.

Justices Samuel Alito and Brett Kavanaugh took no part in the court’s action. Alito owns $15,000 to $50,000 in Johnson & Johnson stock. Kavanaugh’s father headed the trade association that lobbied against labeling talc a carcinogen and including a warning label on talc products.

Ethicists contacted by The Associated Press said they did not think E. Edward Kavanaugh’s role required his son to step aside from the case.

Johnson & Johnson, which is based in New Brunswick, New Jersey, has stopped selling its iconic talc-based Johnson’s Baby Powder in the U.S. and Canada, though it remains on the market elsewhere.