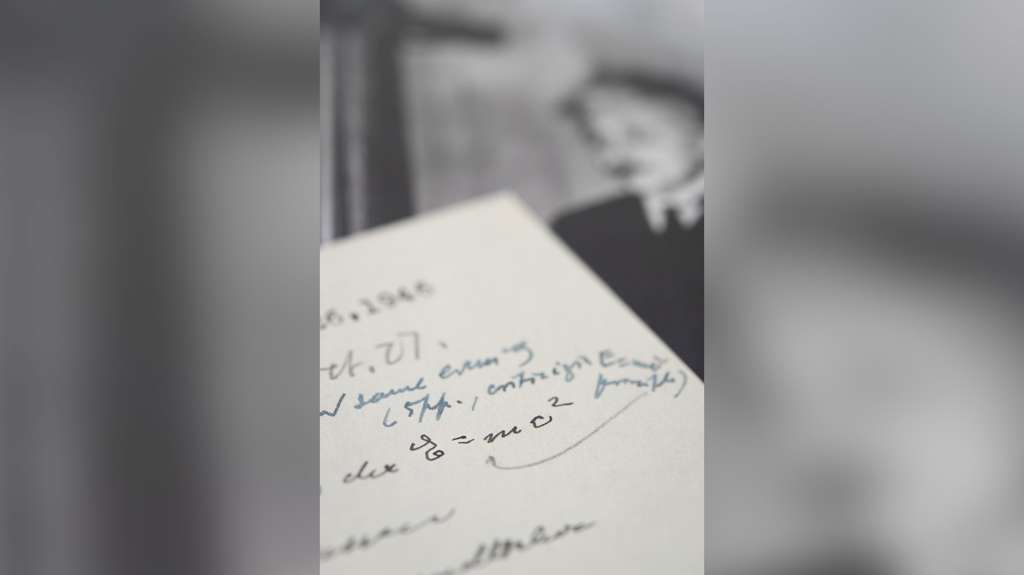 One of the few handwritten examples of "E=mc2." Credit: Einstein Archives of Ludwik Silberstein Auction/RR Auction

(CNN) — A letter written by Albert Einstein that includes the world’s most famous equation is being auctioned with an estimated worth of $400,000.

The letter, written by Einstein to the Polish-American physicist Ludwik Silberstein, was penned in 1946 and contains the only handwritten example of “E=mc2” in private possession, according to a news release from RR Auction.

Archivists at the Einstein Papers Project at Caltech and the Hebrew University of Jerusalem say the papers that reside at the schools contain the only other known holographic examples.

The one-page letter shows the equation in the first line, which translates to: “Your question can be answered from the E = mc2 formula, without any erudition. If E is the energy of your system consisting of the two masses, E0 the energy of the masses when they approach infinite distance, then the system’s mass defect is E0 – E / c2.”

“It’s an important letter from both a holographic and a physics point of view, as it shows Einstein’s thinking on one of the most basic of all physical problems,” Bobby Livingston, executive vice president of RR Auction, said in the release.

The letter will be auctioned along with some of Einstein’s other letters, including one where he writes out his gravitational field equations, and comments on the rise of Hitler and Nazism in 1934.