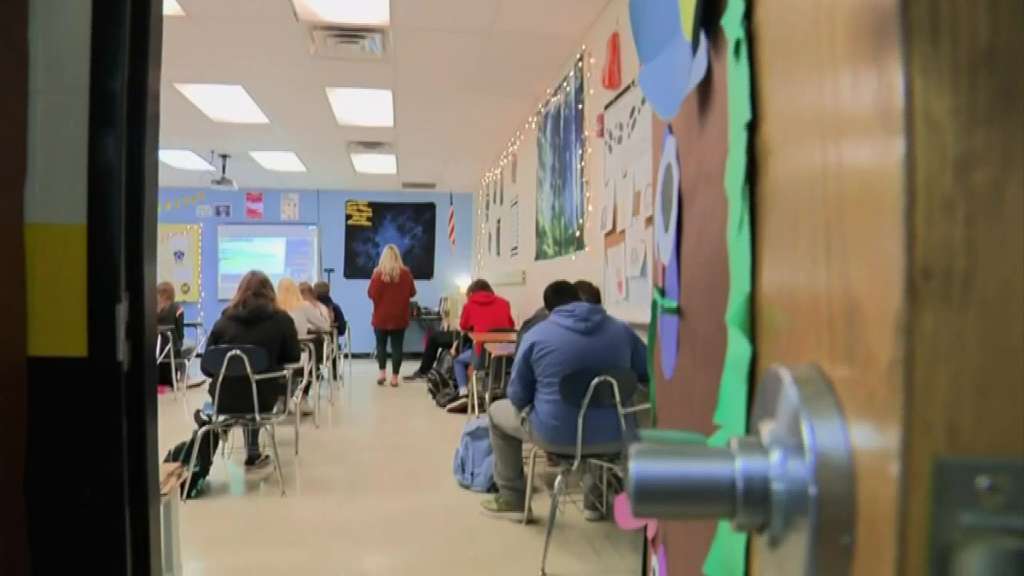 BOSTON (AP) — Middle and high school students in Massachusetts would learn about the history of genocide and human rights issues under a bill approved by state lawmakers Wednesday.

The bill requires middle schools and high schools in the state to include instruction on the history of genocide. The legislation comes as incidences of hate and antisemitism are on the rise across the country, with several incidents reported in Massachusetts over the past year, lawmakers said.

Republican Gov. Charlie Baker has 10 days to decide whether to sign the bill into law. Massachusetts does not currently require education on the Holocaust or other genocides as part of its classroom curriculum.

Lawmakers renewed the push for mandating education about the history of genocide earlier this year after a high school football coach was fired following reports that the team used antisemitic language, including a mention of Auschwitz, in its on-field play calling.

The Massachusetts Senate last year approved a similar bill to require instruction on genocide before students graduate from high school, but it did not reach Baker’s desk.

This bill would create a Genocide Education Trust Fund to support the development of teaching materials and to provide professional development training for educators.

The legislation would also require school districts to annually file a description of their lesson plan and programs to educate students about genocides with the Department of Elementary and Secondary Education.

According to the U.S. Holocaust Memorial Museum, as many as 17 states require Holocaust education as part of their secondary school curriculums.

Lawmakers who support the bill point to a 2020 survey by the Conference on Jewish Material Claims Against Germany. The survey gauged Holocaust knowledge among millennials and Generation Z populations and found that 63% of respondents in the United States did not know six million Jews were murdered in the Holocaust.

The survey also found nearly half of respondents were unfamiliar with Nazi concentration camps like Auschwitz.

Democratic Senate President Karen Spilka said that while past crimes against humanity can’t be undone, society must learn from them.

“As a Jewish woman and daughter of a World War II veteran who liberated the Buchenwald Concentration Camp, I believe it is our responsibility to ensure we educate our children on the many instances of genocide throughout history so that it is never repeated,” Spilka said in a written statement.

An outside investigator in June found that the Duxbury high school football team that used antisemitic language during a game this season has been using similar language at practice for about a decade.

The investigator was hired in March in response to revelations that the Duxbury High School team used the word “Auschwitz” during on-field play calling during a game. The team also used the words “rabbi” and “dreidel.”

Duxbury schools Superintendent John Antonucci in a summary of the report released at the time said the coaching staff likely was aware the team was using such language.