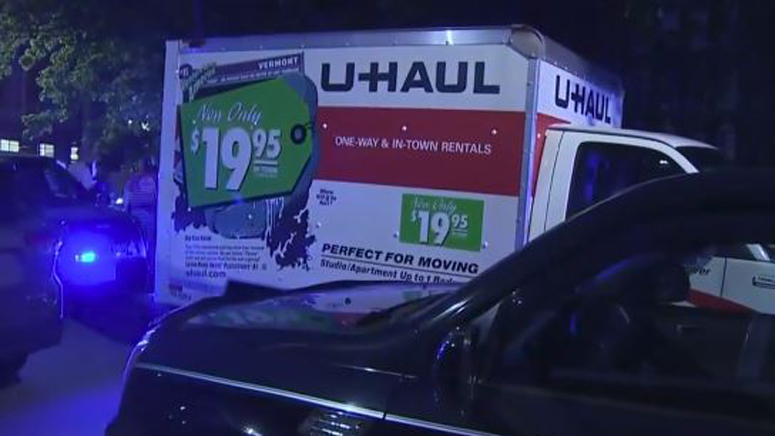 BOSTON (WHDH) - Two 16-year-old boys were among the three people arrested on weapons charges Tuesday after officers responded to a report of shots fired from a U-Haul truck in Dorchester, officials said.

Officers who heard the sound of gunshots in the area of Washington and Fenelon streets about 8:19 p.m. spotted a U-Haul box truck that was speeding away from the area, according to Boston police.

After stopping the truck at the intersection of Than and Athelold streets, the driver, later identified as Manuel Duran-Portillo, 22, of Everett, was arrested after the two teens were allegedly found riding in the back of the vehicle with loaded guns.