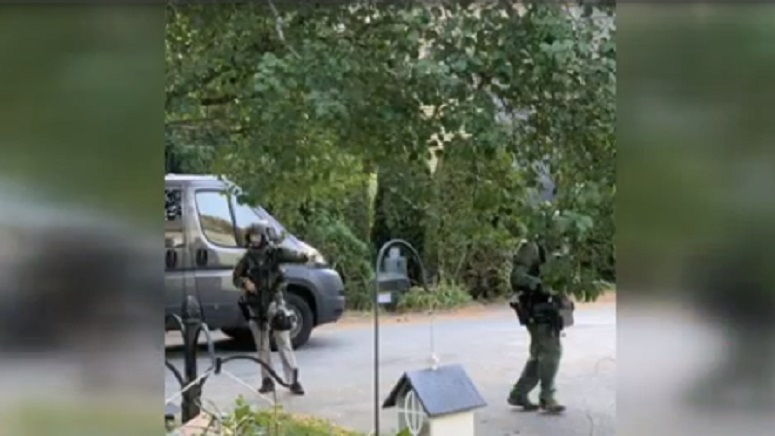 FRANKLIN, MASS. (WHDH) - A man is facing numerous charges, including assault to murder, after firing at police officers during a standoff in Franklin Sunday, officials said.

Officers responding to reports of a man having a mental health crisis at the Spruce Pond condo complex shortly before 1 p.m. were told the man was armed with a handgun, police said. The man allegedly fired at police while they were in an armored vehicle before police arrested him using less-than-lethal ammunition.

Thomas E. McManus, 53, of Franklin, was hospitalized after being taken into custody.