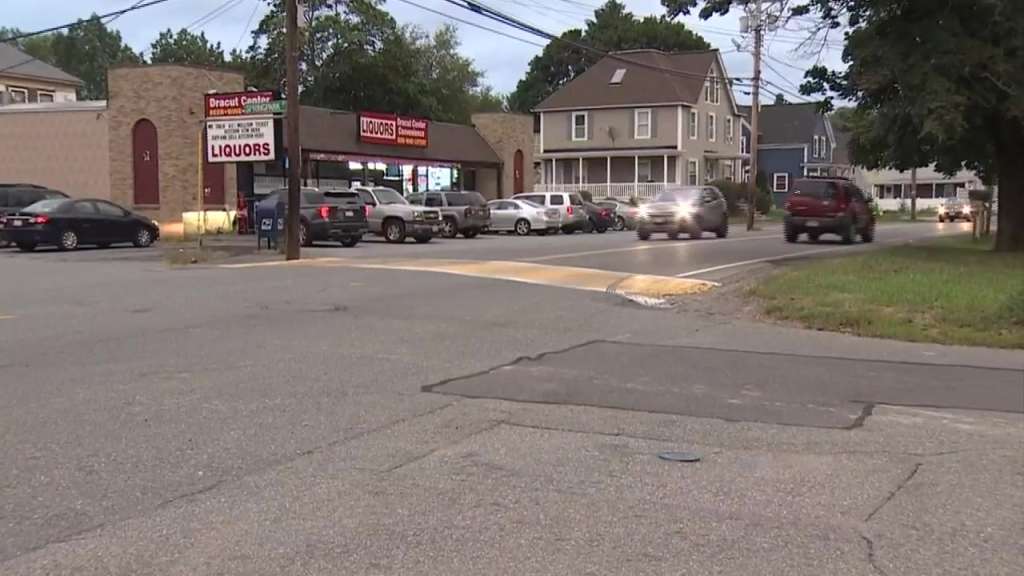 DRACUT, MASS. (WHDH) - A Lowell man has been charged in connection with firing a gun at a family during a road rage incident in Dracut last weekend before crashing his vehicle days later.

Brayan Santana-Moyet, 22, is facing three counts of assault with a dangerous weapon, discharging a firearm within 500 feet of a dwelling, possession of a large-capacity firearm, malicious damage to a motor vehicle, possession of a firearm during the commission of a felony, and carrying a firearm without a license in connection with the alleged shooting, Middlesex District Attorney Marian Ryan, Dracut Chief of Police Peter Bartlett and Lowell Police Superintendent Kelly Richardson announced Friday.

He has also been charged with carrying a loaded firearm without a license, possession of a large-capacity magazine, and receiving stolen property following the crash in Lowell.

Santana-Moyet had been driving in the area of Bridge Street last Saturday when he attempted to make a right turn but was unable to because of a vehicle driven by a 32-year-old Lowell with a 33-year-old male passenger, of Hudson, New Hampshire, and their two children, officials said.

He allegedly appeared impatient and was seen throwing his hands up before following the victim down Pleasant Street, driving in front of and alongside the vehicle and braking intermittently.

As the victim attempted to maneuver around Santana-Moyet, he exited the car and fired multiple shots, striking the vehicle once before fleeing the scene, officials said.

The family in the vehicle was not injured.

On Monday, Santana-Moyet was allegedly driving in Lowell with two passengers when he was seen by a police officer traveling the wrong direction down Middlesex Street, officials added.

He reportedly continued onto Burnside Street and struck a large pick-up truck head-on.

Santana-Moyet and his two passengers were transported to area hospitals.

Santana-Moyet remains hospitalized at this time, while the other two occupants have been released.

The driver of the pickup truck was not seriously injured.

A subsequent investigation into this incident, including a review of surveillance video and witness interviews, police positively identified Santana-Moyet as the suspect in the Dracut shooting, officials said.

His arraignment date has not yet been set.

The two passengers of Santana-Moyet’s vehicle at the time of the crash in Lowell — Kevin Santiago, 23, of Lowell, and Leilany Colon, 22, of Lowell — have both been charged with carrying a firearm without a license, possession of a large-capacity firearm, and carrying a loaded firearm that had been found in the car, officials said.

Colon was arraigned Thursday in Lowell District Court and released on personal recognizance.

The arraignment date for Santiago has not yet been set.