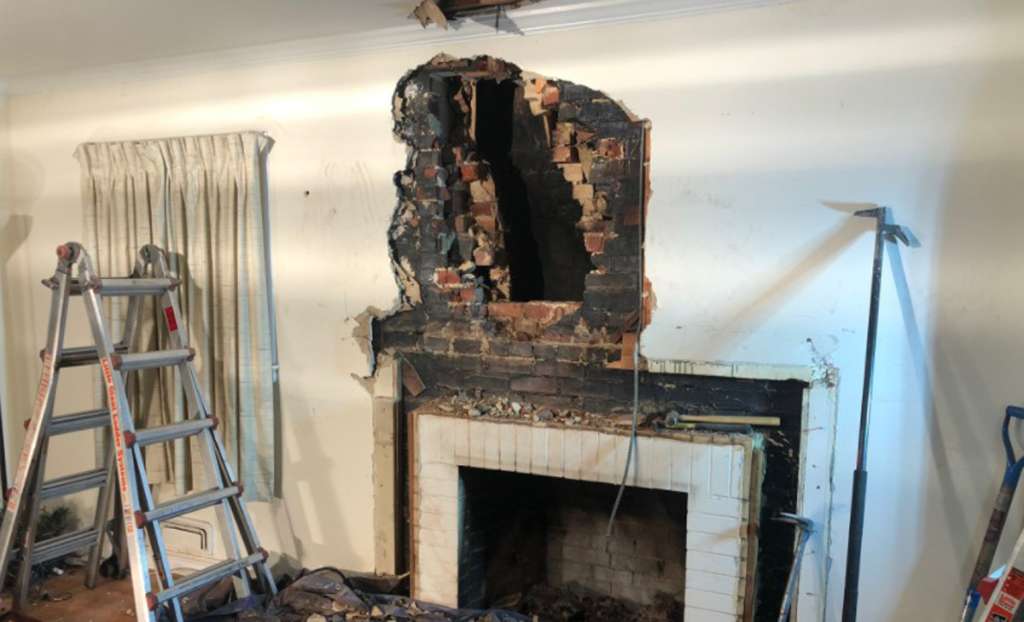 (WHDH) — A suspected burglar had to be rescued by firefighters after he got stuck in a chimney during an apparent break-in attempt at a home in Maryland over the weekend, officials said.

Emergency crews responding to a report of a person stuck in a chimney at a home in Silver Spring around 6 a.m. on Saturday found a man stuck in the brick ventilation structure, according to the Montgomery County Fire & Rescue Service.

Dozens of firefighters spent about 90 minutes methodically removing bricks from the wall before they were able to extricate the man, who was taken to an area trauma center.

It’s not clear how the man got stuck but police say he did not live at the home.

Photos from the scene showed a gaping hole in the wall and debris strewn all over the living room floor.

It’s not clear if charges have been filed against the man.