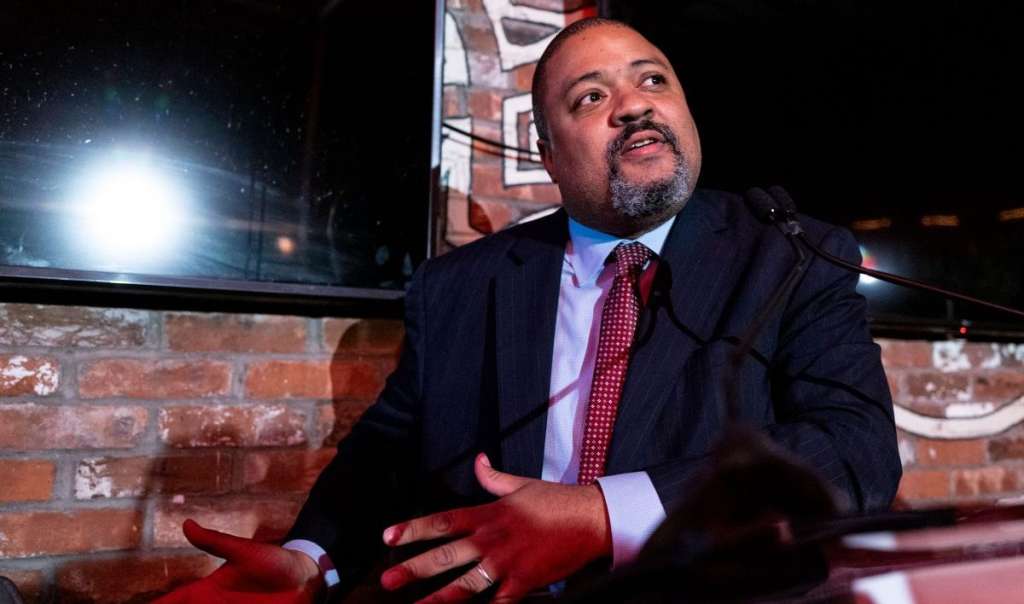 Among the crimes Bragg said his office would not prosecute: marijuana misdemeanors, including selling more than three ounces; not paying public transportation fare; trespassing except a fourth degree stalking charge, resisting arrest, obstructing governmental administration in certain cases, and prostitution.

Misdemeanor offenses that are legally required to be given a “desk appearance ticket” will be offered diversion or community-based programs intended to help an offender, the memo said. The office may also decline to prosecute the offense.

Bragg wants to “reserve pretrial detention for very serious cases,” according to the memo, and he intends to limit underage defendants in adult courts. Bragg also outlined a policy to request partially or unsecured bond in the same amount as cash bail requests.

“Safety is paramount. New Yorkers deserve to be safe from crime and safe from the dangers posed by mass incarceration. We will be tough when we need to be, but we will not be seeking to destroy lives through unnecessary incarceration,” Bragg said on Twitter.

The policy reform plan has drawn ire from police union Police Benevolent Association, whose president said the organization is concerned about the messages these types of policies send to police officers and “criminals on the street.”

“Police officers don’t want to be sent out to enforce laws that the district attorneys won’t prosecute,” PBA president Patrick Lynch said in a statement to CNN. “And there are already too many people who believe that they can commit crimes, resist arrest, interfere with police officers and face zero consequences.”

Lynch said in the statement that the looks forward to discussing these issues with Bragg.

In the memo, Bragg detailed his experiences with the criminal justice system growing up as a black man in Harlem, with guns pointed at him multiple times by both police and civilians and having posted bail for family members. He also described walking with his children through “yellow crime scene tape” from a shooting near his home just a few months ago.

“These policy changes not only will, in and of themselves, make us safer; they also will free up prosecutorial resources to focus on violent crime,” Bragg said in the memo, adding that his commitment to making incarceration a matter of last resort is “immutable.”

The new district attorney said he wants to invest more in alternatives to incarceration that he says will reduce re-offending and conserve resources.

His office will focus on accountability, he said, not sentence length. “Research is clear that, after a certain length, longer sentences do not deter crime or result in greater community safety,” he said, adding that his department will expand its use of “restorative justice programming.”

Tina Luongo, attorney-in-charge for The Legal Aid Society, called it a “substantive first step to reform an office that long resorted to making excessive bail requests and overcharging our clients.”