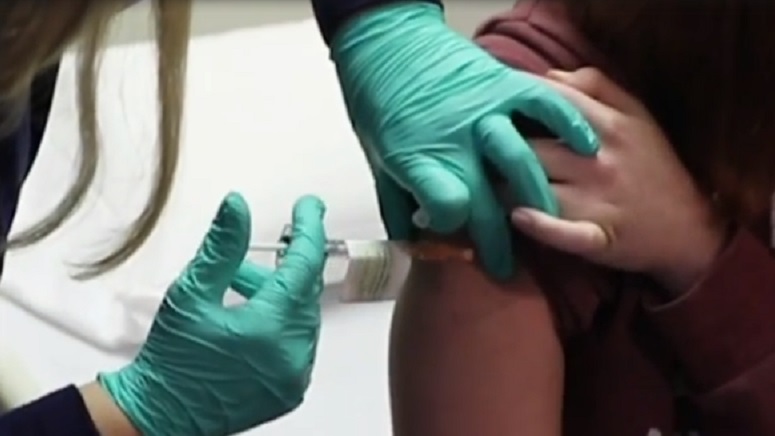 Now that everyone who can get vaccinated against COVID-19 is eligible to do so, Massachusetts is restructuring its vaccine delivery methods. But some things will stay in place as the state anticipates that federal regulators will soon authorize the Pfizer vaccine for kids as young as 12.

To this point, only people 16 or older have been able to get vaccinated against the coronavirus. But Pfizer last month asked the U.S. Food and Drug Administration to amend its emergency use authorization to allow it to be given to people ages 12 or above after clinical trial results “demonstrated 100% efficacy and robust antibody responses.”

“It’s likely going to be at some point that there’s going to be an EUA from the FDA for kids over the age of 12,” Baker said Friday. On Monday, Lt. Gov. Karyn Polito said the state “is anticipating that the CDC may authorize vaccines for children ages 12 through 15” at some point “in the coming weeks.”

To be ready to meet the demand if or when federal authorities give the green light to a teen vaccine, Baker and Polito announced Monday that the state will keep in place its vaccine pre-registration system even as four of the seven mass vaccination sites it serves are phased out so that parents who would prefer to bring their kids to a mass vaccination site can sign up ahead of time.

Polito said more information would be forthcoming if the feds approve the expansion of the Pfizer emergency use authorization and Baker suggested the state might try out new delivery methods to get younger people inoculated.

“We’ll probably pursue the same process that we’ve pursued with the rest of this, which is we’ll talk to a bunch of the experts and based on the guidance and advice we get from them, make sure we have infrastructure in place that’s going to work for that population,” he said when asked about doing mobile vaccination clinics at schools.

The governor added, “If that’s something that turns out to be an operative process, we’ll certainly consider it.”

On Sunday, during CBS’s “Face The Nation,” former FDA commissioner Scott Gottlieb said he thinks the Pfizer vaccine will soon be approved for children ages 12 through 15 and that about five million kids across the United States will get the vaccine as soon as they are able.

“There’s about 17 million children between the age of 12 and 15. I think we’ll pick up about five million immediately. I think probably another five million, five to seven million, would get vaccinated over the course of the summer before the school year,” he said.

It was unclear Monday how many additional people would become eligible for a COVID-19 vaccine in Massachusetts if one is approved for kids. There were roughly 641,190 people ages 10 through 17 in Massachusetts as of 2019, according to U.S. Census Bureau data.

Gottlieb, who advised Baker during the early days of the pandemic, said states are already working on ways to make COVID-19 vaccines more accessible to a younger population, including by making doses available to pediatricians.

“There’s a lot of effort underway right now to try to break the vaccine down into units that can be distributed to doctors’ offices to allow pediatricians to provide those vaccinations. And I think that’s ultimately the way we’re going to get more kids vaccinated,” Gottlieb said. “I think initially you’re going to see vaccination sites start to offer vaccines to children. Pharmacies will as well. But, really, the key to getting kids vaccinated is doing it through pediatricians.”