‘Megaspider’ is biggest of its kind we’ve ever seen, reptile park says 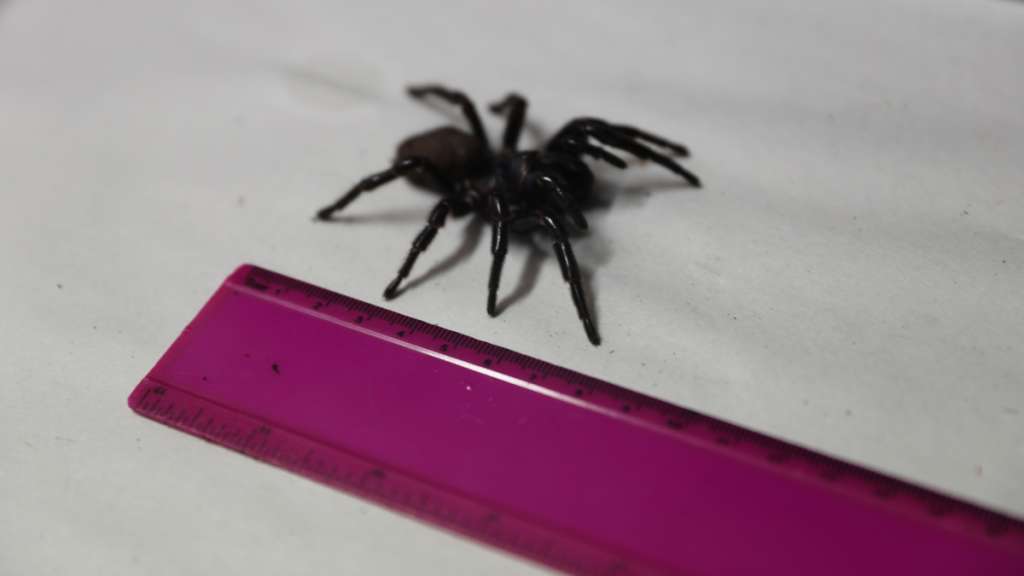 (CNN) — A massive funnel-web spider with fangs capable of piercing human fingernails has been donated to an antivenom program in Australia, sparking an appeal for its anonymous donor to come forward.

Nicknamed “Megaspider,” the arachnid measures 8 centimeters (about 3 inches) foot to foot, with fangs 2 centimeters (about 0.8 inches) long, the Australian Reptile Park said in a statement Friday. With a body measuring 5 centimeters (1.9 inches), it’s the largest funnel-web spider the park has ever seen, it added.

“She is unusually large and if we can get the public to hand in more spiders like her, it will only result in more lives being saved due to the huge amount of venom they can produce,” said Michael Tate, the park’s education officer. “We are really keen to find out where she came from in hopes to find more MASSIVE spiders like her.”

According to the Australian Museum, the average length of a funnel-web spider’s body is 1 to 5 centimeters, making this one on the large side. But it’s by no means the largest type of spider in Australia.

That honor belongs to the tarantula otherwise known as the whistling spider, due to the noise it emits when provoked. The body of the northern species Selenocosmia crassipes can grow up to 6 centimeters (2.4 inches) long, with a leg span of 16 centimeters (6.3 inches).

The funnel-web spider or Atrax robustus may be smaller, but they are “the most notorious members” of the country’s spider fauna, according to the Australian Museum’s website.

Though not all of the 40 or so varieties of the species are dangerous, “several are renowned for their highly toxic and fast acting venom,” with the male of the Sydney funnel-web spider linked to all 13 recorded human deaths, the museum said.

“This remarkable spider has become a part of Sydney’s folklore and, although no deaths have been recorded since the introduction of an antivenom in 1981, it remains an icon of fear and fascination for Sydneysiders,” the museum says.

The Australian Reptile Park said Megaspider’s fangs will be milked for venom that can be turned into antivenom.

The spider was donated somewhere in the Sydney or New South Wales coastal area, the park added.

“It was in a Tupperware container without any labels to signify where it came from,” the statement said. “Keepers are eager to find out the area in which it came from with hopes of finding more of the large spiders as they produce larger amounts of venom for the antivenom program.”